Sharks seen jumping out of water, feeding on fish at Myrtle Beach

Fish and sharks could be seen jumping up out of the water. 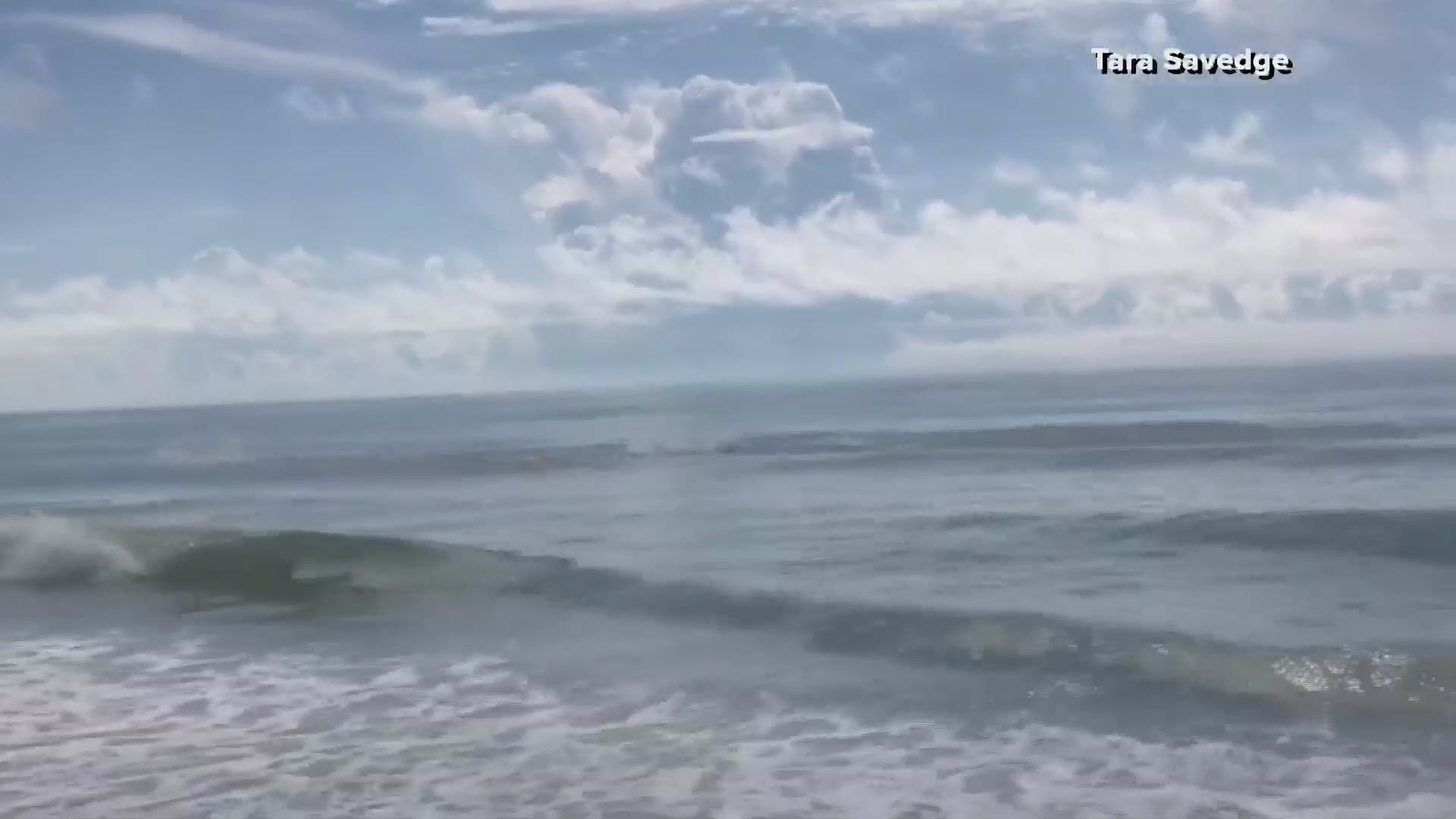 A family on vacation in Myrtle Beach captured quite a sight: a group of sharks feeding on fish right along the shoreline.

Tara Savedge of Richmond, Virginia says she and her family were out along a stretch of the beach at 53 Avenue North Monday morning. She says her son and nephew went out to skimboard on the water.

Suddenly, they noticed a school of  fish jumping up suddenly. "My husband said 'something's chasing them, maybe there's a shark in in the water,'" said Savedge.

She said for a brief moment, you could see the sharks jumping up too.

"I've never seen sharks jump out of the water like that," she said

The beach had to be evacuated for about an hour or so.

She said it did freak out her nephew, who was actually in the water at the time. But overall, she said her family was amazed by what they saw.

She said they don't know what type of shark it was, but a lifeguard looked at the video she recorded on her phone and estimated it was between four and six feet long.