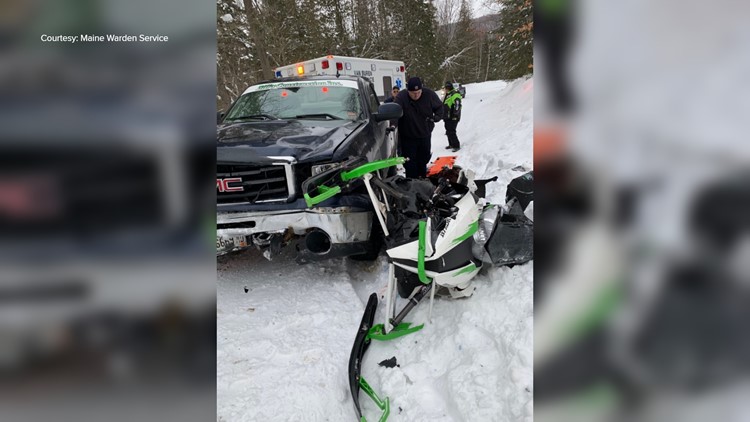 AROOSTOOK COUNTY, Maine — A man from Massachusetts crashed his snowmobile into a pickup truck near Long Lake on Monday afternoon, around 3:30.

Game Wardens say 48-year-old Mark Sutherland didn’t stop his snowmobile at the intersection of a plowed, private road. There he hit 68-year-old William LaPlante’s truck, who was also traveling through the intersection.

Warden’s say the impact was significant enough to cause the truck to spin completely around.

Sutherland suffered a broken leg, possible pelvis injuries, possible broken ribs, and his helmet was broken. He was taken to Cary Medical Center in Caribou. LaPlante was not injured in the crash.

According to his riding partner who witnessed the crash, Sutherland was not familiar with the trail or intersection.

The Maine Dept. of Inland Fisheries and Wildlife say high snowbanks and overgrown tree limbs attributed to the crash. Game wardens say they have worked with Gateway Snowmobile Club to make the intersection of this crash more visible and clearly marked.

Snowmobilers are urged to use extreme caution when intersecting and crossing roadways.