The 33-year-old isn't facing the next battle alone. She says she is grateful for the support from friends and strangers as she fights to become cancer free. 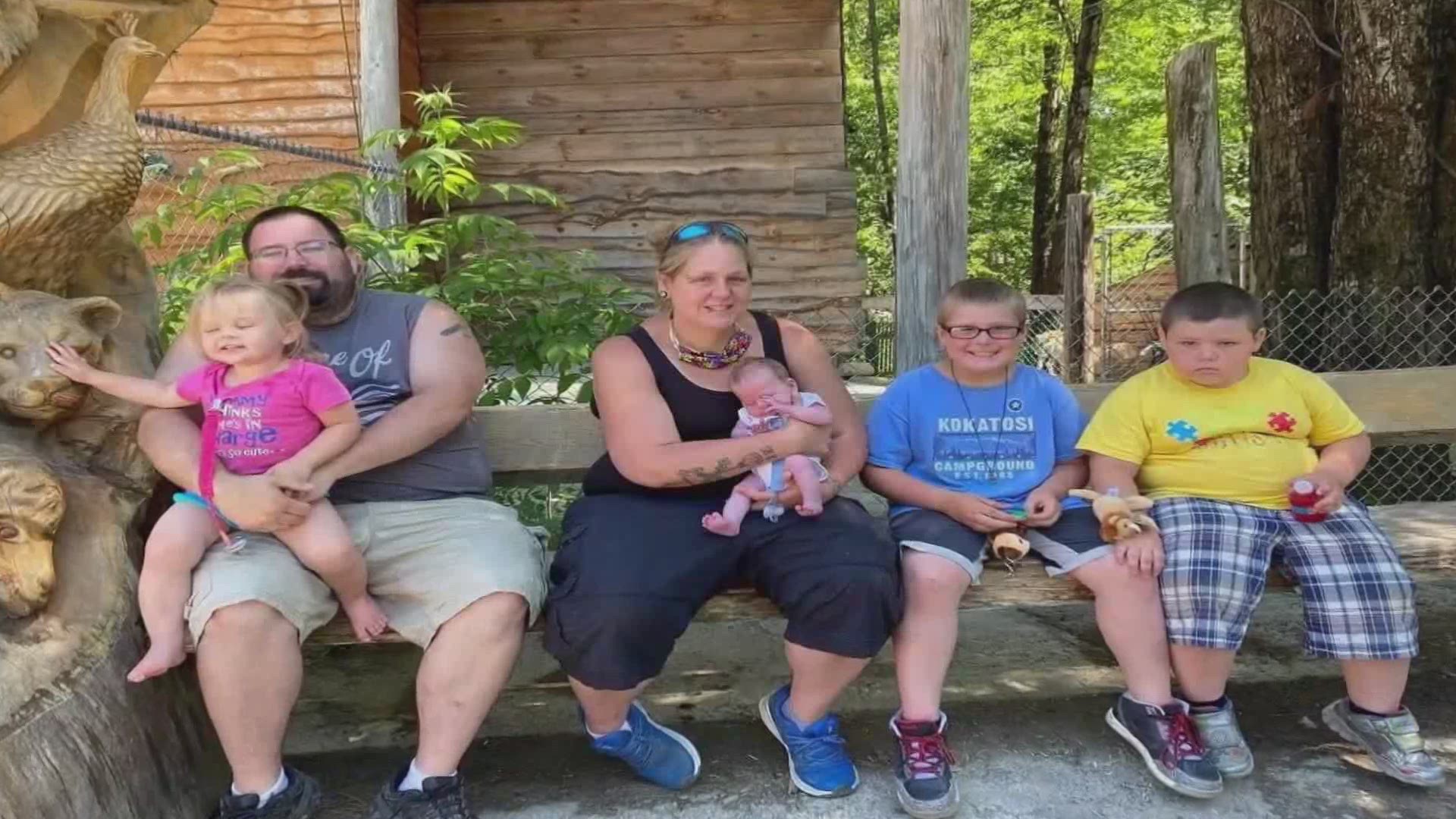 Last fall we told you about Liz Patten, a mother of four from Rockland who is battling a rare form of cancer. The tumor, which is called myxoid liposarcoma and occurs in fatty tissue, went undetected for months because she was pregnant. Doctors said undergoing an MRI would expose her to a chemical that could harm her unborn daughter.

That tumor was finally removed but the young mom's journey to a full recovery has had some setbacks.

In November, Liz underwent surgery at Dana Farber Cancer Institute in Boston to remove any remaining cancerous cells. But shortly after the surgery, complications started.

Liz had heart palpitations and later struggled with infections. She returned home to Maine in December, but her radiation treatment is delayed because her surgical wound is healing slower than expected.

"I should be healing a lot faster, which is just a struggle to try to find out why," she said.

To speed up the healing process, Liz is hooked up to a special vacuum, called negative pressure wound therapy.  The machine helps keep her wound free of fluid and air, and promotes healing.

Family members are helping Liz and her fiancé Adam care for the couple's four children, who range from nine years old to six months old. A GoFundMe is raising money for expenses and the community has stepped up too, providing gas cards to the family at Christmas.

Liz is expected to undergo skin grafting, possibly in the next week or so. The procedure involves removing damaged or dead skin tissue and replacing it with new, healthy skin from an unaffected area of the body.

The 33-year-old isn't facing the next battle alone. She says she is grateful for the support from friends and strangers as she fights to become cancer free.

For more information on GoFundMe for Liz, click HERE.

For more information on myxoid liposarcoma from the National Institutes of Health, click HERE.