Monta Said said it was cleansing feeling to know so many people were on the same wavelength as they deal with the hurt from recent tragedies. 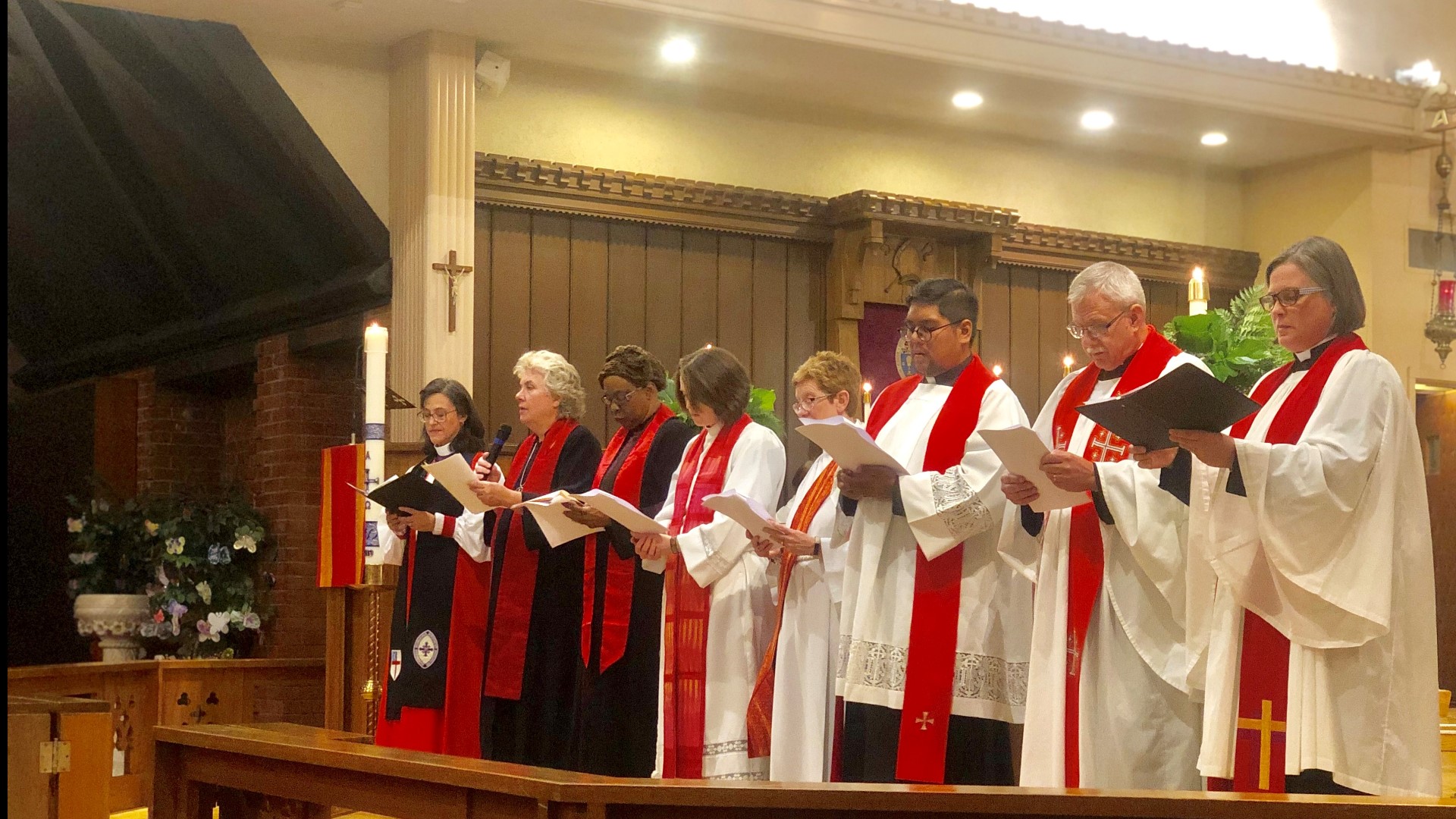 SACRAMENTO, Calif. — Sacramento faith leaders, civic leaders, and members of the community grieved the lives lost in the recent mass shootings during a vigil held at Trinity Episcopal Cathedral on Friday evening.

The service also included the reading of community names and the number of dead, where mass shootings have occurred in recent years.

"I came tonight because the list of gun tragedies is just too long," said Cindy Friday.

Sacramento Mayor Darrell Steinberg and Congresswoman Doris Matsui were among those who attended the vigil.

"We must not accept the common refrain that nothing will ever change," said Steinberg. "However long it takes to change the laws and the culture around gun violence, it will be too long but never too late."

Monta Said, who attended the service with her son, told ABC10 she left feeling hopeful.

"It was a very cleansing feeling to know that so many people were on the same wavelength," Said said. "The point is that we are all suffering from this tragedy, and I think we all have this sense of hurting right now, as a nation, and as a people.