RSU 21 to launch 'independent investigation' into claims of racism

The School Board released a statement Thursday saying it plans to investigate claims made by a former teacher at Kennebunk High School. 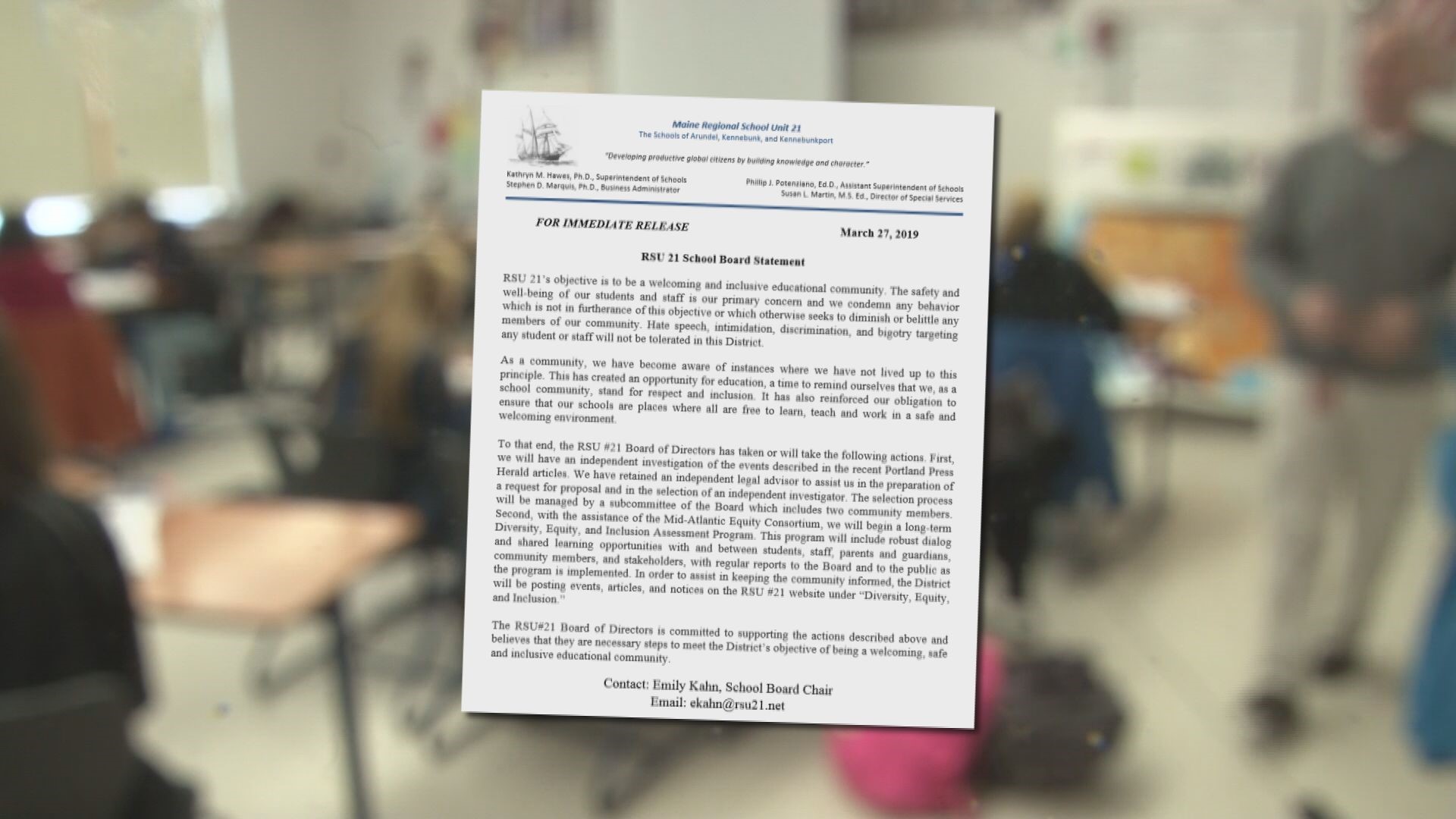 KENNEBUNK, Maine — School officials for RSU 21 announced they will be launching an “independent investigation” into claims of racism at Kennebunk High School.

In a statement from the school board released Thursday, the school district said it’s “objective is to be a welcoming and inclusive educational community” and admitting to instances where “we have not lived up to that principle.”

This all stems from reporting by the Portland Press Herald in February that a former teacher told the paper the school was aware of an issue with racism and did nothing to address it.

Rosa Slack told the Press Herald about an instance involving two students and a confederate flag.

“One of her students breezed into the classroom with a Confederate flag draped over his shoulders like a cape while another student recorded her reaction without her knowledge and posted images to social media,” the report said.

Those students were suspended, according to the report.

Slack also filed a raced-based complaint with the Maine Human Rights Commission claiming she was retaliated against for trying to report issues in the school.

The school district now says it will investigate the events described in that report.

The statement also said they plan to be launching a long-term diversity, equity and inclusion program.

“The safety and well-being of our students and staff is our primary concern,” the statement said in part. “Hate speech, intimidation, discrimination, and bigotry targeting any student or staff will not be tolerated in this district.”

Slack is now a teacher at another high school in southern Maine.

She did not return NEWS CENTER Maine’s request for comment.