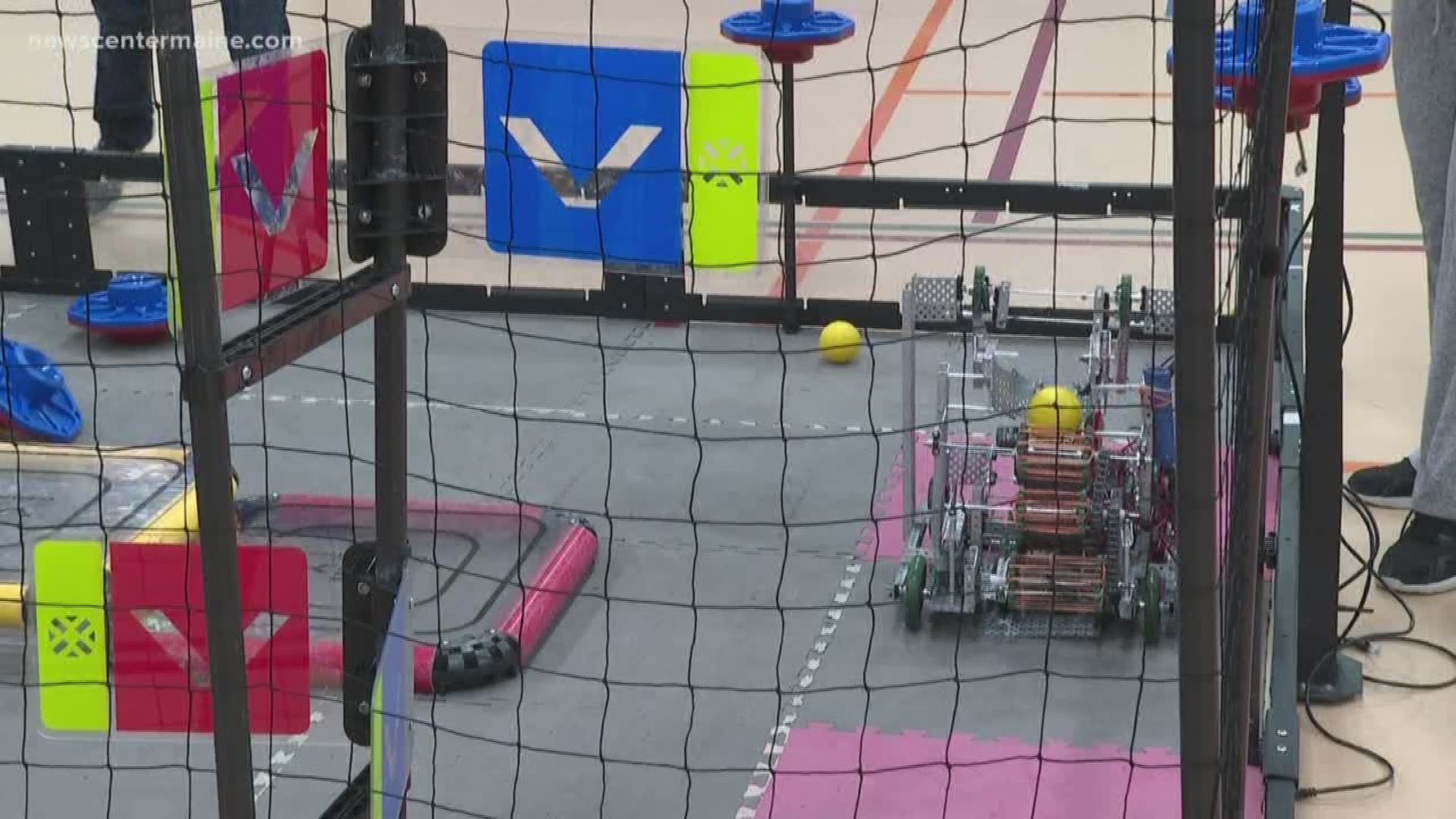 Maine made robots, built by over 250 Maine students, are competing in the Vex Robotics State Championships on Saturday

The 50 best high school and middle school teams are going head-to-head for six spots in the world championship in April in Louisville, Kentucky.

This is the first year Taylor Wildes and Cori Cote, both from Biddeford, competed. Wildes said at first it was intimidating being a part of only a handful of female students, but with the support of their team they are hoping for the best. They are telling others girls interested in robotics to give it a try.

"Since there are so many boys they might not think it's something they can do, but I tried it, and it's really fun," said Wildes. "I drive and she [Cote] mostly builds and I have so much fun doing it."

Credit: NCM
Students Cori Cote (Right) and Taylor Wildes (Left) are competing for the first time. Both are from Biddeford

More than 2,000 high school and middle school students are participate in the state's robotics competition program, according to RIM.

"They learn strategy, teamwork, they've got some big programming skills that they are developing as well,” said Kyle McLellem, the chairman of the Robotics Institute of Maine. “We really say it's hands on stem education."

Five winners will be from Maine high schools and one will be selected at the middle school level. Winners should be announced at the end of the competition Saturday evening.