Two public hearings on the 10.65% rate hike were held this week, with a third scheduled for Monday. 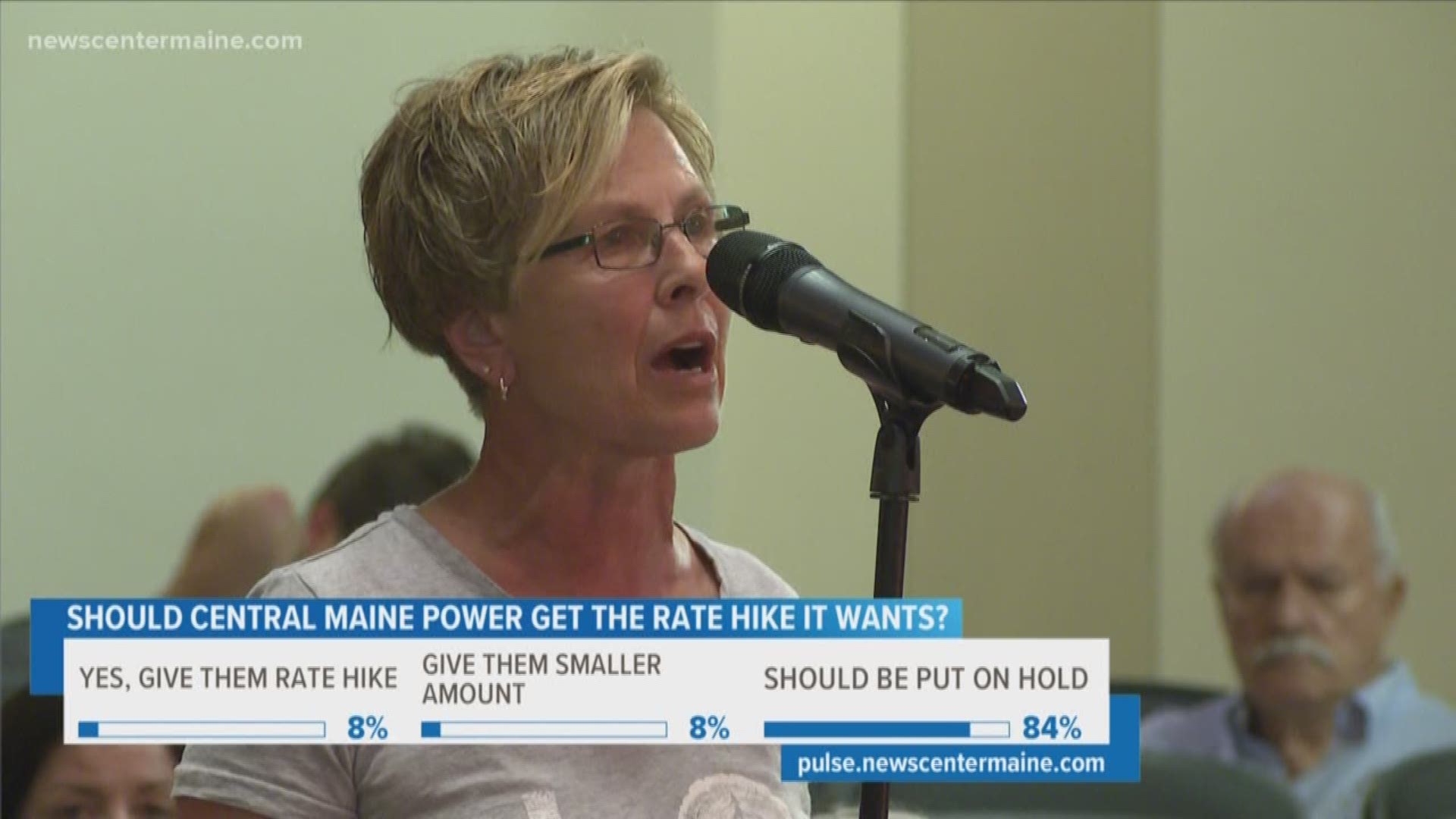 Two public hearings on the 10.65% rate hike were held this week, with a third scheduled for Monday. Both hearings featured dozens of complaints by ratepayers about CMP’s billing problems and customer service.

Public Advocate Barry Hobbins says he decided to file the request for a delay after Thursday’s hearing in Farmington.

"CMP ratepayers should not have to face the possibility of a rate increase when there are significant pending questions about CMP’s billing system, and when CMP management’s behavior demonstrates that the company does not take the issues seriously," the request states.

Those billing and metering issues are currently under investigation by both the Public Advocate and the Public Utilities Commission.

Barry Hobbins today asked the PUC to issue a 'stay' in the case, meaning it should be put on hold until investigations are done and "billing, metering, rate and management accountability issues" are resolved. The PUC will now have to decide whether to grant the request.

A final public hearing is scheduled for Monday in Hallowell.