Maine lawmakers voted down one of the three proposed bills Monday afternoon. 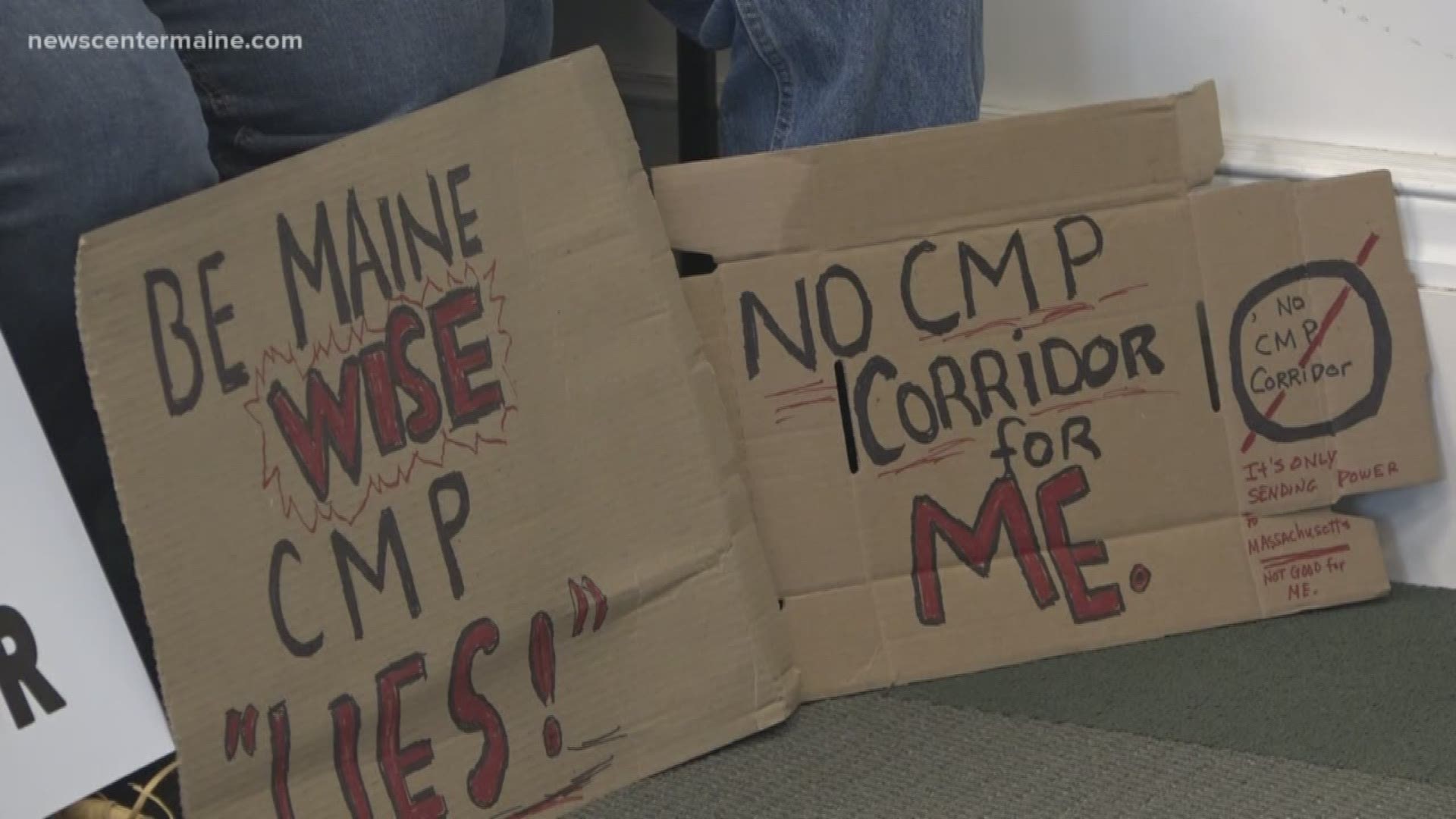 AUGUSTA, Maine — As the controversial CMP transmission line project gains more momentum, opponents are asking lawmakers to consider a handful of bills that, if passed, could potentially stall the project.

One bill, LD 640, went before legislators in Augusta Monday morning but was voted down. It would have required an independent study be done to determine the project's impact on reducing greenhouse gas emissions -- something opponents feel CMP has not been transparent enough about.

"I don't know why CMP is fighting so hard to hold back this study, but the people of Maine and the legislators deserve to have the truth," Elizabeth Caruso said. Caruso is an opponent of the project and selectman for the town of Caratunk -- one of the 15 towns to rescind its original support to the project.

Though the vote comes as a disappointment to opponents, those in favor of the project say they can breathe a sigh of relief, saying efforts like this are nothing but stall tactics and questioning why these bills are just now being brought to the table.

"It's really concerning," Matt Mark said. Mark is the CEO of Associated General Contractors, which supports the corridor project. "People are starting to gear up to do work in Maine for this project, and here we are in the summer talking about a new rule."

The other bills, LD 1363 and LD 1383, aim to give local government and Mainers more say in projects like this.

For example, if LD 1383 is passed, it would require government officials in each town impacted by the project to give their approval before work could begin.

That proposed legislation is also expected to go before lawmakers for a vote in the coming weeks.