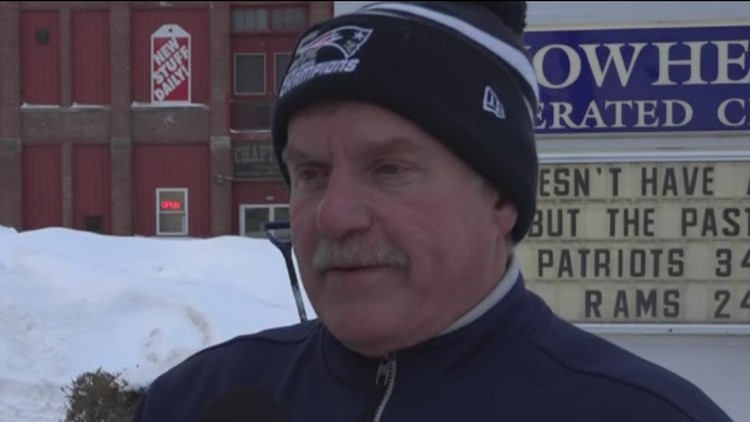 SKOWHEGAN, Maine — The Maine reverend who made headlines after he perfectly predicted the Patriots win at the AFC Championship in Kansas City was not so lucky with his Super Bowl guess.

Many were excited to see Rev. Mark Tanner's prediction that the Pats would win Super Bowl LIII, about which, of course, he was right.

The Skowhegan Federated Church reverend predicted the New England Patriots would beat the Los Angeles Rams, 34-24. In actuality, the Pats won in the lowest-scoring Super Bowl of all time by a score of 13-3. While Tanner's score was not close, his margin of error of only ten points was accurate.

The reverend got a lot of attention after taking to the sign outside his church three days before the AFC Championship in Kansas City with, what some said, was a prophetic vision.

took to the marquee sign outside his church on Friday, Jan. 18, three days before the AFC Championship game in Kansas City with what some may say is a prophetic prediction, but ended up being a statement of pure truth.
Kaley Brown

Tanner shrugged off the attention his perfect prediction brought, saying it was the first time his score was spot on.

RELATED: All the records set during Super Bowl LIII

While the Jan. 18th prediction may also be his last perfect guess, Pats fans don't seem to be bothered now that the team has won its sixth Super Bowl.