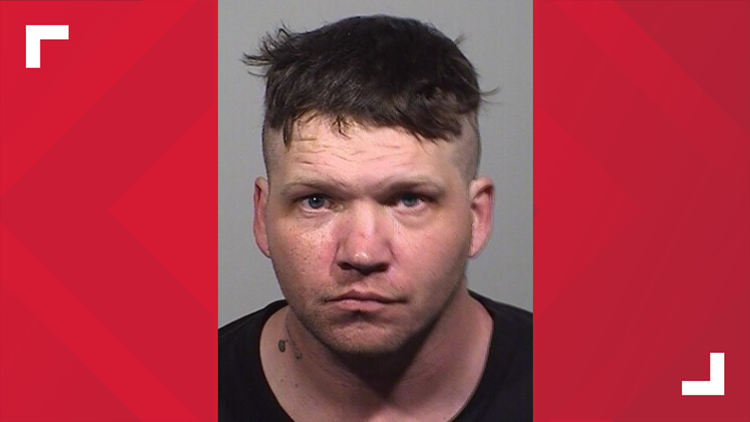 Photo by: Cumberland County Sheriff's Office
Scott Decker is charged with stabbing a homeless couple in Portland while they slept.

PORTLAND, Maine — A Portland man who police say stabbed a homeless couple as they lay sleeping on a mattress under Interstate 295 in May has been indicted for the alleged crimes, as well as for tampering with a witness.

Police say just before 11:30 p.m. on May 1, a 29-year-old woman walked into a Congress Street restaurant and said she and her 44-year-old boyfriend had been stabbed by a knife. The woman suffered from internal bleeding due to a lacerated liver. Her boyfriend, who police said also suffered serious injuries, was found by a Uber driver that night near the duck pond in Deering Oaks Park.

The woman said the couple forced her from her apartment but demanded she continue to pay rent, and then threatened to kill her after a $2,000 check she wrote bounced, according to court documents.

Decker was also indicted for an additional charge of tampering with a witness or informant after allegedly contacting a woman who was with him the night of the alleged stabbings.

Decker has remained in custody since his arrest in lieu of $20,000 bail, his attorney, Mark Peltier said Monday.