The Portland Jetport has evacuated its terminal building as a result of a 'suspect bag.' Delays expected for 90 minutes. 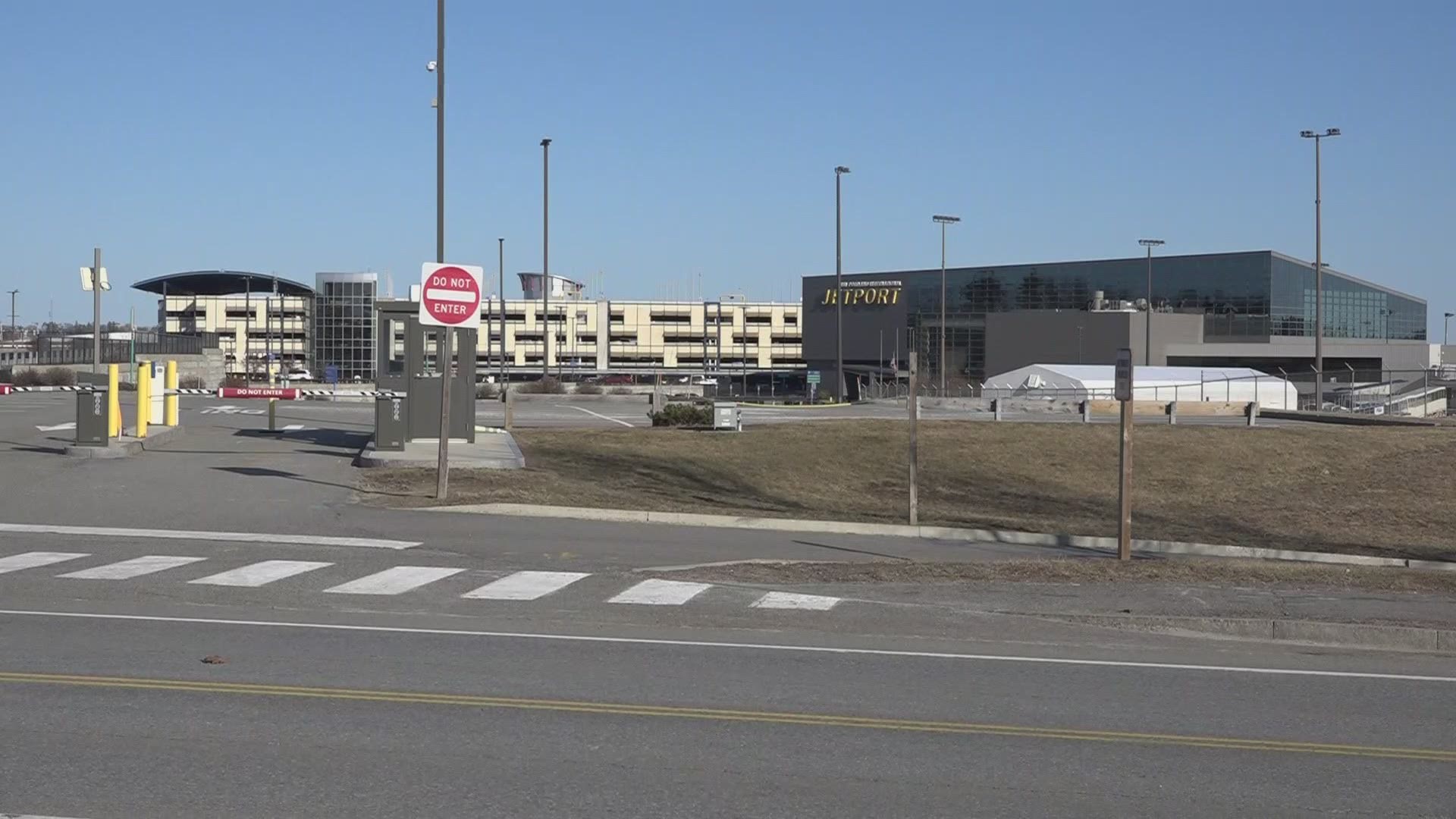 PORTLAND, Maine — UPDATE: Just past 4:30 p.m. on Sunday, the Portland Jetport says it is returning to normal operations.

The Portland Jetport shared the following on Twitter just after 2:30 p.m. on Sunday:

"Due to a suspect bag @PolicePortland and @TSA have evacuated the terminal building. The driveway into the Jetport is closed. We expect at least 90 minutes until the building is released for operations."

"Due to the suspect bag and evacuation all inbound flights are on standby awaiting further instructions. Additionally roads to the Jetport are closed."

After the airport reopened around 4:30 Sunday, police told news outlets they believed there was an explosive in a checked bag that was leaving Portland on a flight to Virginia.

Police say the bag belonged to a 44-year-old Virginia man, who was cooperative with the investigation.

Portland Police Chief Frank Clarks says, "It was a camera system... Two levels of security checks indicated there was an explosive or TATP."

Assistant Airport Director Zach Sundquist says, "We practice for these all the time, so when it actually occurs, everyone is in place."

Police say no explosives were found.

Police are telling everyone driving by that the Jetport is completely shut down and for people to contact their airlines to see what this means for their flights #NEWSCENTERmaine pic.twitter.com/b6HEJtqhcW