On Monday, June 10, Friends of Casco Bay christened and launched the new vessel "Headmaster", as onlookers clapped and chatted with excitement. 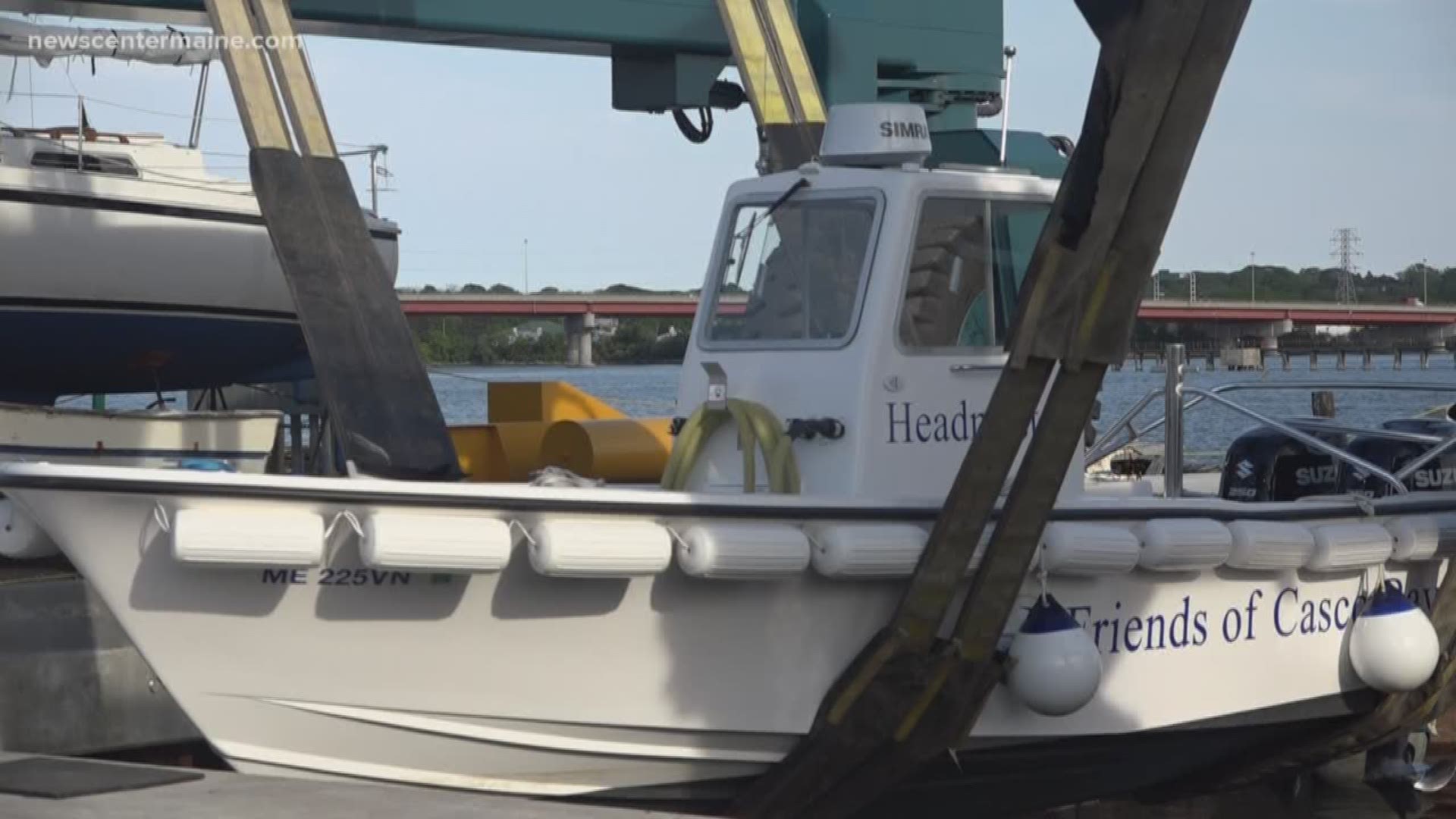 PORTLAND, Maine — "Headmaster" -- it's a play on words for the toilet and a position at sea. Now, it's the name of a new boat helping to keep Portland's waters clean.

On Monday, June 10, Friends of Casco Bay christened and launched the new vessel as onlookers clapped and chatted with excitement.

The new boat is the first upgrade the group has seen since beginning its journey in 1995. In more than two decades, the mission to clean Portland's waters has removed over 200,000 gallons of raw sewage from the Bay.

“It’s gotten better," Jim Splude, the pump-out boat coordinator for Friends of Caso Bay, said of the Bay's water. "I grew up in Portland myself on the east end of the beach, and it used to be really stinky and smelly. Now, there’s people out there using it recreationally, and it’s a great thing to see."

Headmaster is 26-feet long and has the latest navigational gear, a 650-gallon sewage holding tank, two 250HP engines, and a guarded pilot house.

The boat was specially built by Marine Boatbuilders of Warwick, Rhode Island and will be replacing Friends of Casco Bay's old vessel, 'Wanda'.

Wanda will, however, continue to clean water at the Boston Sailing Center in Boston Harbor.

Pump-out boat enthusiasts are on a mission to protect the environment, but they are also invested in maintaining business in Portland.

A clean ocean is an integral part to that infrastructure, which is why Phineas Sprague Jr., President and Treasurer of Portland Yacht Services, decided to host the christening.

“I think that you have to be constantly vigilant, and you have to make it easy for people to do the right thing," said Sprague Jr. "You know, our business is dependent upon the customers having a good experience, and if we don’t take care of that environment, they won’t come."

The effort is a community-wide one. Locals can help by using fewer lawn chemicals, cleaning up after their pets, and disposing of boat waste in the right way.

“Individuals, boaters, and civic organizations are really taking on clean water as a mission," said Pamela Parker, who is the main pump-out grant coordinator and has worked with the Maine Department of Environmental Protection for 30 years. "Friends of Casco Bay has led the way for many, many, many years -- decades! But really, it’s coming down to individual efforts, and that’s really where it has to start."