“We’re not done yet. We’re still seeing restaurants close as they can’t make that final turn. It’s gut-wrenching to look at the loss,” a spokesperson said. 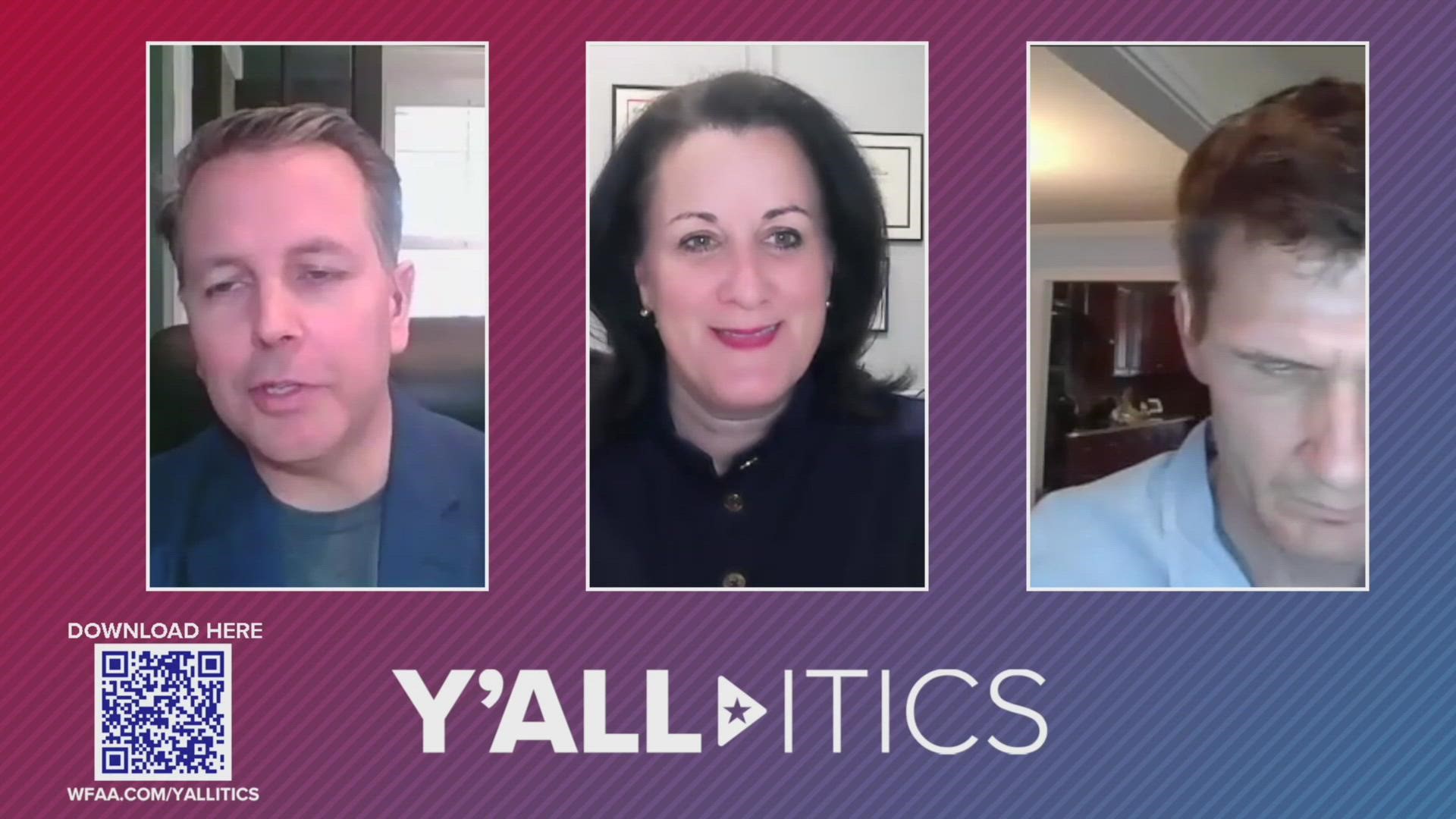 DALLAS — The coronavirus pandemic has led to the closure of about a thousand restaurants a month across the state, according to the Texas Restaurant Association.

In almost a year since it all began in Texas, about 11,000 restaurants have closed, Emily Williams Knight, the association’s president, said in an episode of the Y’all-itics podcast released Tuesday.

“I think the hard part is, as we hit this one-year anniversary, we’re not done yet. We’re still seeing restaurants close as they can’t make that final turn. It’s gut-wrenching to look at the loss,” she said.

The staggering figure represents about a fifth of all Texas restaurants and accounts for 150,000 Texans who have lost their jobs.

“Nine out of 10 of these restaurants are small businesses. They employ less than 50 people. And so, you think about that impact in communities across Texas,” she explained on the podcast.

To listen to the full Y'all-itics conversation subscribe wherever you get your podcasts: Apple Podcasts | Google Play | Spotify | Stitcher

Knight said restaurants in downtown city centers have been hit particularly hard because business lunches and conventions were suspended almost immediately. In addition, she said, more expensive restaurants have not fared as well as family dining locations.

The Texas Restaurant Association said the second round of the Paycheck Protection Program provided some help over the last couple of months. But business recoiled again last month during the extreme winter weather and near-collapse of the state’s electric grid.

On Valentine’s Day, snow and ice blanketed the state forcing Texans to cancel restaurant reservations. Then, exacerbating the situation, thousands of restaurants lost electricity which, in turn, resulted in them losing all the food in their refrigerators and freezers.

“You should have had this massive increase in sales, and they got that taken away from them, too,” Knight told Y’all-itics.

But, with warmer weather now in the forecast and as the COVID-19 vaccine becomes more readily available, restaurant owners now hope for a “spring breakout,” she said.

Knight said she expects Texans will likely stay home during spring break this month. She said she is hopeful that means people will spend money eating out locally.

Another reason for optimism comes with the relaxed pandemic restrictions. Most Texas restaurants can now seat up to 75% of their capacity.

Knight said she will be in Austin this week to lobby state lawmakers to go further.

The Texas Restaurant Association’s top legislative priorities include making alcohol-to-go permanent and creating liability protection for restaurants that have opened during the pandemic.

“I think what we really want to tell people is that if you're operating in good faith and you're following the guidelines, you should be protected,” she said.

The industry is also asking Texas lawmakers to require transparency in contracts between restaurants and food delivery companies. Plus, Knight said, restaurants want to keep the option of quickly being able to turn into grocery stores and sell their food inventory if pandemic restrictions return.

“If you think about it, we became little grocery outlets,” she explained. “We got a waiver from the governor and we could sell everything from raw steak and chicken to vegetables. We want to make sure if this happens again, that happens.”

Finally, and perhaps most importantly, the Texas Restaurant Association is asking lawmakers to share more than $400 million in funding from the CARES Act with some of the hardest-hit businesses in the industry.

Knight said the tough year has led to some opportunities.

“You are seeing people take advantage of [cheaper rent] if they have capital,” she explained. “There’s a lot of pent-up demand. I think it was 84% of people surveyed in Texas said they miss restaurants more than anything else in the pandemic. That makes us very hopeful that they will return to that dining table very soon.”

Take the Y’all-itics Survey. We’d like to know what you think about our podcast: https://bit.ly/3qPjJDO Cheers!