The Women for Trump campaign made a stop in Maine on Wednesday evening. The President's daughter-in-law, Lara Trump was on the bus. 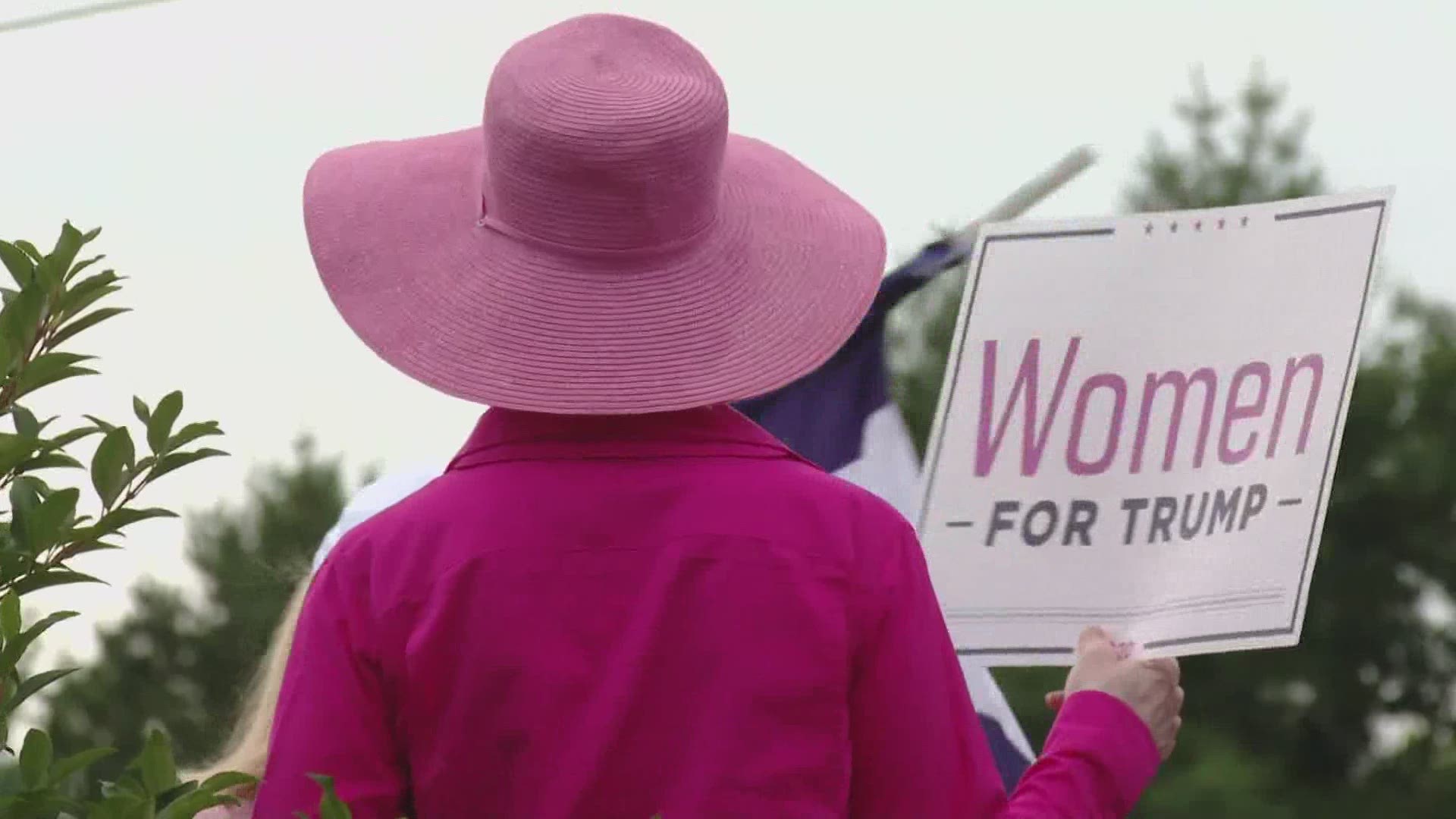 "I'm really excited to be surrounded by women who support President Trump," one woman attending the event said.

"We are so excited to be here in Maine," Mercedes Schlapp, senior advisor on the Trump Campaign said.

She said he has been traveling across the country with the Women for Trump movement, most recently in Wisconsin.

She told NEWS CENTER Maine she's finding that women are interested in three things. The economy, health care, and education.

The Women for Trump bus has arrived here in Old Orchard #NEWSCENTERmaine pic.twitter.com/HlsQIy1xGW

She and the others met and listened to concerns of voters in a state the campaign is confident in.

"We feel we can win the state of Maine," Schlapp said.

This event was originally supposed to be held at Stars and Stripes Brewing in Freeport.

The owner there announced on Facebook it was closing on Wednesday because he didn't know he was part of a campaign rally.

Instead, the owner of Jimmy the Greeks, Jimmy Albert stepped in.

Albert declined to speak on camera but echoes the same sentiment -- that he doesn't want to be part of a rally or protest but just wanted to allow them to have a bite to eat.

Regardless of the location, women made the trip, "'cause he can make a difference," one woman told NEWS CENTER Maine.

The women for trump bus tour continues in New England Thursday. They have two stops in New Hampshire.

RELATED: Portland hears complaints about trash, needles and crowds of people camped out in Deering Oaks