“It is still in process, but I think [Tuesday’s] vote on the Senate floor shows that it is extremely unlikely that President Trump would be convicted,” Collins said. 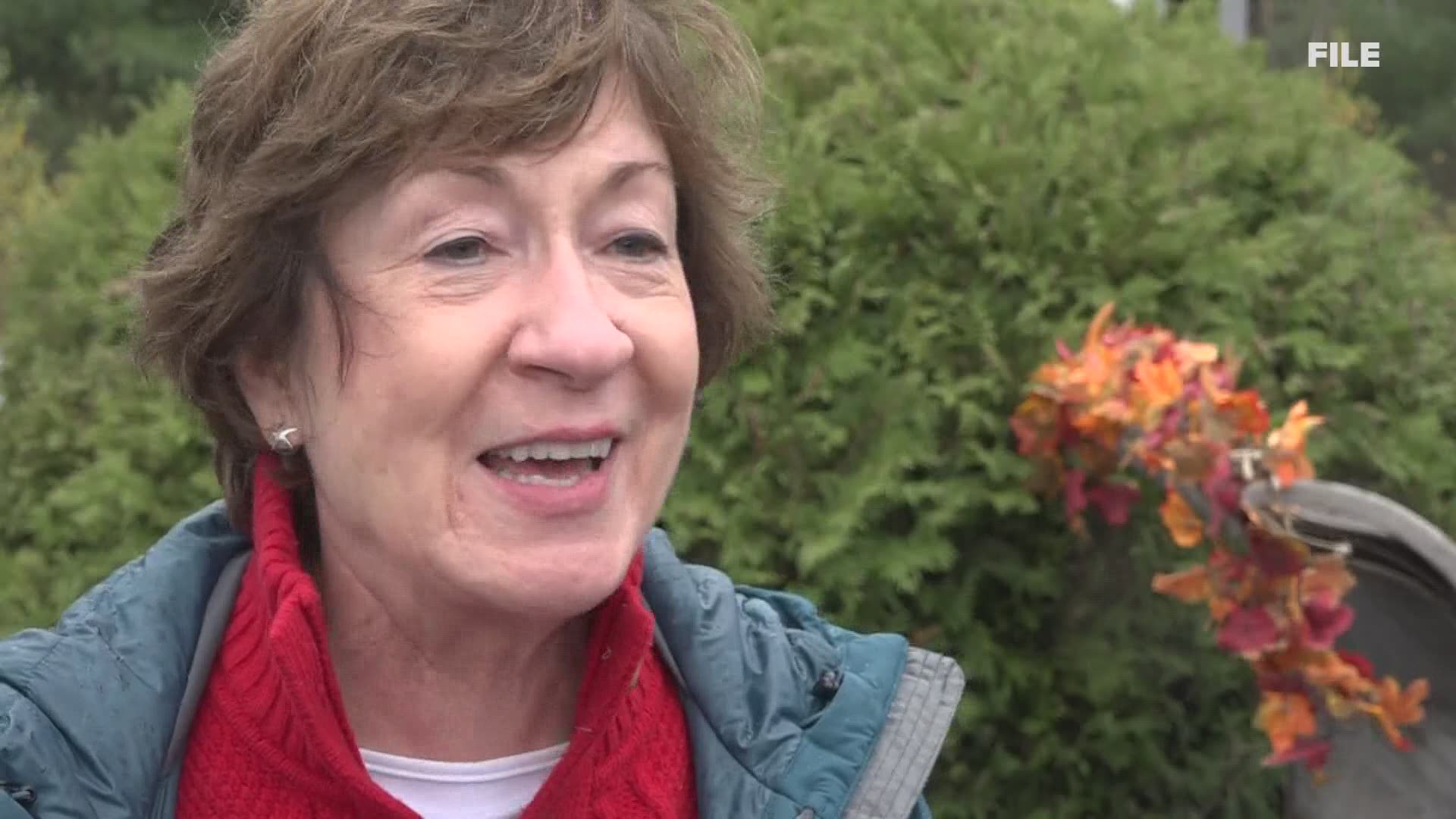 WASHINGTON, D.C., USA — Maine Republican Sen. Susan Collins on Wednesday said she’s working with Virginia Democratic Sen. Tim Kaine on a proposal to censure now-former President Donald Trump, rather than proceed with the trial to convict Trump in the Senate. Trump was impeached by the House on the charge of "incitement of insurrection."

The censure effort comes a day after Senate Republicans largely voted against holding the impeachment trial. Only Collins and four other GOP Senators sided with Democrats in rejecting the motion, which was presented by Kentucky Sen. Rand Paul, who argued a trial for a former president would be unconstitutional.

The vote, though procedural, indicated the unlikelihood of a Trump conviction. To convict, it would require the support of all Democrats and 17 Republicans.

“It is still in process, but I think [Tuesday’s] vote on the Senate floor shows that it is extremely unlikely that President Trump would be convicted,” Collins told reporters on Capitol Hill Wednesday. “And that, indeed, the five votes to even proceed to a trial is probably the high mark on what you're going to see for Republican support. So, it seems to me that there is some value in looking at an alternative to proceeding with the trial.”

“It's obviously not my call, and I realize the two leaders have already locked in a schedule, but it seems to me there is benefit in looking at an alternative that might be able to garner bipartisan support. I don't know whether it would or not,” Collins continued.

@SenatorCollins adds "The question is, is there another way to express condemnation of the President's activities with regard to the riot and the pressure that he put on state officials." She doesn't know if censure would get bipartisan support. 2/2

Censure of a president has only happened once in U.S. history—President Andrew Jackson in 1834. Nine senators and 23 representatives have been censured to date.

Censure is a “formal statement of disapproval,” according to the U.S. Senate. Constitutional Attorney Robert Peck explained to WUSA that unlike expulsion and impeachment, the guidelines of censure are not outlined in the Constitution or in any congressional rules. Consequentially, it's basically a public slap on the wrist. A simple majority of a chamber can successfully censure a member.

Collins says the censure would be in lieu of a trial.

“In other words, if the outcome of the trial is already obvious, which I believe [Tuesday’s] vote shows clearly that there is no possibility of conviction if you have 45 Republicans believing that the trial itself is unconstitutional, then the question is, is there another way to express condemnation of the President's activities with regard to the riot and the pressure that he put on state officials,” Collins said.

Collins, who has been among only a handful of Republicans to outright denounce Trump's actions leading up to the Jan. 6 insurrection at the U.S. Capitol, told NEWS CENTER Maine she voted against Paul's motion out of concern for what it could mean for future presidents.

“If we dismiss this action based on a lack of jurisdiction, we would create a precedent under which a future president could avoid disqualification simply by waiting for the closing days of his term to engage in misconduct," Collins said in a statement.

The other GOP Senators to vote against the motion were Ben Sasse of Nebraska, Mitt Romney of Utah, Lisa Murkowski of Alaska, and Pat Toomey of Pennsylvania.

Collins said she has spoken with some other Republican senators about supporting the censure effort.

Despite the fact that procedural votes are already underway, the impeachment trial is not set to get underway in earnest until the week of Feb. 8.