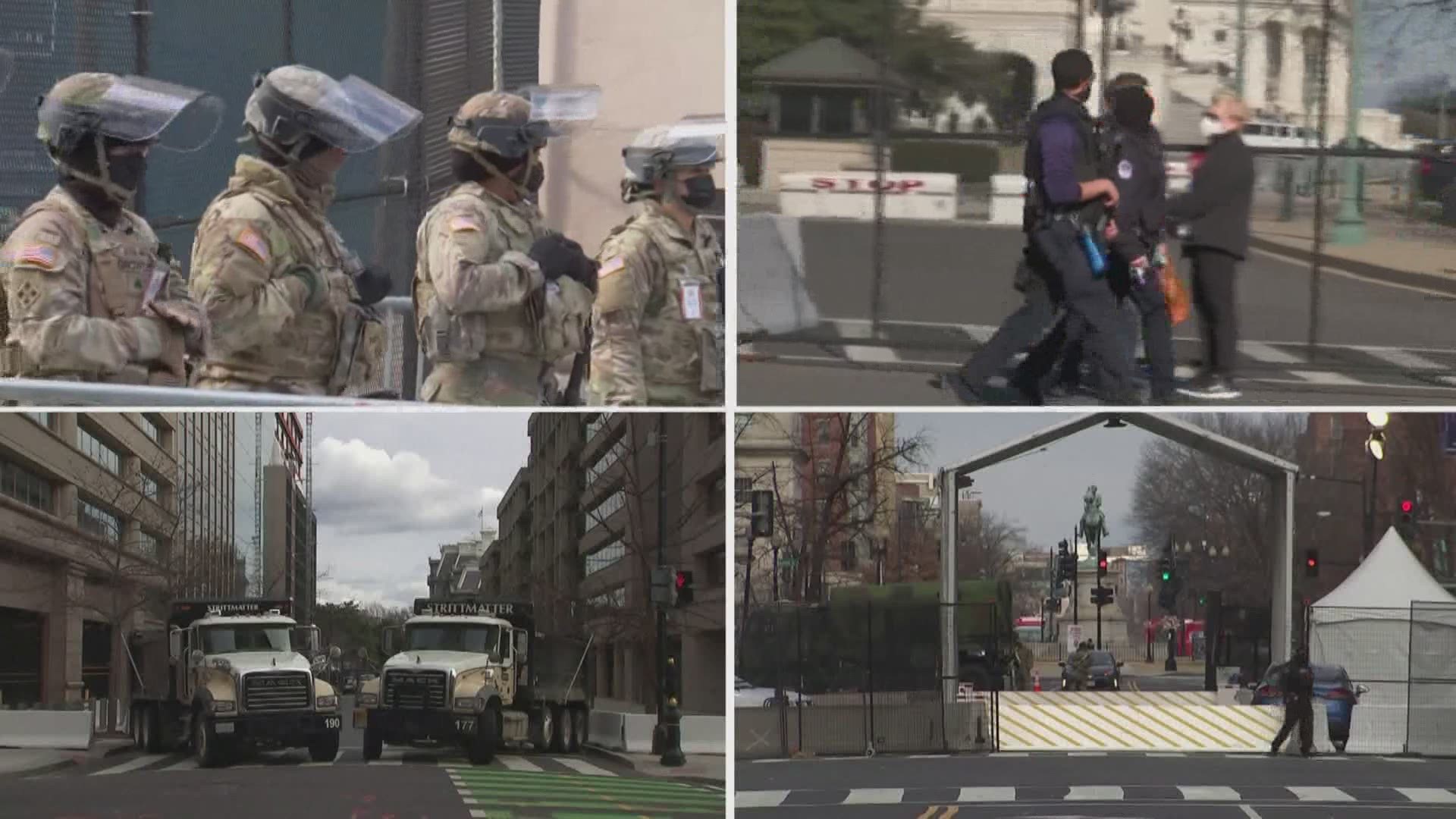 WASHINGTON, D.C., USA — More than 175 Maine National Guard soldiers are in Washington, DC for inauguration security. One of those soldiers is Captain Jonathan Bratten.

"The overall goal is to make sure the peaceful transition of authority here in the U.S. and the standards of our democracy," Capt. Bratten said.

Capt. Bratten said Maine soldiers will be providing support to the Capitol Police and DC authorities, along with thousands of other troops from across the country.

"We have so many different people here. Believe me, I've been deployed overseas before, I've been in all sorts of operations here at home--training exercises and things like that. I've never seen the levels of understanding and corporation," said Capt. Bratten.

Capt. Bratten said he has been to the nation's capitol before, but said this will be his first time at an inauguration. He said while it is fascinating to be there, he said it looks like a different place.

"It's very different. I think at first look, it's rather jarring until you begin to realize that these are 20,000 people here who have come across the nation to stand for the constitution."

He said troops did some training prior to leaving Maine, and have done more in DC.

"Anytime we have when we are off or when we are not on shift, we try to use to our advantage and train as much as possible," said Capt. Bratten.

He said his soldiers are proud to be representing Maine during a historic time.

“The overall goal is to ensure the peaceful transition of authority here in the US and the standards of our democracy.” Tonight at 11 hear from one of the more than 170 @GuardMaine members in DC for inauguration security. @newscentermaine