'We kept each other safe': staffers of Sen. Susan Collins speak out after Pro-Trump riot forces lockdown

Maine natives Brenna Kent and Darci Greenacre were in their offices on Capitol Hill Wednesday when the Pro-Trump riot forced them into lockdown. 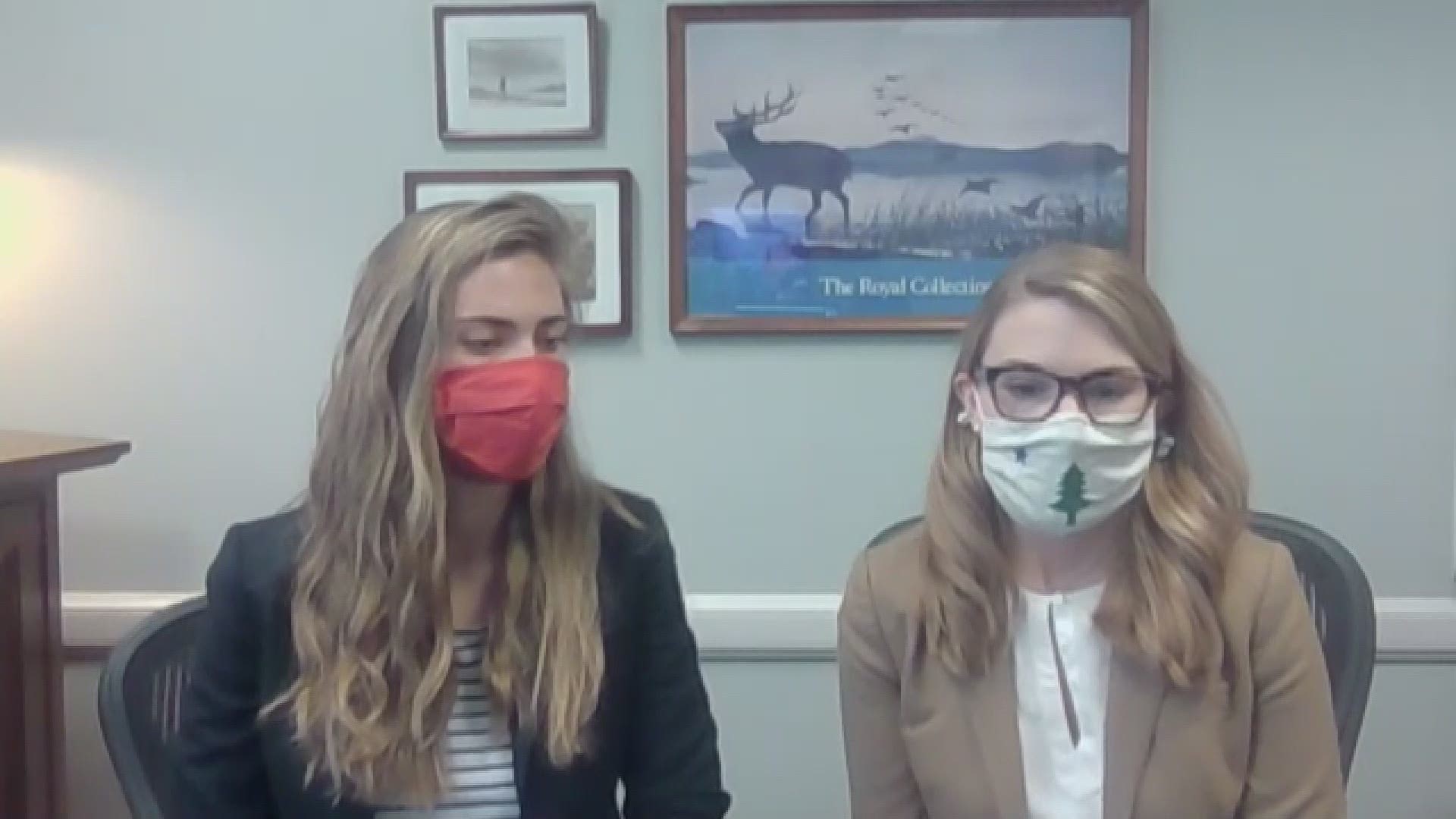 WASHINGTON D.C., DC — Among those working on Capitol Hill Wednesday were two Maine natives who work for Senator Susan Collins.

Darci Greenacre of Hampden and Brenna Kent of Scarborough had heard rumblings of protests on their way to work that morning, but neither could have predicted what happened.

"I've seen some pretty scary things but nothing came close to Wednesday," Kent said. "I was on Twitter and saw that people were breaking windows and they were scaling the walls."

NEW TONIGHT: Brenna Kent of Scarborough & Darci Greenacre of Hampden work for @SenatorCollins. I spoke with them via Zoom about their experience when the capitol was breached. Hear what they have to say tonight on @newscentermaine at 5 & 6. pic.twitter.com/ELNSqrdO0F

"I certainly was not expecting anything like how Wednesday turned out and never would have expected it in my wildest dreams," Greenacre said. "It wasn't too long that it was apparent that things were spiraling quickly."

They didn't know if the rioters would make their way to their offices to not. The Capitol building has underground tunnels that lead to every elected officials' building and offices.

"Our office administrator came down the halls and said 'everyone lock their doors, don't answer for anyone and we are now in lockdown'," Kent said. "For the staffers that were here, we just kind of all stayed in place and kept each other safe."

The two are still processing what happened. They say the heavy police presence outside is a constant reminder of what could have ended so much worse.

"I think we really need to come together and to try to heal the divisions that we have in this country," Greenacre said. "We need to ensure nothing like this happens again."