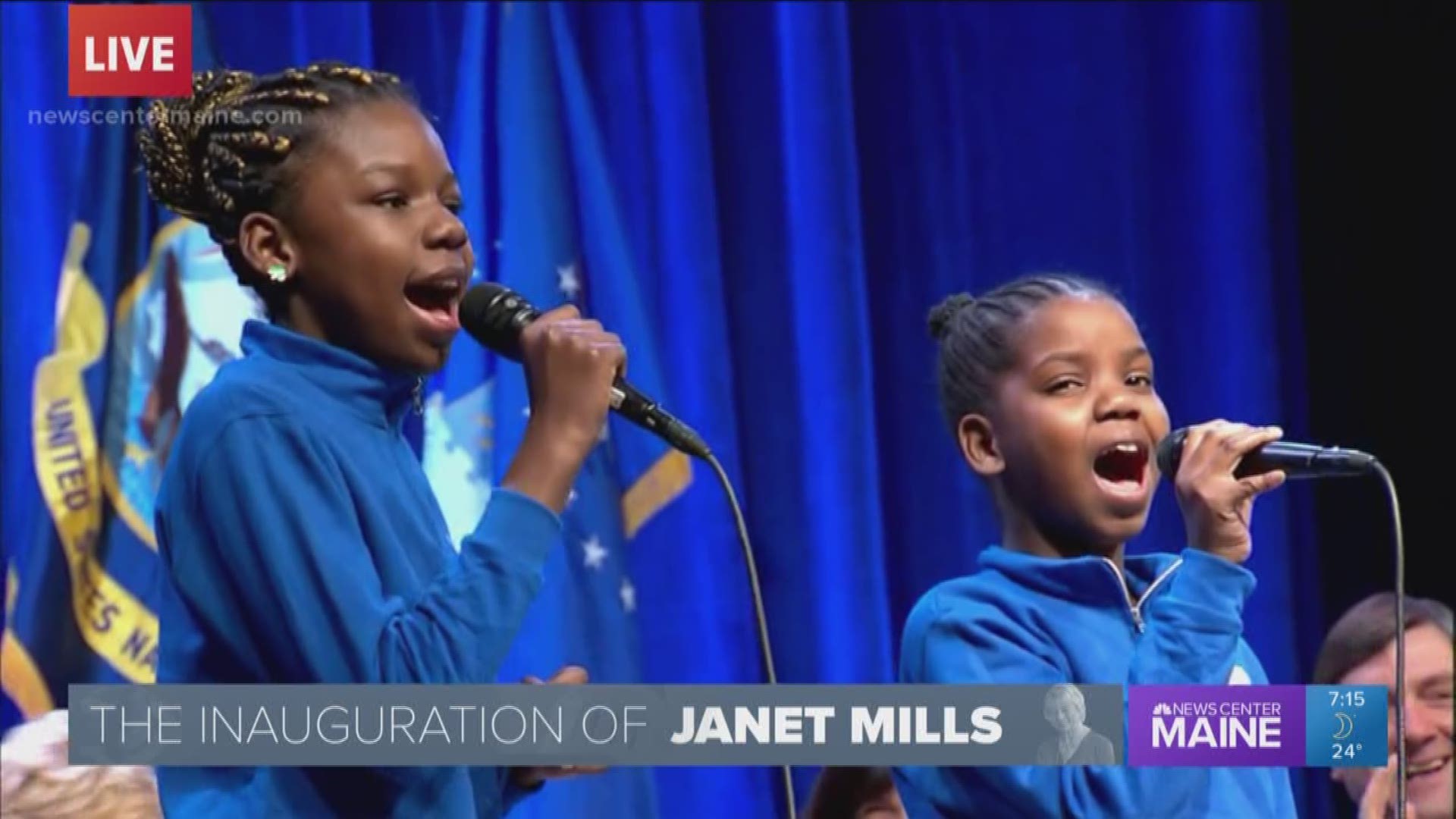 Gov. Janet Mills' inauguration on Wednesday featured three different musical performances prior to her address, and one absolutely stole the show.

Between two great performances —  the Portland String Quartet's rendition of Shaker song "Simple Gifts," widely credited as being written by Mainer Joseph Brackett, and the Franklin County Fiddlers of Mt. Blue High School in Farmington —  was one by two girls from Maine. 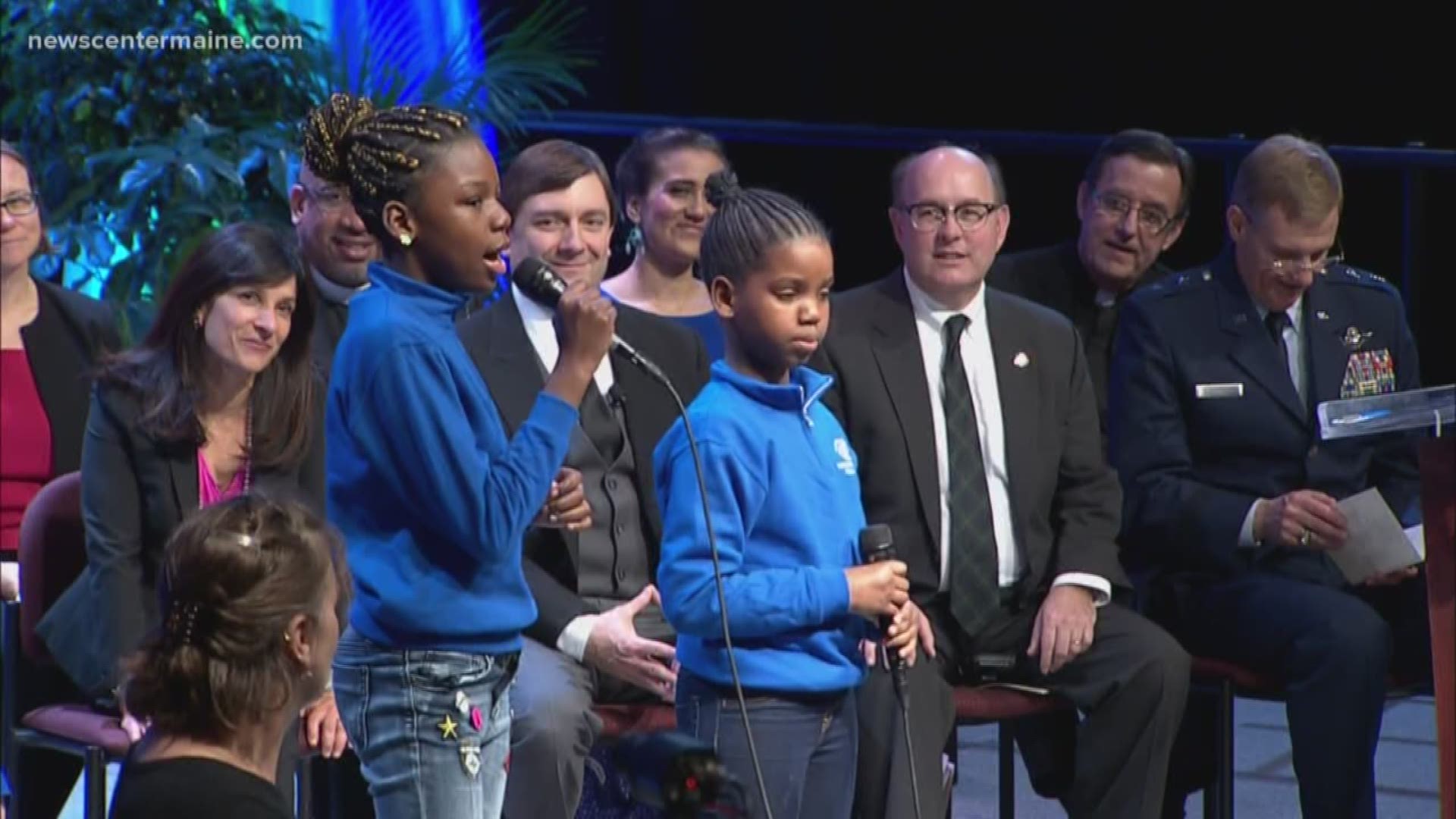 And the crowd went wild — including Gov. Mills, seen dancing behind the two as they belted out Keys' lyrics.

Watch the epic performance below: