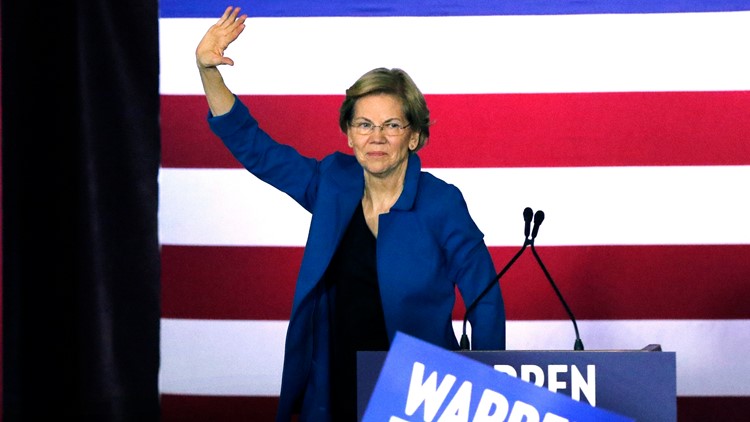 WASHINGTON, D.C., USA — Mass. Sen. Elizabeth Warren says she's raised about $6 million from online donors since last week's Iowa caucuses, fueled by people who want to see her stay in the Democratic presidential primary despite an underwhelming performance there and in New Hampshire.

The Massachusetts senator tells The Associated Press on Thursday that she had spoken to some of her Senate colleagues about the state of the race. She says, “Right now, it's wide open.”

Warren finished third in Iowa and fourth in New Hampshire, raising questions about whether her fundraising may slip.

With Super Tuesday on the horizon, Warren is shifting her resources towards those states, including Maine. According to filings with the Federal Communications Commission, the Warren campaign bought $37,000 new TV ads in Maine on Wednesday.

RELATED: The candidates are coming! Democratic efforts ramp up in Maine this weekend