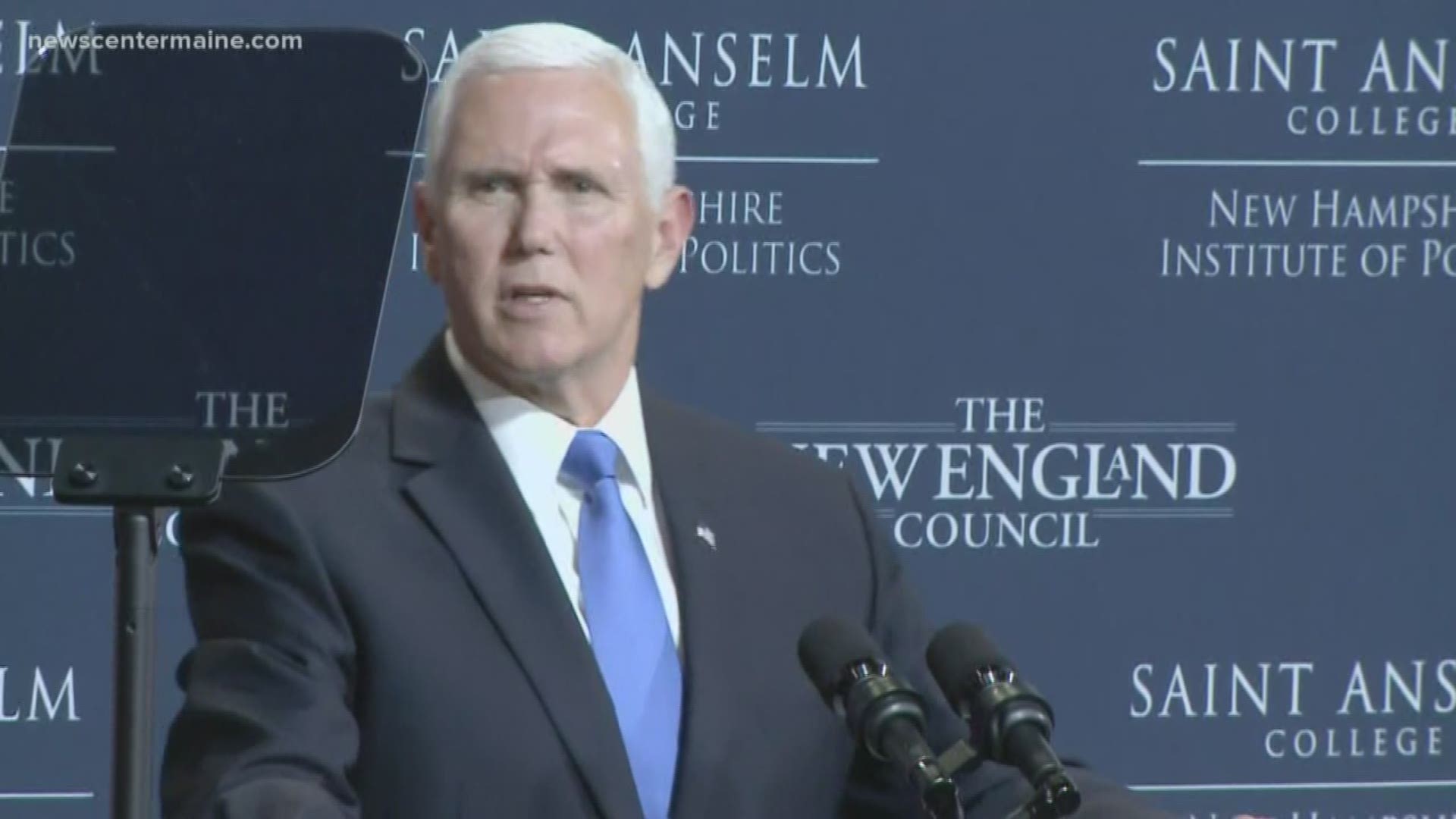 No wonder. With the Granite State home to one of the country’s most important —and first— Presidential primaries, those students get up close to the campaigns, and the media spotlight that surrounds them.

That spotlight is bright Thursday, as Vice President Mike Pence visited the campus to talk with student and business groups at the New Hampshire Institute for Politics. Each election cycle, the institute tries to bring all the presidential candidates to the campus. Students say they have had well over a dozen Democrats so far this year, but Pence is the first from the Trump administration.

The main purposed of the trip was for Pence to file the needed paperwork with the state to put himself and President back on the ballot. But in his speech at the College, he shared views very different from the Democrats who have spoken previously. The VP growing the economy and cutting regulations. And he claimed Democrats would put those accomplishments at risk.

“Leading candidates in the Democratic Party for President of the United States, openly advocate an economic system that has impoverished millions. And robbed the liberties of generations. That system is socialism,” Pence said.

The business people in the audience had differing opinions of the Vice President’s comments. Mitch Rancourt, from Manchester, said he is a Republican and supports the party. And liked what he heard from Pence.

“He was firm, consistent with his messaging talking about the great things the President is doing.”

Owen Smith, from Gorham, Maine, said he liked the speech but isn’t ready to commit to voting for Trump.

“I don’t know if I'll support him this time around, but again, I think he’s done a good job- good for the economy.”

All the candidates will be on the run for the next three and a half months. The Iowa caucuses on February 3, and the New Hampshire primary a week later.

Or, as Pence and others pointed out, 96 days.