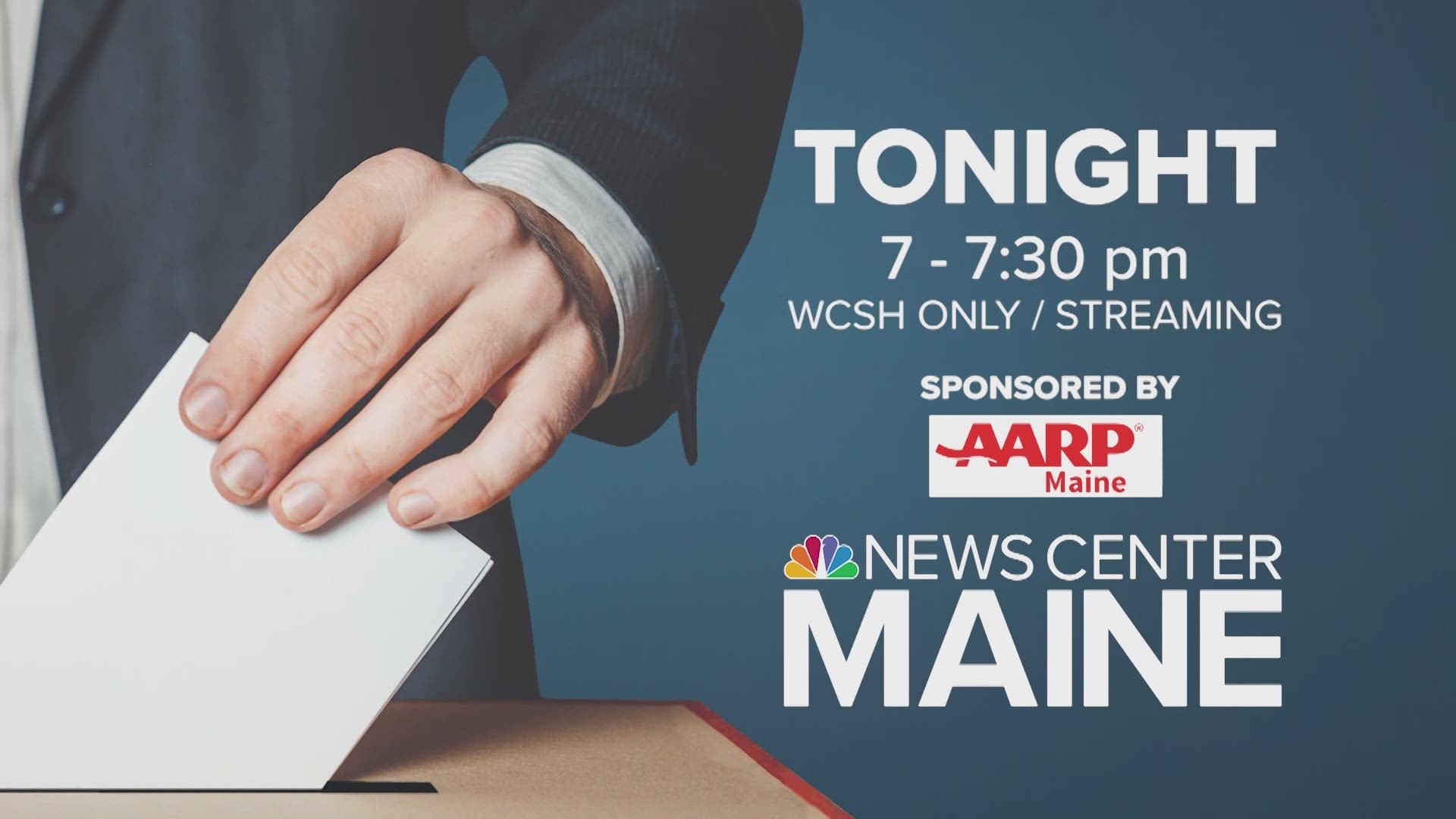 The forum, which will be held in a virtual format, will be moderated by NEWS CENTER Maine's Pat Callaghan. It will air in the Portland market Tuesday, Oct. 6, at 7 p.m. on TV and our website, mobile app, Facebook, Twitter, and YouTube pages. 207 will show at its normal schedule in the Bangor market.

AARP is sponsoring the forum.

Little-known Republican Allen is looking to unseat Democratic incumbent Pingree, who has served Maine in Congress since she was elected in 2008. Allen is largely considered a longshot against Pingree because most people in the 1st District have never heard of him.

It seems as though Pingree has a clear path to victory in this race, which is, in part, why a lot of attention so far this election has been focused on the heated Senate race between Sen. Susan Collins and Sara Gideon. The 2nd Congressional District race between Pingree's Democratic colleague Rep. Jared Golden and challenger Dale Crafts (R) is also tighter.

Pingree has served as the U.S. Representative for Maine's 1st Congressional District since 2009. Before serving on Congress, Pingree was a Maine State Senator and was the Senate Majority Leader from 1996-2000. She unsuccessfully ran for U.S. Senate in 2002.

Pingree's key issues in focusing her campaign on in this race include health care and prescription drugs, women's health, and social security. Click here to learn about the issues Pingree is focusing on this election.

Allen is a family physician who has no prior experience in politics. He's a veteran who served in the arm as a clinic commander and as a Deputy Commander for Clinical Services.

Key issues he's focusing on in his race include jobs, the Second Amendment, the economy, and health care reform. Click here to learn more about Allen's platform.

Allen's campaign manager Curtis Ayotte says Allen is "excited to speak about the love he has for America and the 'service before self' life he has led during his 26 years in medicine and 23 years in the Army."

As a family doctor, Allen hopes to discuss COVID-19, health care, and medical choice issues, such and mandatory injections and masks.

Political Brew analysts Ken Altshuler, longtime co-host of the WGAN Morning News, and Ray Richardson of WLOB Radio weighed in on the state of the race this weekend. Altshuler said he thinks Allen has "no hope" of unseating Pingree.

"Allen is a very capable candidate, a very smart guy, and I think he'd be a good congressman," Altshuler said. But "he's not going to beat Chellie in the first district, so there's nothing he can do except do the best he can to be the lamb led to slaughter."

On the other hand, Richardson said he thinks there is a path to victory for Allen. He says it depends on getting support from the "silent majority" of Trump supporters outside Portland.

Richardson says, "If every Republican would step up to the plate in the state and give him five dollars, maybe there's a flourish at the end. But again, Jay Allen's fate really lies with Donald Trump."