Political signs popping up across Southern Maine may not be funded by who you think they are. 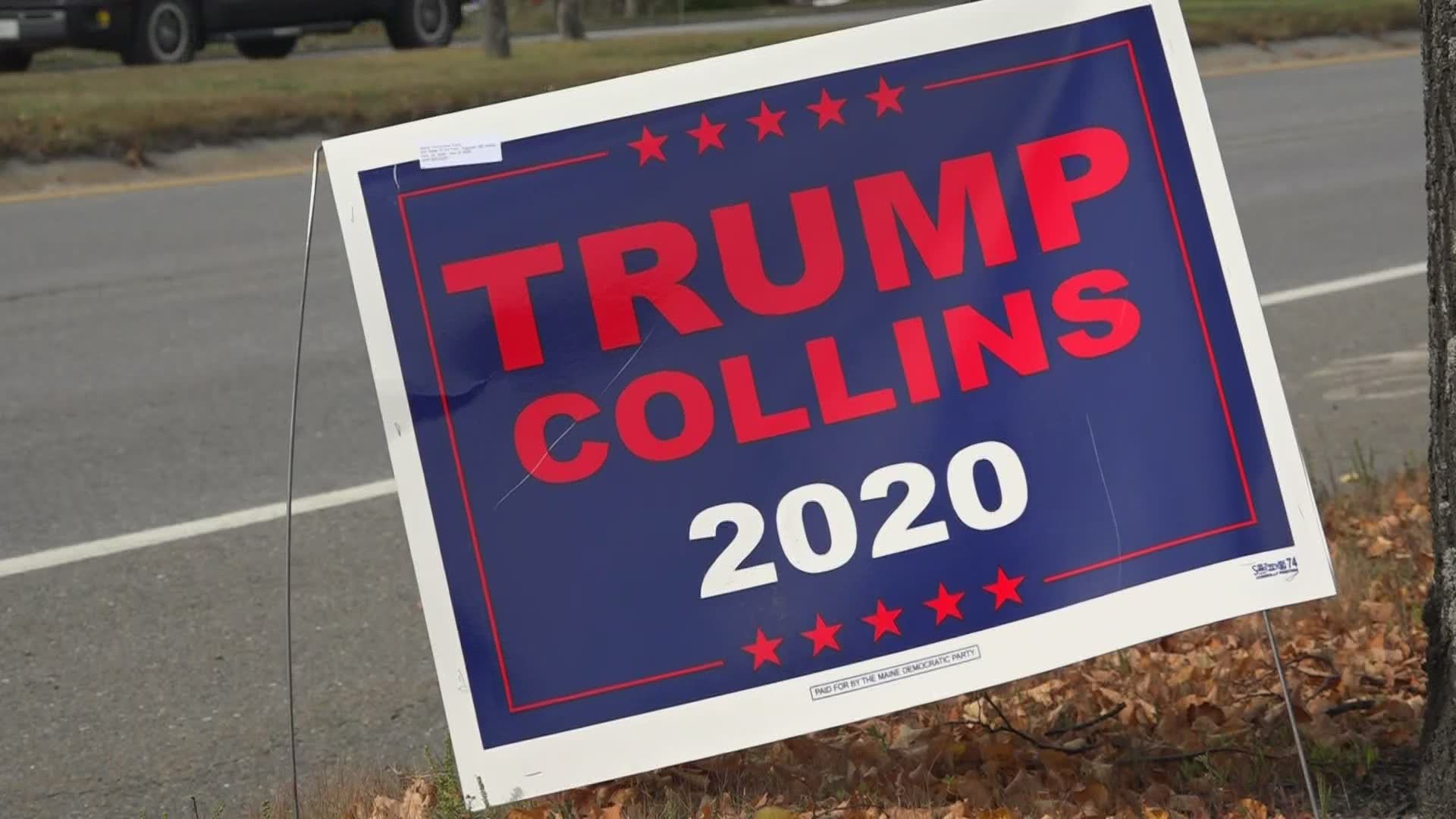 SOUTH PORTLAND, Maine — Signs that read 'Trump Collins 2020' popping up all over Southern Maine have sparked some questions among Maine voters with the election just weeks away.

Incumbent Republican, Sen. Susan Collins, and Democratic challenger Speaker of The Maine House of Representatives, Sara Gideon, have been entrenched in a heated battle for the Senate seat for months.

NEWS CENTER Maine verified the signs were not funded by the Collins' campaign or the Maine Republican Party.

They were actually funded by the Maine Democratic Party in an attempt to align Collins with President Trump, given her refusal to say whether she supports his reelection bid.

Have you seen these signs? They are raising a lot of questions as @SenSusanCollins has yet to say if she supports @realDonaldTrump's reelection bid. Turns out they were actually funded by the @MaineDems. Catch the story TONIGHT ON #NEWSCENTERmaine. #mepolitics pic.twitter.com/czm2PS2o0I

"Senator Collins is refusing to tell Mainers the truth about who she’s voting for but her record is clear — she voted with Trump 94% of the time and has helped confirm 181 of his judicial nominees. Collins has made a political calculation not to tell Mainers who she’s supporting in this election, but she can’t hide from her support for Donald Trump.”

Maine election laws require that political signs be marked with a label to indicate who paid for them.

In this case, most signs have 'Paid for by the Maine Democratic Party' at the bottom. Some even have added stickers with contact information.

"This is really nothing more than dirty tricks by the democrats," Maine GOP's Executive Director Jason Savage said. "So they're creating lawn signs to have a conversation about something that is immaterial to the question of whether Senator Collins been there for the people of Maine, which she has."

"Since the beginning of this campaign the democratic party has attempted to make it look like I'm an appendage of President Trump or Mitch McConnell," Collins said.

Collins once again refused to say who she planned to support for the president.

"Well as I've said, I'm concentrating on my own race, which obviously is a tight race, and I will work with whoever is elected president," Collins said.

Gideon's campaign did not return NEWS CENTER Maine's request for comment on the signs.