Both campaigns are looking to get in contact with as many voters as possible, including those undecided. 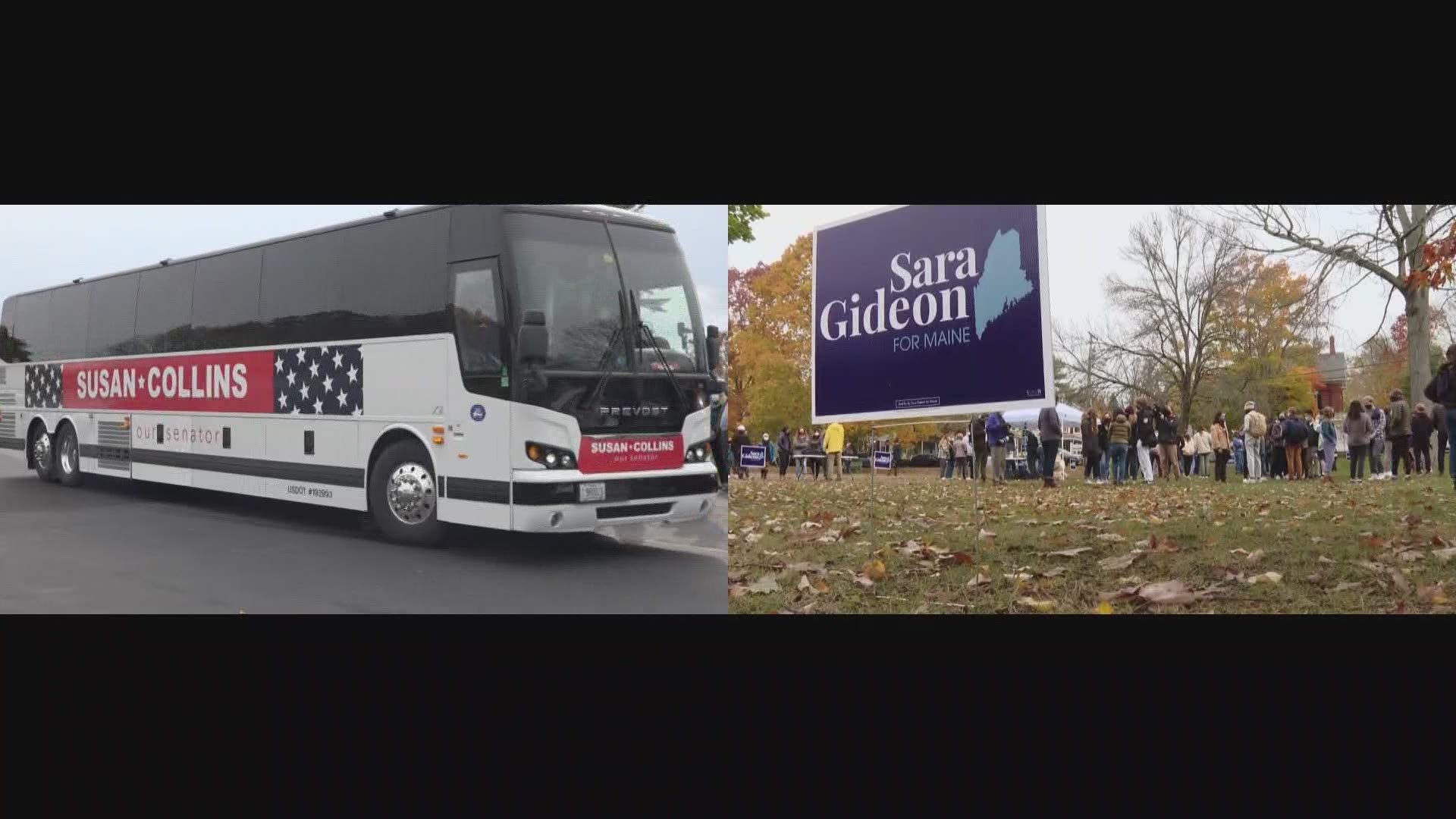 A Colby College Poll released this week showed Gideon had a slight lead 47 percent to Collins' 43 percent. The margin of error was three percent.

"I'm feeling great," Collins said at a campaign stop in Windham Thursday. "I'm taking the campaign bus all over the state. We've already logged more than 4,500 miles, and it's such fun to come to the smaller communities in Maine."

Collins met with supporters at Hall Implement Co. as her team handed out lawn signs and t-shirts.

The Collins campaign told NEWS CENTER Maine it will continue its bus tour with stops planned across the state over the next five days, averaging upwards of 11 stops a day.

"It is a race to the finish. Absolutely," Gideon said at a small rally in Downtown Brunswick Thursday. "There's a lot at stake for all of us."

Gideon announced to supporter her plans to visit all 16 counties in the state over the next five days.

Both campaigns are looking to get in contact with as many voters as possible, including those undecided.

"There's a long ways to go. We've got four percent undecided in our survey," Dan Shea with Colby College said about their latest poll. "Turnout, turnout, turnout, can make a big difference in this race."

When asked if she expected such a close race, Collins blamed 'dark' out-of-state money for her opponent's success.

"I [expected it] once I saw the wave of negative ads that started two years ago," Collins said. "I'm being grossly outspent and after a while, that takes a toll."

The Republican incumbent has long-held support across party lines, until this race, something she blames on a hyper-partisan and polarized country.

Gideon has campaigned on a platform tying Collins to President Trump and Mitch McConnell. Collins still refuses to say whether she supports Trump's reelection bid.

"As I've made clear...from the beginning, I'm staying out of presidential politics and concentrating on my own race," Collins said.

Gideon has been outspoken about her desire to get money out of politics but has been on the receiving end of a record $63 million dollars for her campaign to unseat Collins. Much of that money has come from out-of-state.

"I understand," she said. "This is about what we need to do and the change we need to make."

Maine Independent Sen. Angus King, who has endorsed Collins in the past, has chosen not to endorse any candidate in the race.