The Senator told supporters that she loves touring the state on the bus and stopping to speak with the people of Maine. 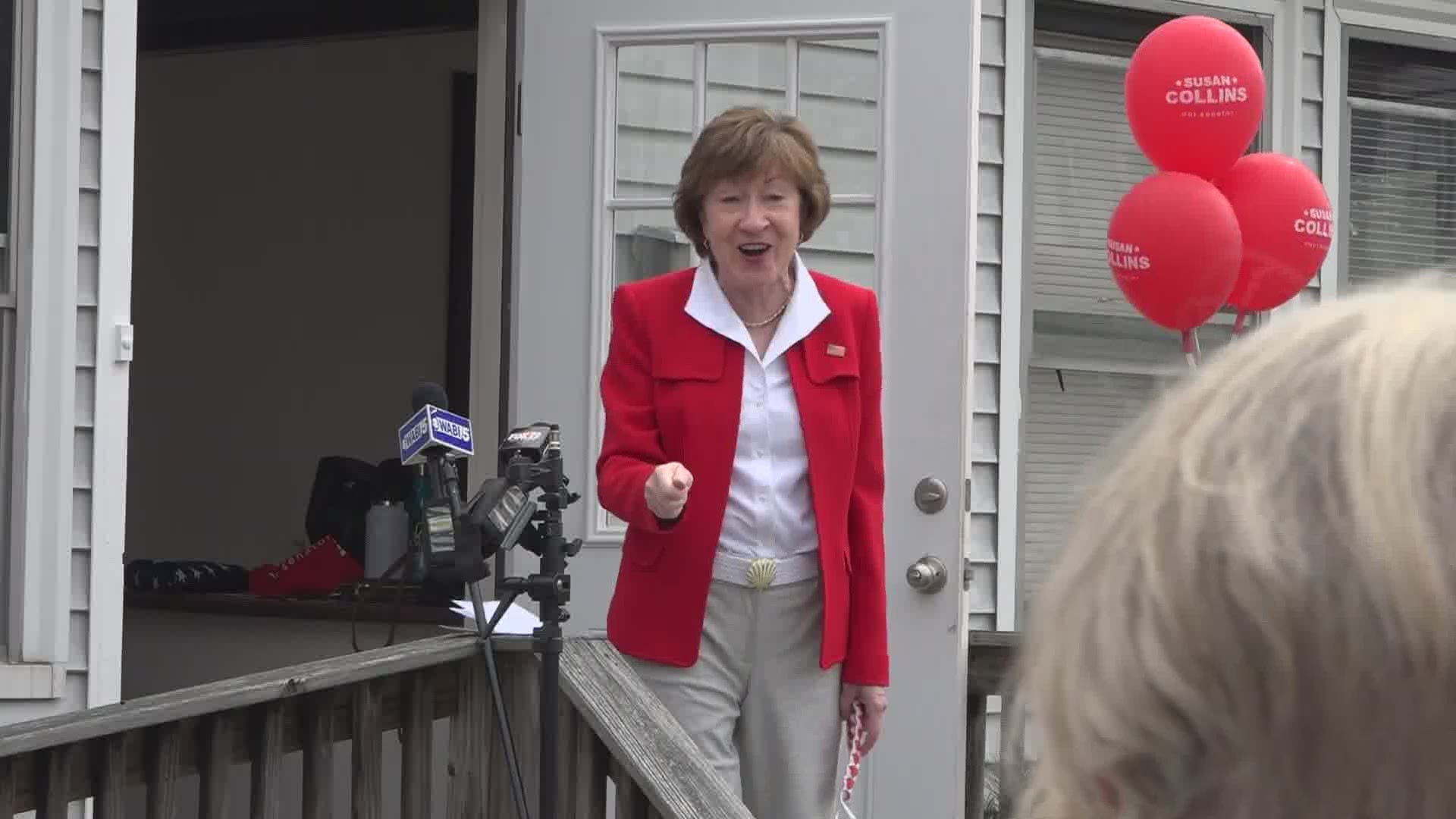 BANGOR, Maine — Senator Susan Collins and her re-election campaign continued her 2020 “All of Maine” bus tour Wednesday in Bangor.

Collins, along with a group of supporters celebrated the launch of the bus tour outside the Senator’s campaign office on State Street.

The Senator told supporters that she loves touring the state on the bus and stopping to speak with the people of Maine.

When we caught up to her we asked her about the presidential race and if she will be endorsing President Trump.

At the event, Collins was asked if she will be endorsing President Trump.

“I am not getting involved in the presidential race. I had my own very rigorous race to concentrate on but I will tell you this, that regardless of who is elected president, I will work with that person to advance causes that are important to our state," Collins said.

Thanks to all who came out to join me in Bangor on this beautiful Maine day! #mepolitics pic.twitter.com/EwwMDciFUr

Collins officially began the bus tour in her hometown of Caribou on Monday.