Jackson said he does not intend to "go after" wealthy people with tax increases, but said the state budget surplus can be used to pay for things like revenue sharing. 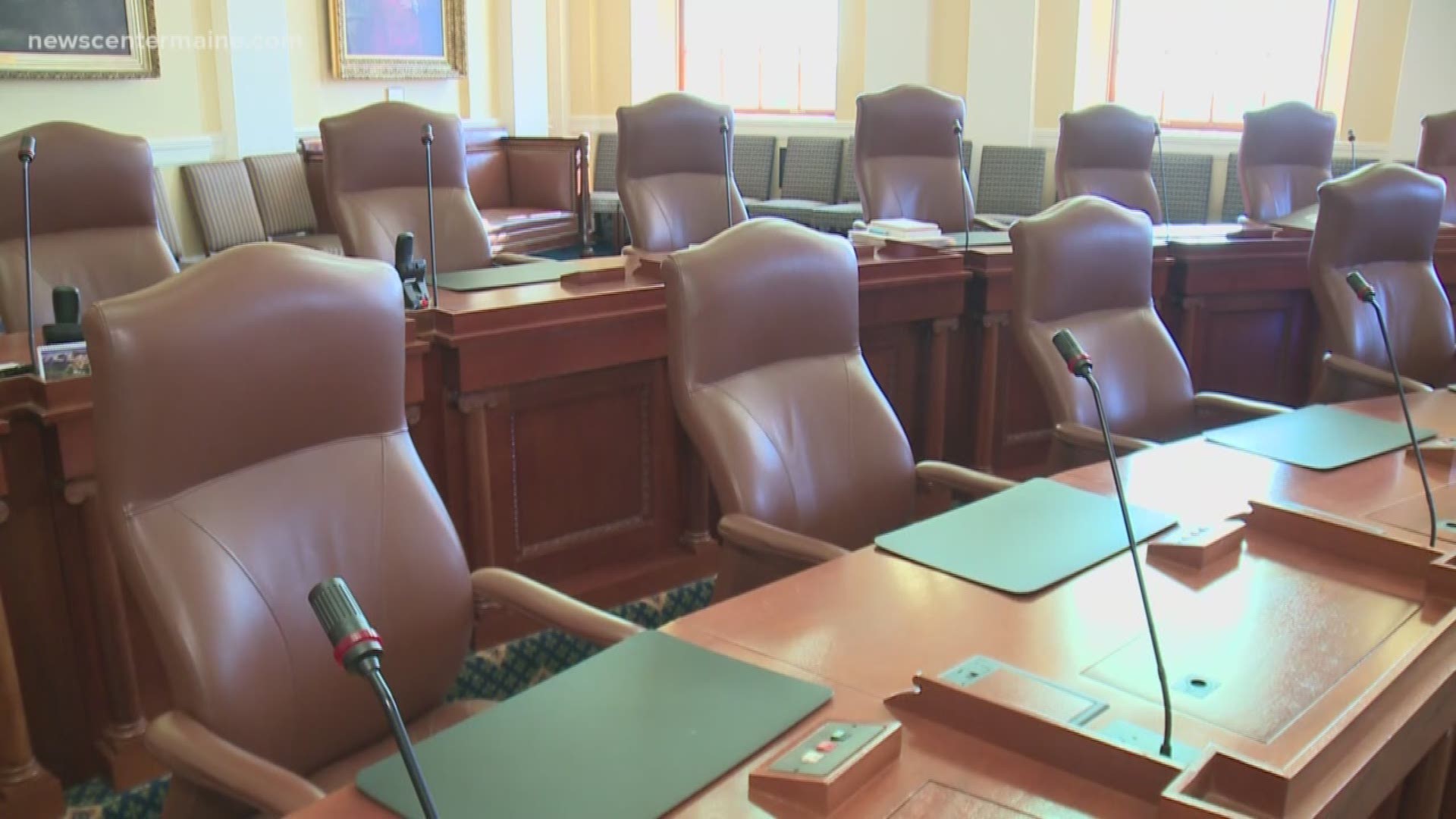 AUGUSTA (NEWS CENTER Maine) — The new Maine Legislature will be dominated by Democrats, and that could mean major changes to the debate in Augusta.

For the past four years, the Senate has been controlled by Republican, while the House has been led by Democrats. With Republican Governor Paul LePage in office, that party split has meant stalemates and prolonged arguments on a number of issues. But as a result of Tuesday’s election, Democrats will control both the House and Senate as well as the Governor’s office.

Senate Democratic leader Troy Jackson –who is likely to be the next Senate President said Thursday, they intend to take action on a number of issues that have been blocked by Republicans until now.

“What it means,” Said Jackson, “is making sure revenue sharing is fully funded instead of giving tax cuts to the wealthy. That.. education is as close to fully funded as possible without giving more tax cuts to the wealthy. What it means is making sure everyday working class people get the breaks and benefits they deserve as opposed to the top one percent.”

Jackson said he does not intend to “go after” wealthy people with tax increases, but said the state budget surplus can be used to pay for things like revenue sharing.

Senate Republicans will be at a disadvantage, with just 14 Senators to 21 Democrats. Newly elected minority leader, Sen. Dana Dow, told reporters the GOP will still have a role to play in major votes.

“It takes a two-thirds majority vote for the budget for one thing so it will matter in that sense,” Dow said. “But we’ve got to get our message out of who we are, and have to redefine the Republican Party differently than it has been the last eight.

Dow said he knows Governor-elect Janet Mills well, having served in a previous Legislature with her. He said he will be able to work with the new Governor. On most issues, however, Republicans will not have enough votes to block bills Democrats want to pass.

The new Legislature will be sworn in on December 5.