Poliquin and others file suit to block ranked-choice voting 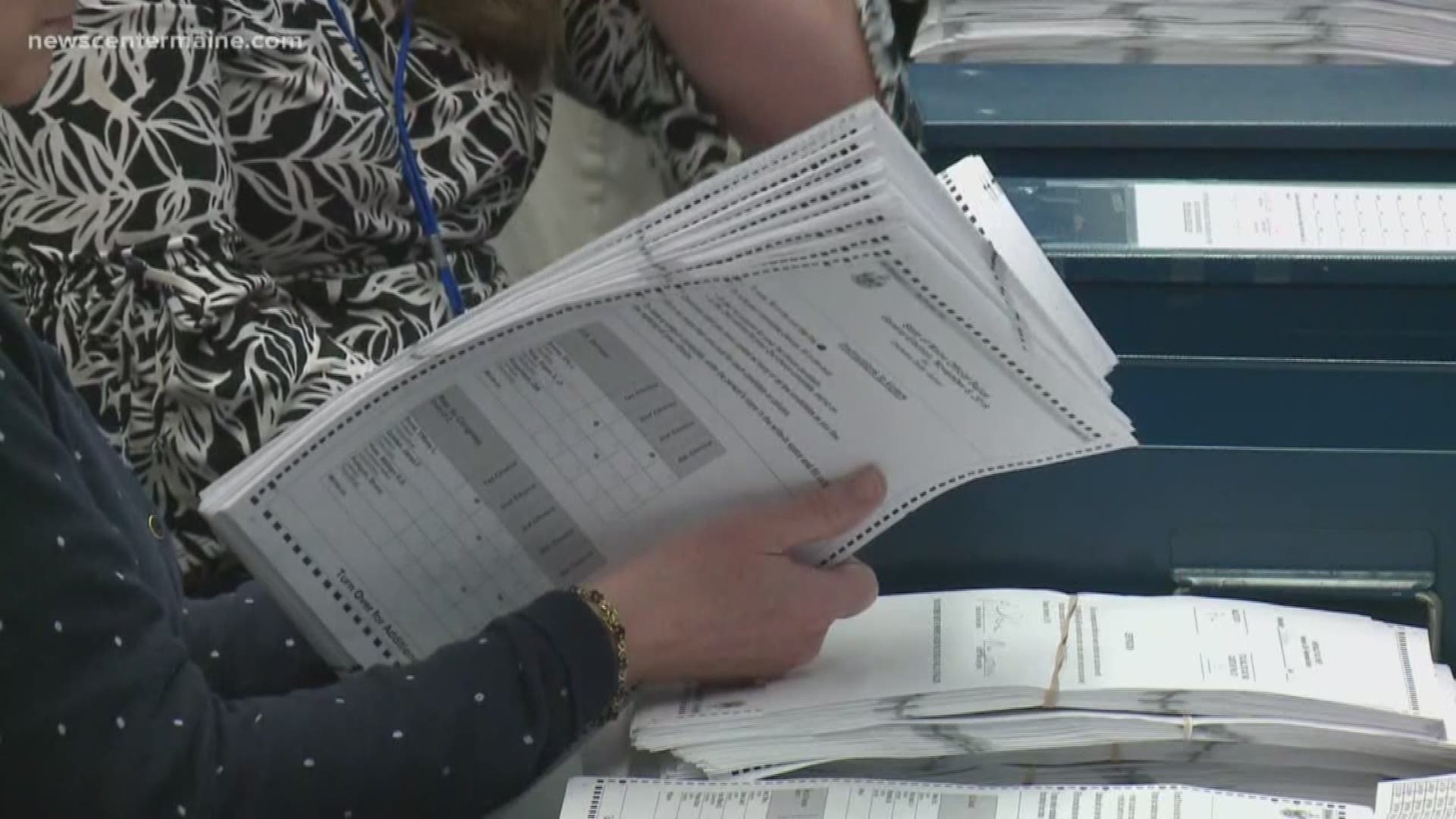 AUGUSTA (NEWS CENTER Maine) — The ballots are still being processed for last week’s 2nd Congressional District election between Rep. Bruce Poliquin and Jared Golden. And there is no word yet from Secretary of State Matt Dunlap when they will be ready to run the actual ranked-choice count.

And there is a chance it might not happen.

On Tuesday, lawyers for Rep. Poliquin went to federal court to challenge the vote, saying the whole ranked-choice process violates the U.S. Constitution.

The congressman said the election night count gave him an edge of fewer than 2,000 votes. But he did not win a majority of the votes, and under the law passed by voters in 2016, the final result will be determined through ranked-choice voting. 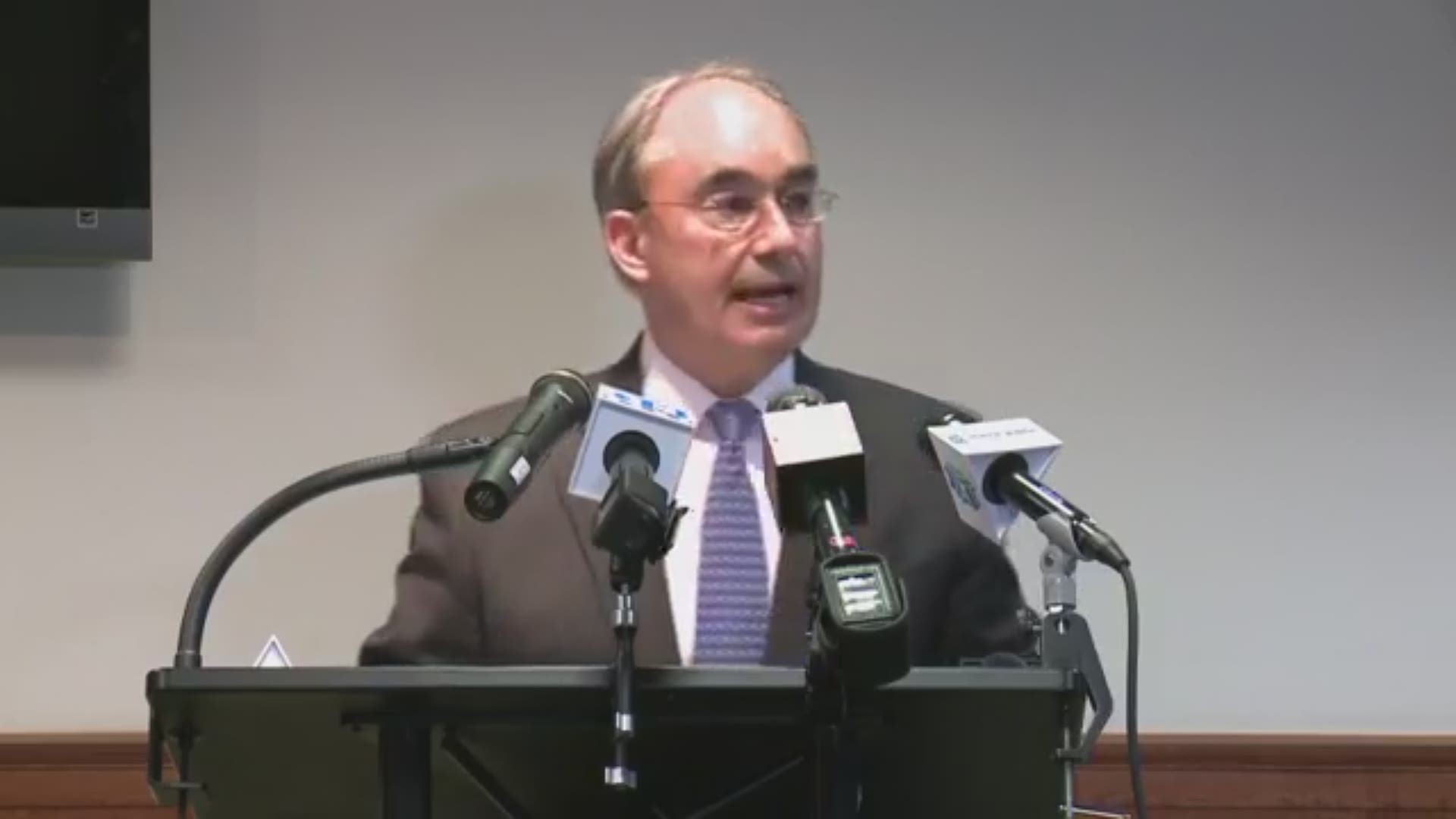 In the lawsuit, filed by Poliquin and three other 2nd District voters, the lawyers argue that the ranked-choice system violates the long-held principle of one person, one vote in the Constitution.

The Maine Constitution doesn’t allow RCV to be used to elect the governor or legislature, because it says those elections must be decided by a plurality of the votes, meaning the candidate with the most votes wins.

Attorney Lee Goodman, the leader of the lawsuit legal team, told reporters there is a federal case from 1970 that supports their case.

"The Constitution, in Article 1, Section 2, provides that members of Congress shall be these chosen by the people in their district, and the U.S. Circuit Court of Appeals for the US Second Circuit said for 140 plus years 'chosen by the people' has meant a plurality of the vote," Goodman said.

"We will be asking a federal court in Maine whether it agrees with the Second Circuit Court of Appeals that 'chosen by the people' indeed means a plurality vote and, that second, can Maine alter that standard?"

The lawyers want the Secretary of State Dunlap to immediately stop processing the ballots until a judge can decide. But Dunlap said he isn’t ready to do that.

"We are implementing the law that has been enacted by the people of Maine," Dunlap said, "and we are following the law as best we can with the rules that have been implemented."

Our office is aware of pending litigation regarding the ranked choice voting tabulation process. We are continuing to process ballots toward the final tabulation and will review any court orders with our legal advisors.

"If a judge asks us to stop, we will," he said, but added that work won’t be stopped simply because Poliquin’s lawyer asked that it stop.

As for Poliquin, he insists it is just about finding out if the U.S. Constitution allows ranked-choice.

"We know the good people of Maine's 2nd District reelected me on Election Day by the Constitution’s legal one person, one vote system," Poliquin said. "What we don’t know yet is if the will of the people will be overturned by this chaotic and confusing ranked-vote counting process going on in Augusta."

A court hearing is scheduled for Wednesday morning, though an attorney close to the case said the initial hearing very likely will be just that — the first hearing in a complex case.

Here's the complaint that was filed in court:

Baber et al. vs. Matthew Dunlap, Secretary of the State

Poliquin released a statement saying that it has been several days since polls closed and still "no final election result". In his statement, Poliquin says ranked-choice voting "only adds additional cost to taxpayers, creates overwhelming confusion for our citizens, and is ripe for mishandling and unlawful electioneering actions, as evidenced already. "

"Any attempt by Bruce Poliquin to change the rules after votes have already been cast is an affront to the law and to the people of Maine. If Rep. Poliquin's concerns were anything other than in self interest, he should have filed the lawsuit before votes were cast."