Todd spoke with NEWS CENTER Maine's Pat Callaghan in Manchester about the political fortunes candidates who have been struggling in the polls. 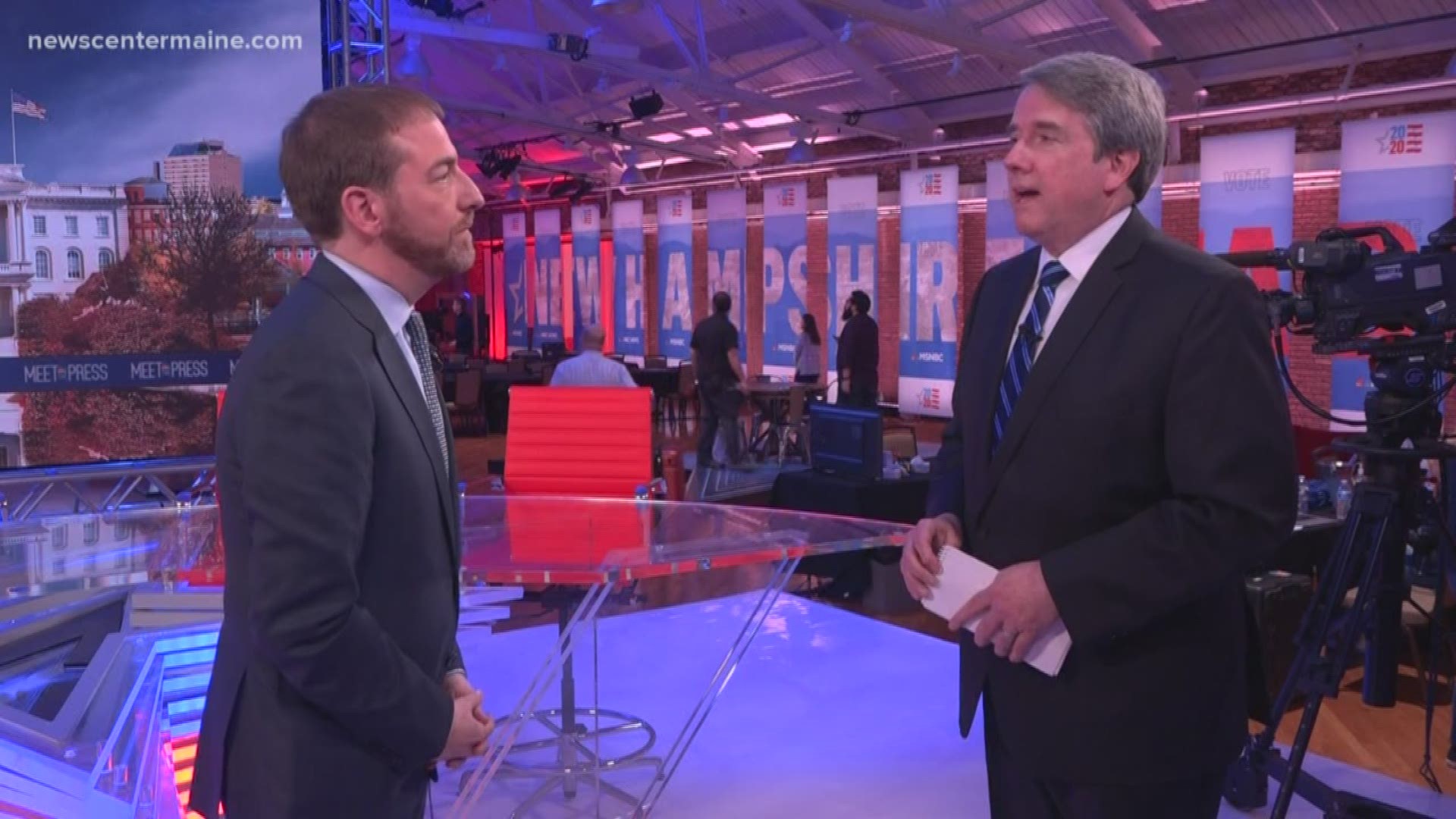 Todd says every candidate has flaws.

Joe Biden, he says, "is struggling with the working class, 'Scranton Democrat' that was supposed to be his."

Todd adds that Scranton, Pennsylvania and Manchester, New Hampshire, are practically sister cities. And he points out, "this election has independent voters, former Republicans who can jump into this thing. So it should be tailor-made for the Biden message of 'I'm the electable guy.' Two fourth-place finishes in a row would really undercut that message.

Todd says Sen. Elizabeth Warren, of neighboring Massachusetts, perhaps unfairly finds herself lost in the post-Iowa stories of the success of Bernie Sanders and Pete Buttigieg, and the falling numbers for Biden

"Being a neighboring senator and not finishing second here," Todd says, "does introduce the question, 'Why did the suburban Boston vote pick the mayor from South Bend and not you?'"

He believes Collins was in a no-win situation

Todd says the vote by her fellow Republican. Sen. Mitt Romney of Utah to convict Trump on one article of impeachment could change how some Maine voters view Collins.

"She's been able to successfully brand herself the single most independent Republican senator," he says. "Mitt Romney's vote undermined that. Does the voter in Maine who likes that about her suddenly look at her and say, 'oh, I don't view you as independent as I once did?' I think it's going to be her challenge; I think that's the difference between winning and losing."