More than 200,000 Mainers requested absentee ballots, according to the Secretary of State, a record for a primary election. 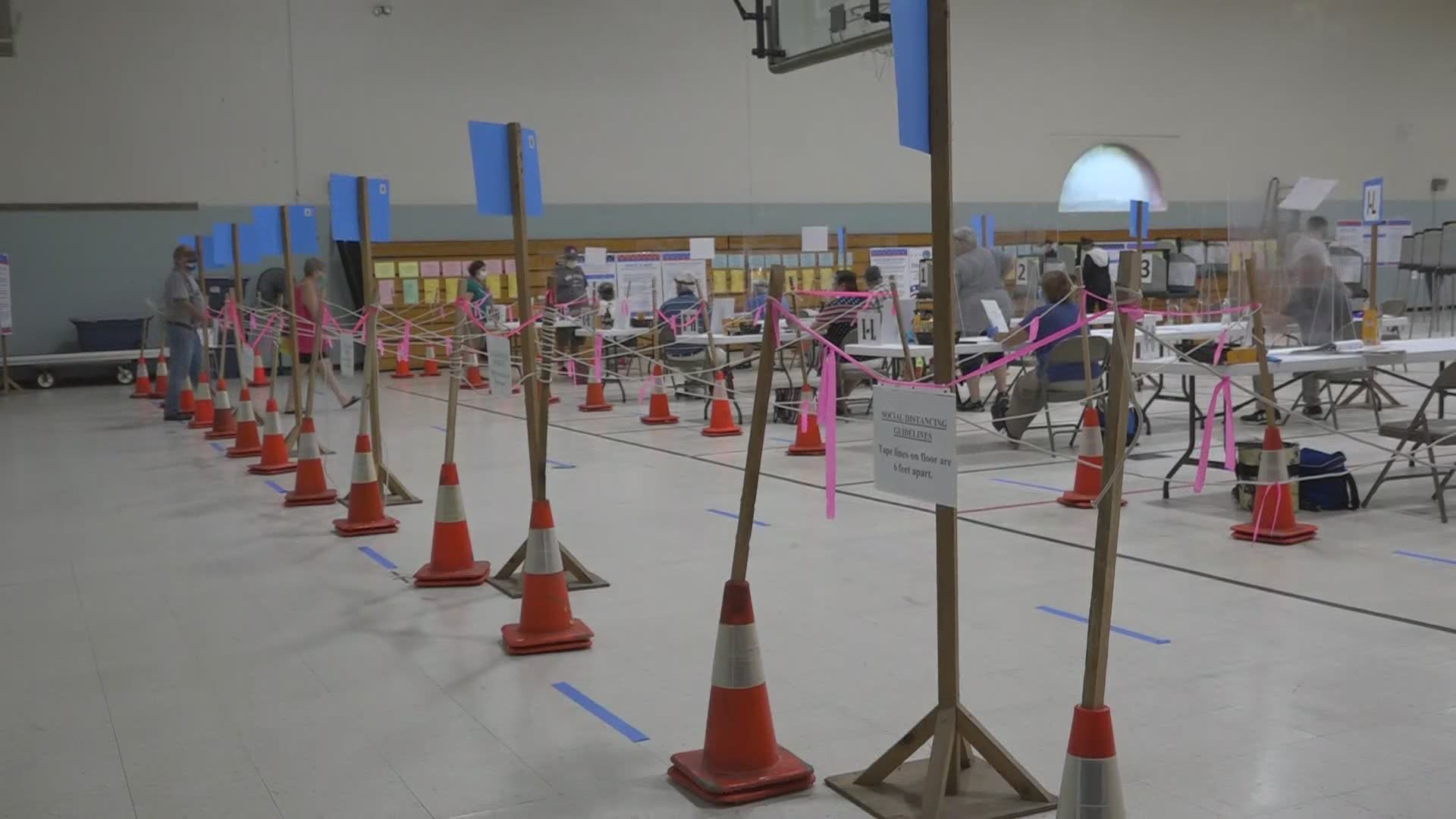 LEWISTON, Maine — The COVID-19 pandemic caused a large dip in in-person voter turnout in cities and towns across the state Tuesday after a record number of voters chose to use absentee ballots.

That did not stop some Mainers from getting out to vote in person though.

"It was fine," Jack Burt said after voting at the Cross Insurance Center in Bangor. "I always vote. I never miss it."

Polling locations had extra precautions in place, including Plexiglas barriers, roped off lines, and single-use pens.

In Lewiston, just 800 people had voted in person just after noon.

"We had a slow but very steady turnout," city clerk Kathy Montejo said.

She said she and her team have been working around the clock processing absentee ballots and preparing polling locations.

"I haven't slept very much in the last couple of days," Montejo said. "We really tried to think and re-think everything again. We really want to provide safety as much safety for both our workers and our voters."

Voting is going smoothly here in Lewiston. @MESecOfState Dunlap says in-person turnout statewide is low due to #COVID19—so these elections will largely be decided by absentee ballots. #NEWSCENTERmaine pic.twitter.com/H2oIE2QhlW

More than 200,000 Maine voters requested absentee ballots, according to the Secretary of State's Office, a record for a primary.

Dunlap said that does not necessarily mean a significant uptick in new voters.

With the exception of some issues with counting machines a handful of towns early on, there were not any major issues at polling locations statewide, according to Dunlap.

Many cities and towns have been early processing absentee ballots to help ensure results can get out on time once polls close.

"We don't anticipate major delays in reporting results," Dunlap said. "So we should now have a pretty good idea tonight how these races have turned out."

Mainers can get out and vote or turn in absentee ballots until 8 p.m.