Even though Holbrook has never held public office before, he says he has lots of practical experience and which makes him fit for the job. 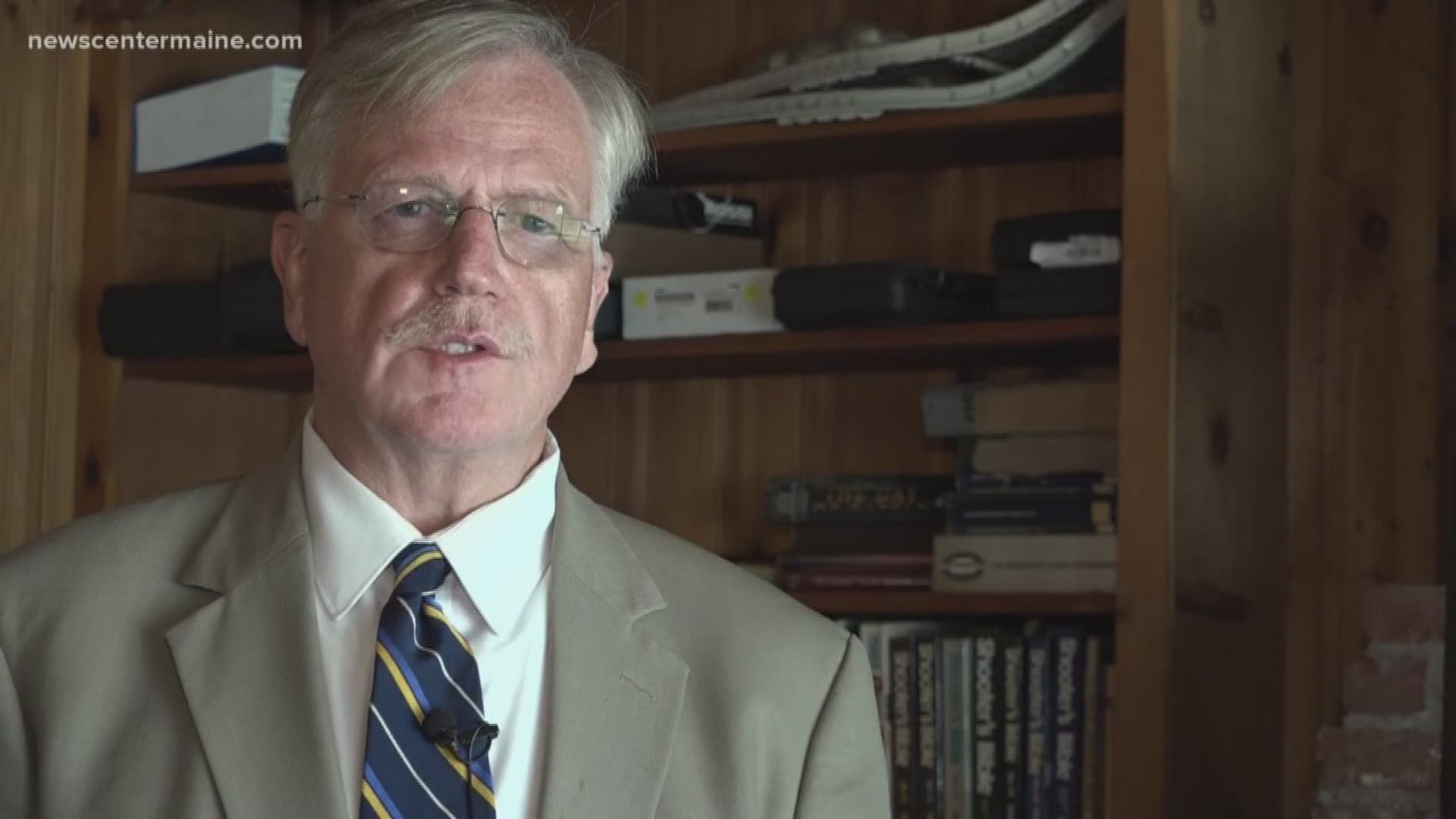 BRUNSWICK (NEWS CENTER Maine) – Dr. Mark Holbrook, the Republican who wants to unseat U.S. Rep. Chellie Pingree in the 2018 election, has been spending a lot of time at Brunswick’s C&R Trading Post.

Dr. Holbrook distributes campaigns signs to volunteers at the store and is a customer who says gun rights are an important issue for his campaign.

“I’m not a gun nut,” he said. “Second amendment issues are very important. I like to shoot and I’m an instructor but I’m not an expert. If I have a question, this is where I go to get the answer.”

Firearms are only one of the issues Holbrook says he is passionate about in his second run for Congress.

Even though Holbrook has never held public office before, he says he has lots of practical experience which makes him fit for the job.

“I’m a Maine native,” he said. “I graduated from the Maine Criminal Justice Academy in 1979 and spent 12 years in law enforcement. I’ve been a lobsterman, a commercial diver, a social worker and I have a Ph.D. in clinical psychology. My practice is with police officers, active duty military and veterans. My summers were spent on my grandfather’s farm. At eight-years-old, when you learn how to back a hay wagon into a barn, it teaches you a lot. You learn how to make something out of nothing.”

Holbrook says his number one priority, should he be chosen to go to Washington, would be attracting big companies and businesses to Maine.

He believes Pingree could have spent more of her ten years in Congress helping fix and promote Maine’s economy.

“She could have created the circumstances, she could have helped Maine’s economy,” he said. “Young people are leaving the state and I’m going to turn that around. I will be Maine’s biggest cheerleader we’ve ever seen."

Right below the economy on Holbrook’s priority list is the state’s opioid crisis.

Holbrook says this is another issue elected leaders could be spending more time trying to resolve.

“We aren’t losing a Mainer every day to guns, we’re losing Mainers to opioids,” he explained. “I think we’re missing the mark there."

As we’ve said, Holbrook has never held public office before.

He even calls himself an outsider in his own party, telling us that he is kind of “an independent” who also supports President Trump’s agenda “100 percent.”

Holbrook feels called to serve in Congress, at a high level, because he wants to leave a better world behind for his daughter.

He says he feels prepared for the job.

“What’s there to get ready for?” he said. “I’m just taking down my good common sense and understanding of the world and understanding of Maine and know what’s right and what’s wrong and will look at the legislation before me and say – does it fit? Primarily, I am going to be down there as a recruiter, getting new industries to Maine.”

However, Holbrook says he will only be a recruiter for two terms.

He says he has a nice life here in Maine, so at the end of a second term, he’d want to recruit a replacement and head home.