Clarifying Question 1, ahead of the March 3 ballot

Question 1 is a vaccine referendum to overturn a law passed last year. 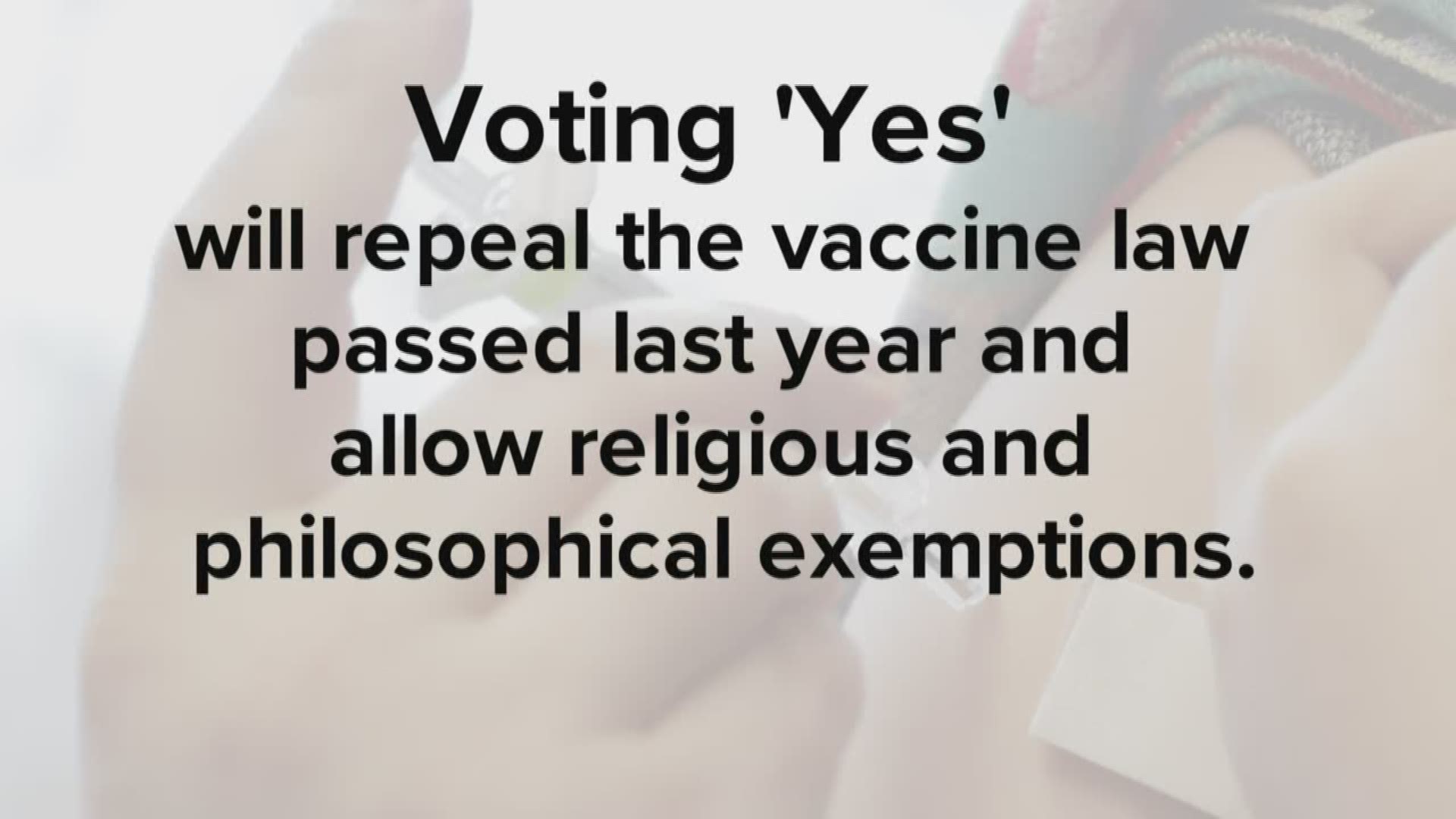 AUGUSTA, Maine — A little over a week from now Maine voters will be tasked with answering Question 1, the so-called people's veto referendum to overturn the current law and allow more vaccine exemptions.

We've heard from viewers like Stephanie Schmitt, who writes in part, "Almost every person I speak to is scratching their head as to what each side is suggesting, and what yes means and what no means."

It is the first question Maine voters will see on the ballot on March 3rd.

"Do you want to reject the new law that removes religious and philosophical exemptions to requiring immunization against certain communicable diseases for students to attend schools and colleges and for employees of nursery schools and health care facilities?"

The question is asking, do you want to allow vaccine exemptions for school-aged children?

Currently, the law allows medical exemptions. This question is referring to religious and philosophical reasons for not getting vaccinations.

A 'Yes' vote will repeal the vaccine law passed last year and allow religious and philosophical exemptions. A 'No' vote will keep the new law – only allowing a medical exemption for those concerned about vaccines.