During a question from moderator Pat Callaghan about being transparent and open as governor, Mills went after Moody for not releasing his personal income tax return to the Portland Press Herald.

It was the seventh forum with all the candidates since Labor Day, but the first to be televised statewide.

Like the others, this forum was friendly, until the end. Candidates agreed, in broad terms, on many issues. All said Maine’s workforce needs to grow and be better trained as a way to attract more jobs and keep young people in the state. But independent Alan Caron said making that happen requires more than just education.

"The problem is we don’t have a big enough workforce and the reason is we don’t have enough opportunities for people to stay here or come here," Caron told the audience of more than 500 at the Maine State Chamber of Commerce annual meeting.

"I’m not talking about younger Mainers going out for minimum wage jobs," Moody said. "Those jobs are going away."

Candidates agreed on increasing teacher pay and expanding broadband around the state — though they also agreed broadband will be costly. Independent Terry Hayes said it could cost $500 million to truly spread fast internet access statewide.

"I see us building it as a public-private partnership," Hayes said. "Government wouldn’t run it but we could rent it."

"It's going to cost a lot and you do need public-private partnership," Mills said. She said there is federal money available that could help. 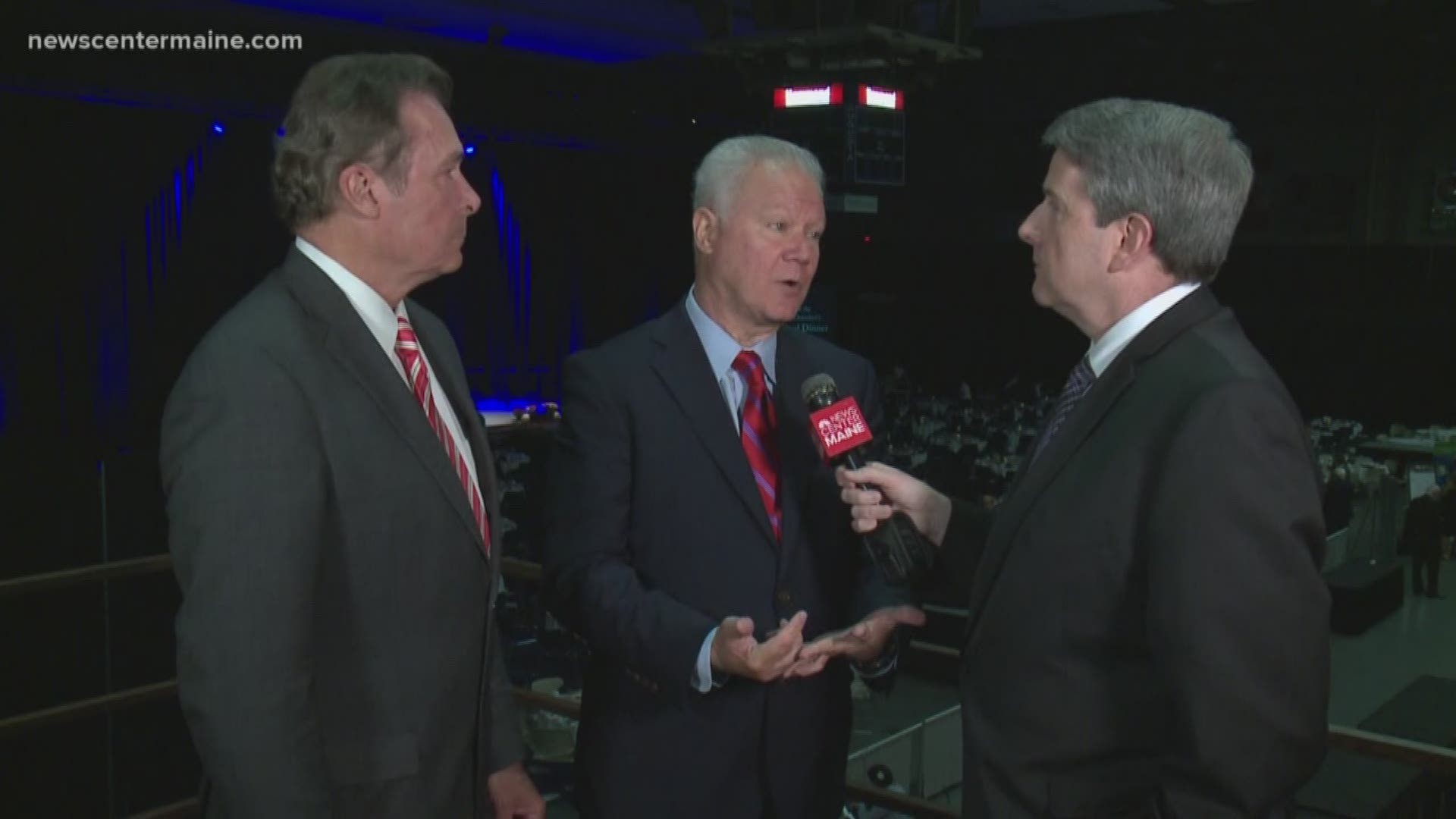 All the candidates said they support more renewable energy. And all expressed uncertainty about the controversial Central Maine Power transmission line.

But there was one flash point. During a question from moderator Pat Callaghan about being transparent and open as governor, Mills went after Moody for not releasing his personal income tax return to the Portland Press Herald.

"I’m waiting for Mr. Moody to release his tax returns so we can all see that as the first act of transparency," Mills said. "I think it's important we look at his finances just as we look at our finances."

Moody said those taxes include his business.

"We would be releasing confidential information about our business out in public and I don’t want to compromise a coworker-owned company who I have to answer to those folks," Moody responded.

Moody went after Mills for having to get an extension on her income taxes.

"I know your tax return, Janet, probably a simple W-2, you postponed it for nine months," Moody said.

Mills shot back that her "return is filed; my taxes have been paid."

It was the first time there had been that kind of argument between the two front-runners. There has been no recent public polling released for the race, but while the Hayes campaign has suggested Mills has opened a lead, many Republicans still suggest Moody has a lead.

For more 2018 midterm election coverage, visit our Voice of the Voter page