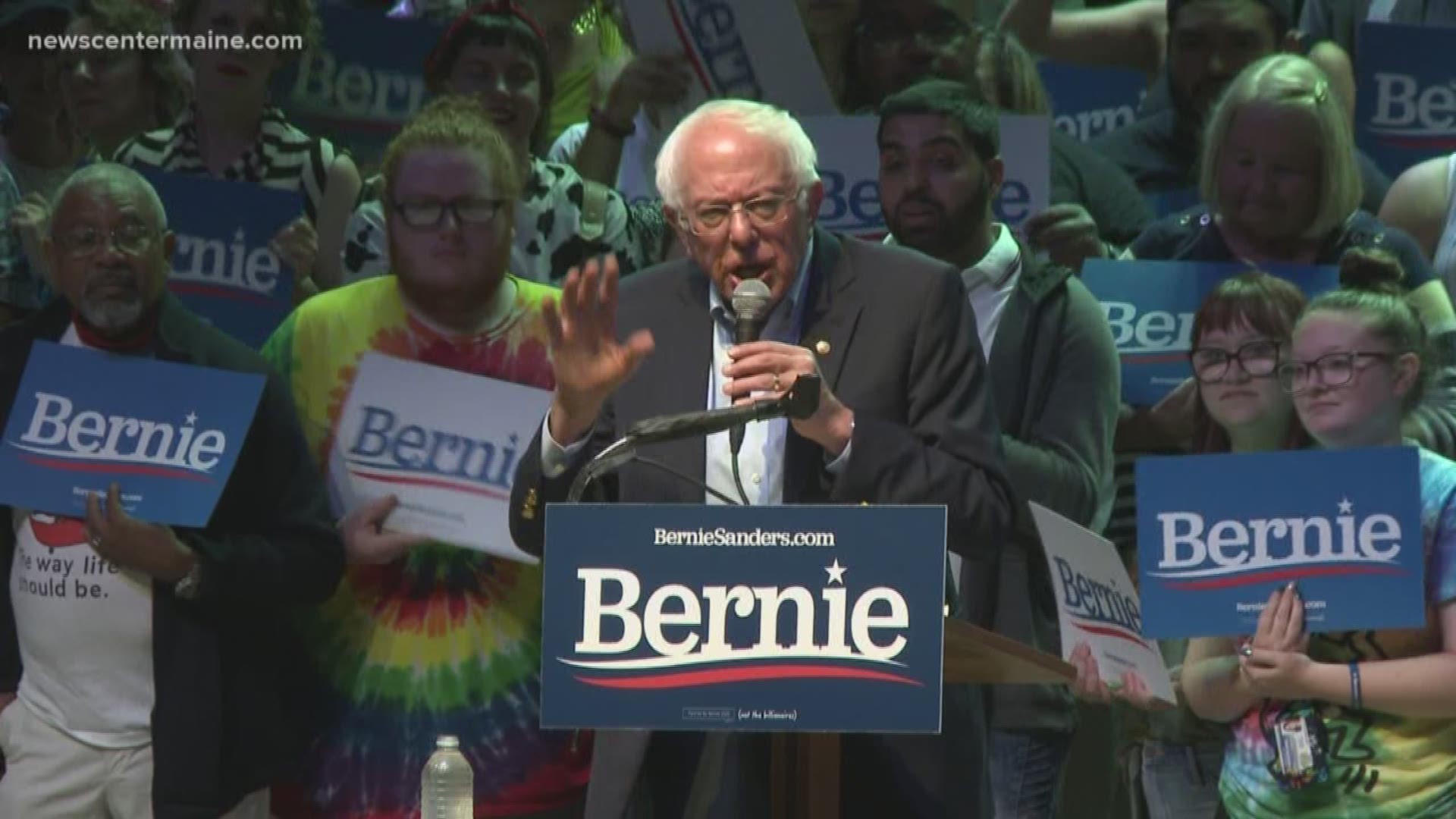 PORTLAND, Maine — Democratic presidential candidate Sen. Bernie Sanders held a rally at the State Theatre in Portland Sunday night. He spoke to hundreds of his supporters about raising the minimum wage, equal pay, and health care.

"It's a little crazy that we are the only major country on earth not to guarantee health care to all its people," said Sanders.

The senator from Vermont says it elected president, he will give "Medicare for All" Americans. The proposal would replace job based and individual private health insurance with a government plan. It would guarantee coverage for everyone, with no premiums or deductibles, and only minimal co-pays.

"Under Medicare for all, no one will pay more than two hundred dollars for prescription drugs he or she needs," said Sanders 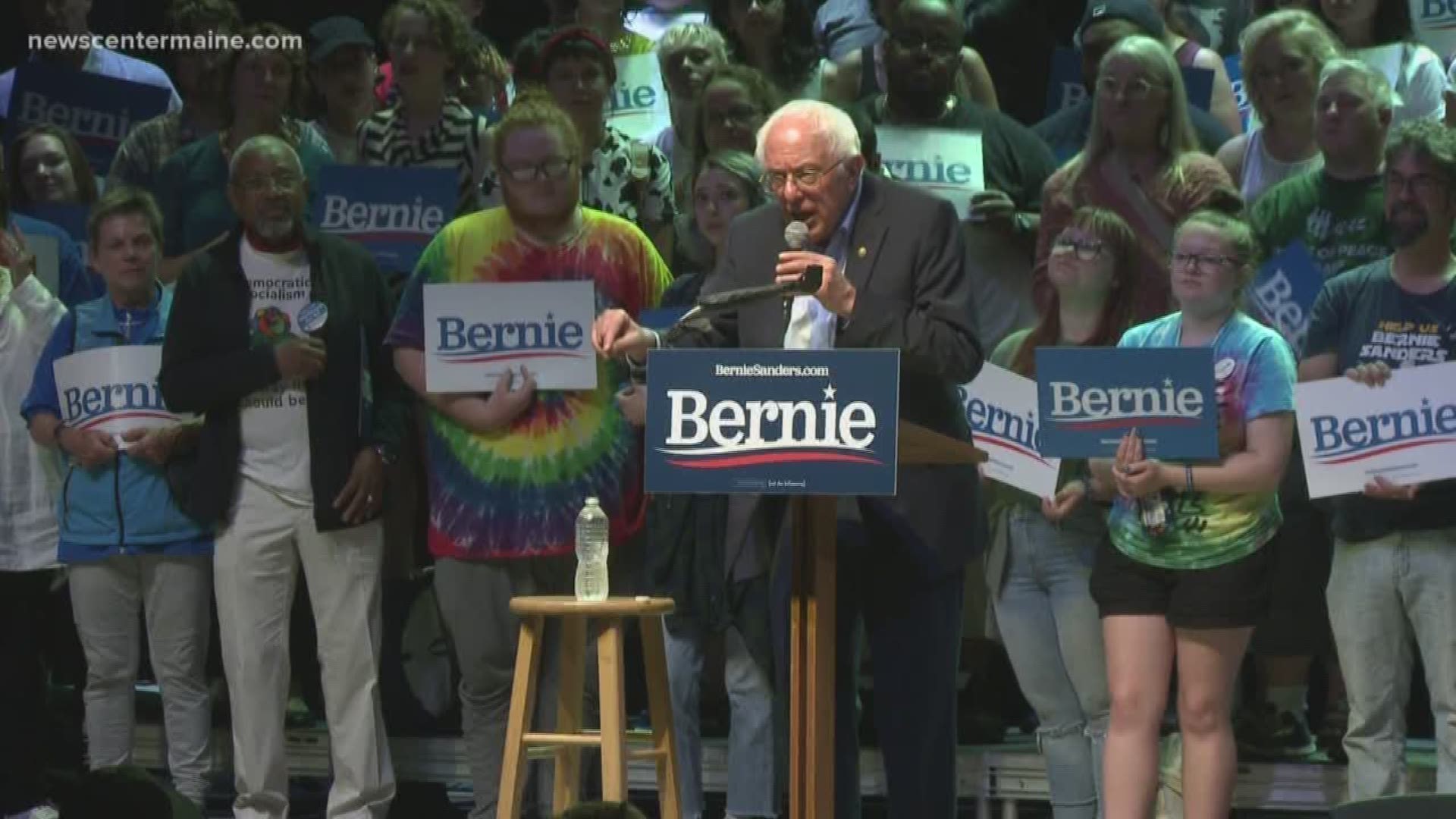 The Maine Republican Party released a statement saying, "As Bernie Sanders visits Portland this weekend, Mainers and their well-being is the last thing on his mind. The private healthcare your union worked so hard to negotiate? Gone. The propane or fuel oil you use to heat your home? Hope it’s a mild winter and you have plenty of blankets."

Sanders also touched on climate change, gun control in the wake of the deadly shooing in Texas, and took jabs at President Donald Trump. He will also attend a breakfast at the Irish Heritage Center on Monday.

Both events are open to the public. The breakfast is ticketed at $25 per person.

Health care was the focus of Sanders' second day of campaigning in pivotal recent swing through South Carolina, where lack of Medicaid expansion has left thousands unable to obtain health coverage.

RELATED: Too old for president? Health and fitness is a better question

The Vermont senator focused on "Medicare for All," his signature proposal replacing job-based and individual private health insurance with a government-run plan that guarantees coverage for all with no premiums, deductibles and only minimal copays for certain services. 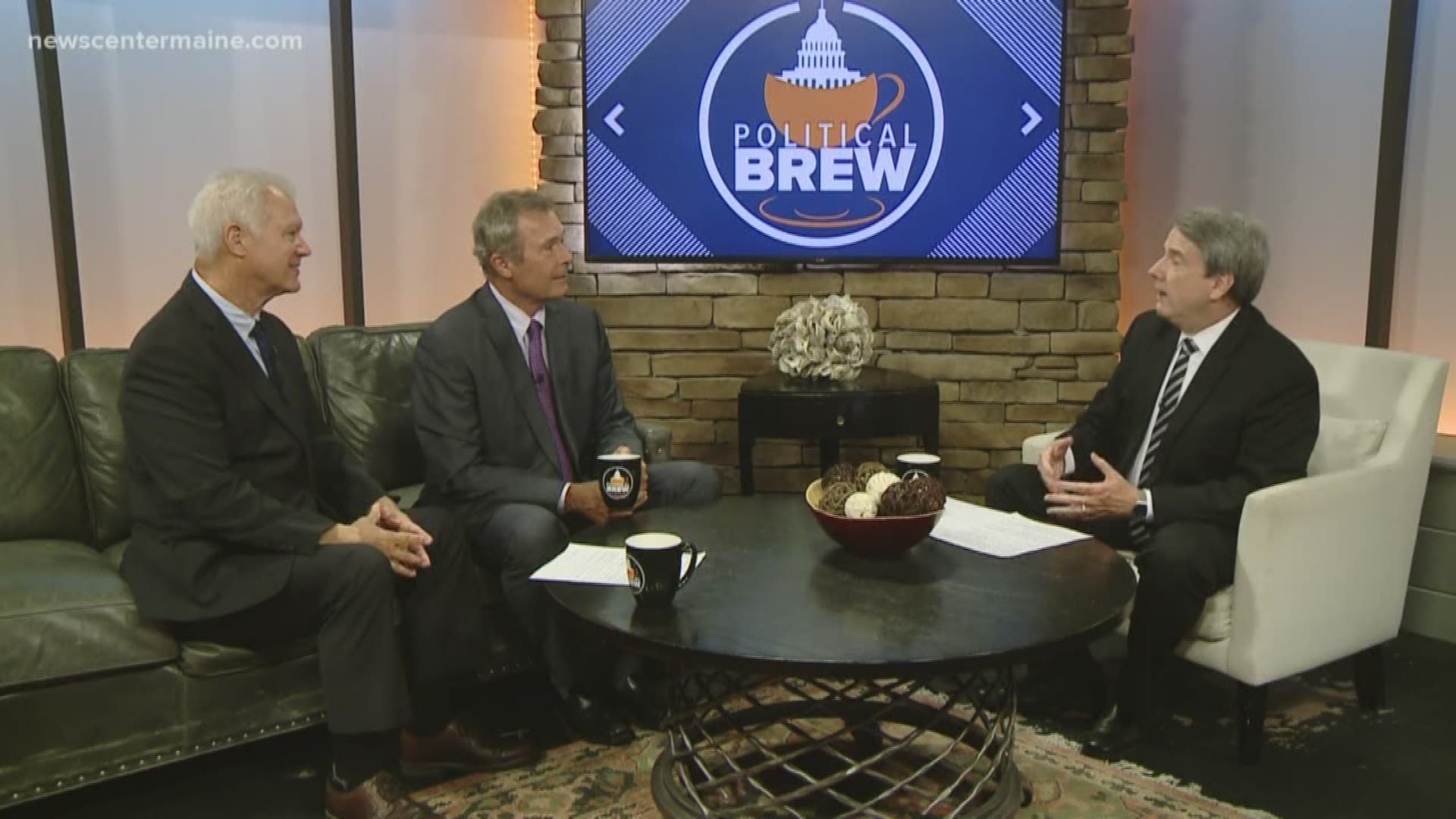 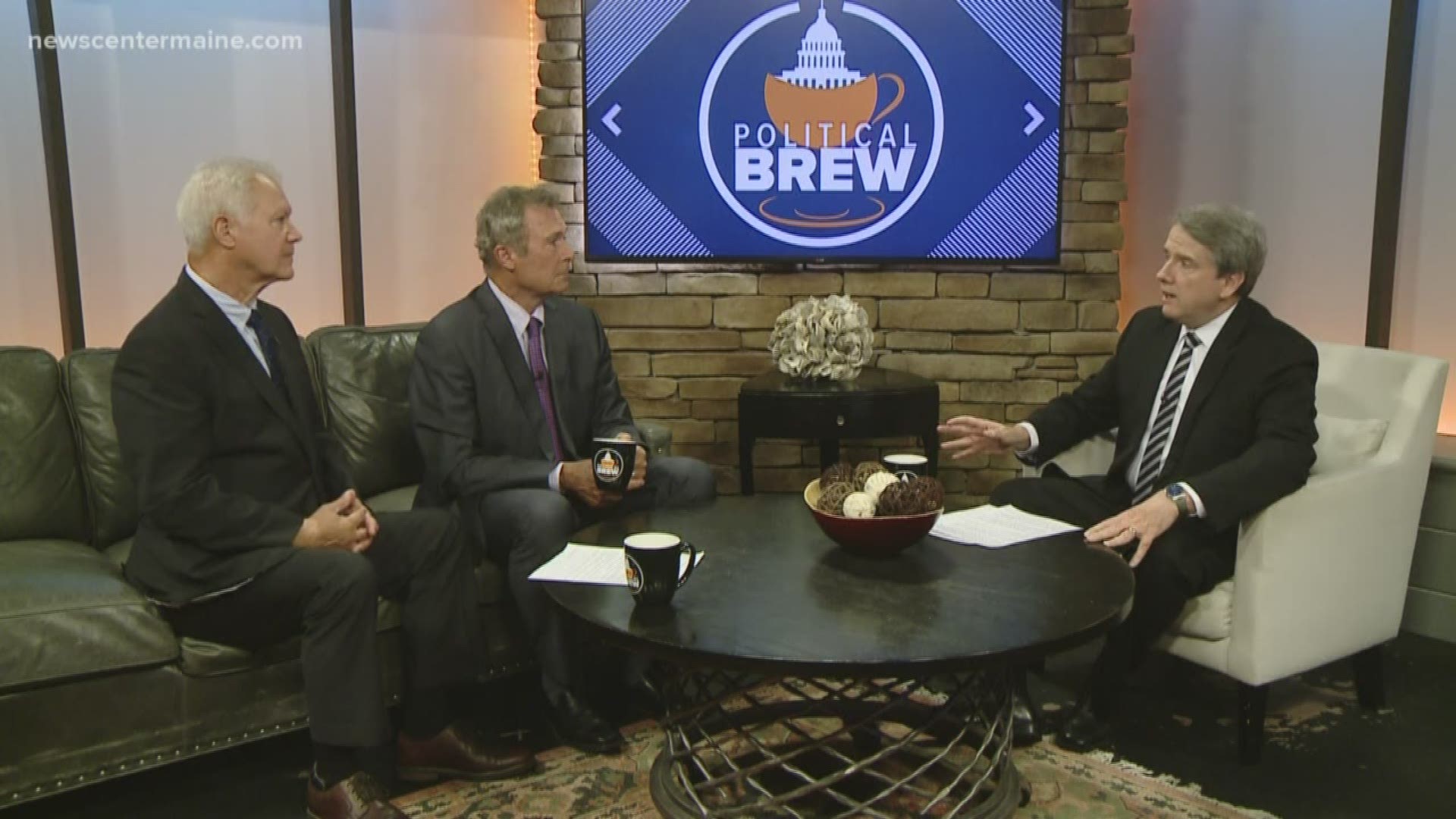 Health care and how to reform the nation's system is a critical debate among the candidates vying for the Democratic nomination. It's under intense focus in states like South Carolina, home to the first-in-the-South 2020 primary, which is among the Republican-led states that turned down Medicaid expansion under the Affordable Care Act.

As a result of that decision, according to healthinsurance.org, a health insurance industry watchdog, about 92,000 South Carolinians are in the "coverage gap," without access to insurance. This group of mostly low-income residents doesn't qualify for subsidies on the exchange and is heavily reliant on emergency rooms and community clinics for care.

The lack of expansion has also had institutional ramifications, leading to the closures of hospitals in rural areas, tasked with serving a wide-reaching population and heavily reliant on Medicaid funds. According to the Sheps Center for Health Services Research at the University of North Carolina, 113 rural hospitals have closed since January 2010. Four of those facilities were in South Carolina.

While the overall notion of "Medicare for All" remains popular, some recent polling has shown softening support for the single-payer system, with hesitation at the idea of relinquishing private coverage altogether. Under Sanders' legislation, it would be unlawful for insurers or employers to offer coverage for benefits provided by the new government-run plan.

Nationwide, 55% of Democrats and independent voters who lean Democratic said in a poll last month they'd prefer building on President Barack Obama's Affordable Care Act instead of replacing it with Medicare for All. The survey by the nonpartisan Kaiser Family Foundation found that 39% would prefer Medicare for All. Majorities of liberals and moderates concurred.

Sanders' legislation does not specify new revenues, instead providing a separate list of "options" that include higher taxes on the wealthy, corporations and employers while promising the middle class will be better off.

Sanders tallied up other personal expenses that would go away under his plan, including co-pays and medication costs over a $200-per-year cap. Sanders said he was also working on a proposal to eliminate medical debt, which he called the leading cause of consumer bankruptcy.

His campaign provided more details on Saturday, saying the plan would cancel an existing $81 billion in existing, past-due medical debt, with the federal government negotiating and paying off bills in collections. Sanders is proposing changes to a 2005 bankruptcy bill, which he blames for further hampering Americans' abilities to regain their financial footing.

In early states including South Carolina, some voters continue to voice confusion as to exactly what various candidates in the vast Democratic field mean when they advocate for pieces of a Medicare for All plan. California Sen. Kamala Harris' new plan would preserve a role for private insurance. New Jersey Sen. Cory Booker is open to step-by-step approaches.

Others including former Vice President Joe Biden have been blunt in criticizing the government-run system envisioned by Sanders.