In addition to her guest poet, Mills mentioned an historic senator and family friend; a well known fly fisher; Maine's first licensed guide; a Civil War hero; a legendary Penobscot nation governor; and a founding member of the Republican Party.

AUGUSTA, Maine — The following are excerpts from Gov. Janet Mill's inaugural address in which she mentioned notable Maine figures, along with details about their significance:

"There are many in this state who are 'the unsung' as poet Wes McNair has called them." (Gov. Mills' inauguration speech)

McNair, Maine's state poet laureate from 2011-2016, read aloud a poem ahead of Mills' inaugural address titled "The Song for the Unsung." In it he spoke of those unsung and overlooked, the hopeful starting again, and persistence.

Originally from New Hampshire, McNair has lived in Mercer, Maine, for many years. He has won numerous awards, authored 10 volumes of poetry, and is currently a professor at the University of Maine at Farmington.

"I am from the foothills of Maine, which bred Margaret Chase Smith and Carrie Stevens." (Gov. Mills' inauguration speech)

Former Sen. Margaret Chase Smith served four terms in the U.S. Senate, which at the time had never before been accomplished by a female senator. She was a candidate for the GOP nomination in the 1964 presidential election.

Sen. Smith was a friend of the Mills family, living in nearby Skowhegan. At the event of each birth of Janet Mills and her siblings, Sen. Smith penned a personal letter to their mother Kay. Her letter to Janet began with: "Dear Janet, I am delighted that you have arrived."

"I am from the foothills of Maine, which bred Margaret Chase Smith and Carrie Stevens." (Gov. Mills' inauguration speech)

Stevens was a well known fly fisher who gained fame with the advent of the Grey Ghost Streamer, an artificial fly used to imitate smelt and catch trout.

"And Cornelia Crosby — known as Fly Rod Crosby — who became Maine’s first registered guide in 1897, and who famously said, “I would rather fish any day than go to heaven." (Gov. Mills' inauguration speech)

"Fly Rod" Crosby was Maine's first licensed guide and an enormous promoter of the Pine Tree State. She wrote a nationally syndicated column which attracted many outdoorsmen to Maine, and is also credited with bagging the last legal caribou buck in the state of Maine.

"Former Governor Joshua Chamberlain described this link back in 1876:

"'This great and wide sea…these beaches and bays and harbors…these things invite the brave, the noble…Thought comes here and dwells…They will love the land, and the land will give back strength.'" (Gov. Mills' inauguration speech)

Chamberlain, who served as Maine's 32nd governor, is best known for his valiant leadership as commander of the 20th Maine during the Battle of Gettysburg in 1863. Thirty years later, he would be awarded the Medal of Honor.

"The Wabanaki people know this bond. Their wisdom was passed along by people like Joseph Attean, legendary Governor of the Penobscot nation, a brave, open-hearted and forbearing individual, who guided Henry David Thoreau in his first moose hunt, through the vast and primitive wilderness to Chesuncook Lake." (Gov. Mills' inauguration speech)

Attean is considered by the Penobscot nation's people as their last hereditary and first elected chief. He served as a guide for author Henry David Thoreau.

"We will bring back Maine’s tradition of civil discourse, expressed by Governor Israel Washburn, a friend of Abraham Lincoln’s, in his 1861 inaugural:

"'Waving aside petty schemes and unseemly wrangles…let us rise, if we can, to the height of the great argument which duty and patriotism so eloquently address to us.'" (Gov. Mills' inauguration speech)

Washburn Jr., Maine's 29th governor and a U.S. congressman from 1851-1853, led an anti-slavery battle to defeat the Kansas-Nebraska Act of 1854 and is widely cited as one of the founders of the Republican Party. 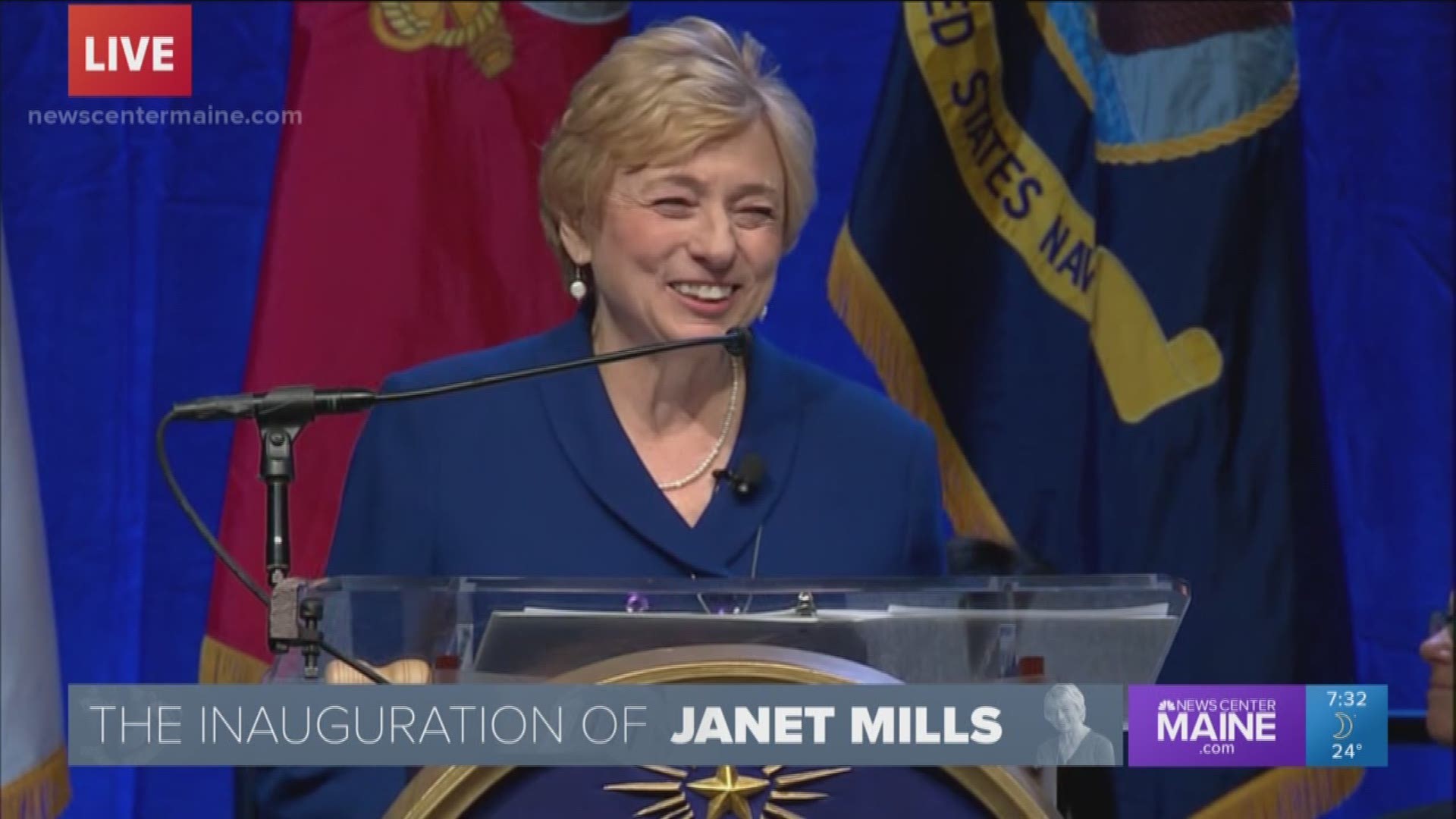