The Pences voted at the City-County Building Friday morning. 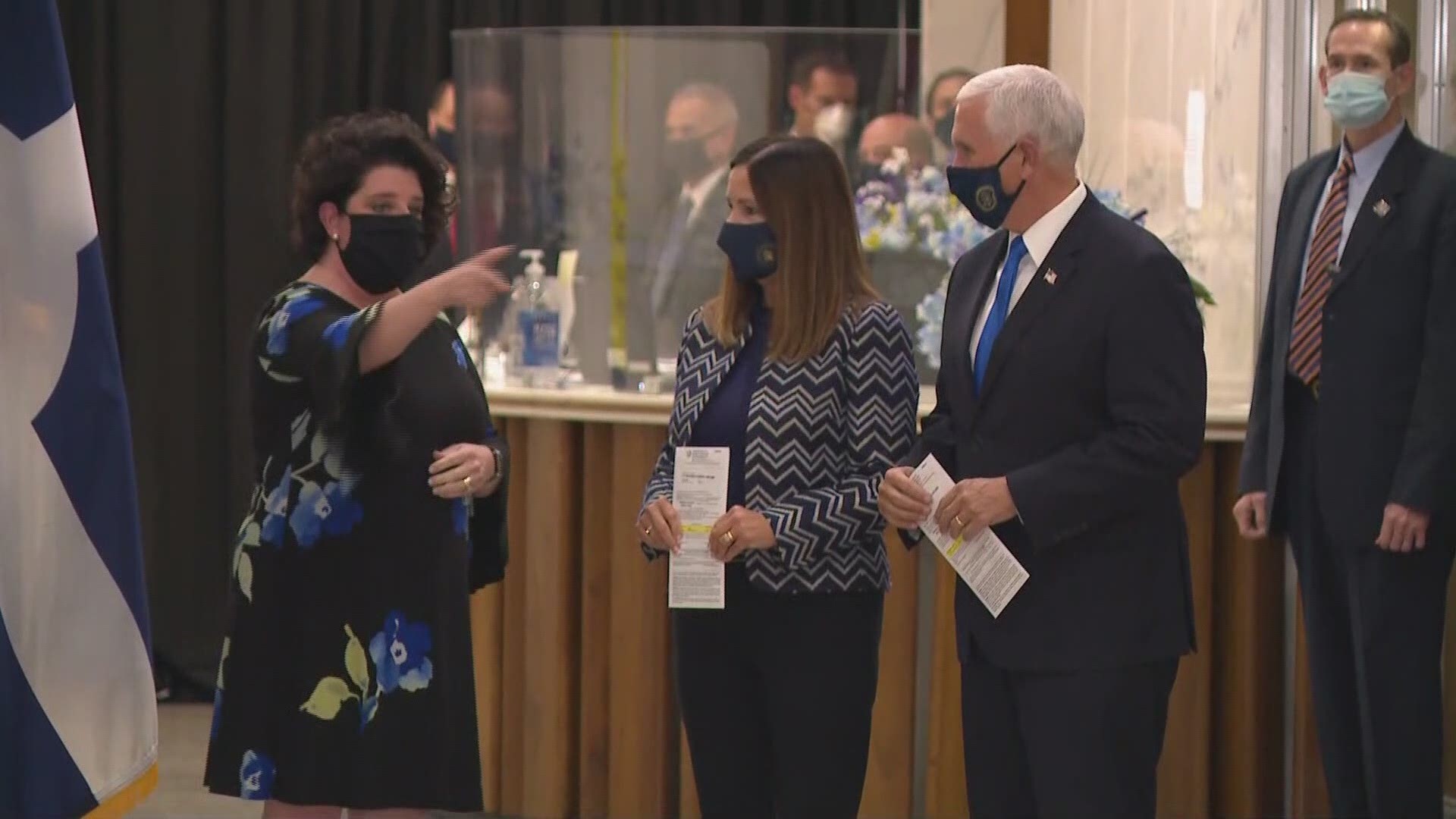 INDIANAPOLIS — After canceling an earlier trip, Vice President Mike Pence came back to Indianapolis along with Second Lady Karen Pence to vote early in the November election.

The Pences dropped off their absentee ballots at the City-County Building in downtown Indianapolis Friday morning.

The Vice President appeared in Fort Wayne Thursday night before flying into Indianapolis on Air Force 2.

Voters lined the sidewalk outside the building to vote early as Pence's motorcade arrived.

The first five voters have been allowed inside the CCB to vote. They have to go through a security check due to the arrival of @VP and @SecondLady. @WTHRcom #wthr #indiana #vote #vote2020 pic.twitter.com/EzN7dAqMWz

After voting, Pence will be going to Pittsburgh for another appearance Friday.

The Pences had originally planned to vote early in Indianapolis, Friday, Oct. 9. That trip was canceled Oct. 8 for unknown reasons.

Some 13News viewers asked about Pence's eligibility to vote in Indiana, given his residency in Washington. Since Pence is temporarily living in government-provided housing, his residency defaults back to his last legal address - the governor's residence on North Meridian Street.

That address is also the legal address listed for current Indiana Gov. Eric Holcomb. But the issue of having the same legal address has never been taken to court, so it's untested.

13News learned the Pences requested absentee ballots from the Marion County Clerk's Office prior to the first planned trip. The Vice President and Second Lady voted by dropping off those ballots in person Friday.