Question 1, the so-called People's Veto referendum, is trying to overturn a vaccine law passed last year by the Legislature. 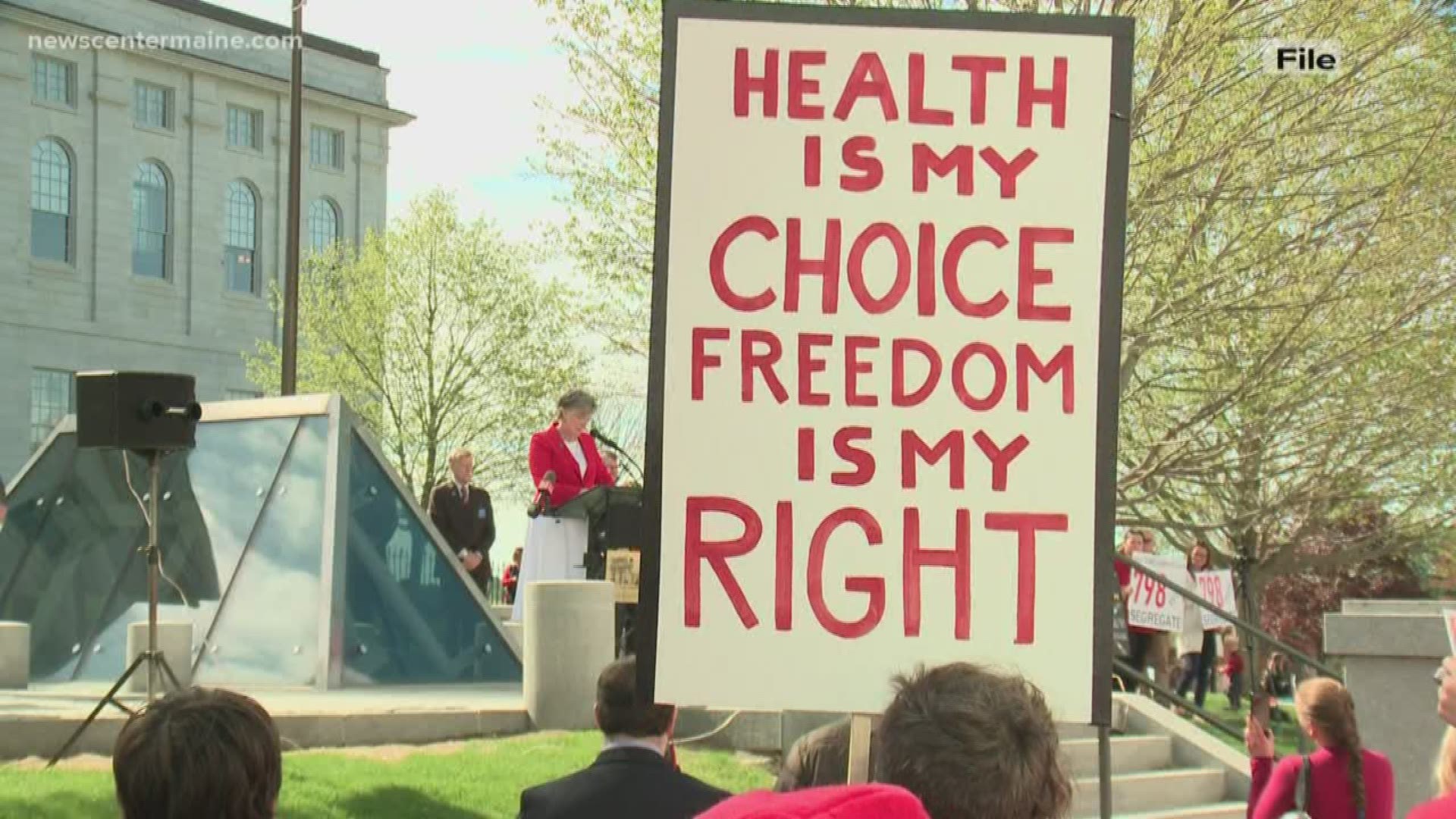 The debate over vaccine exemptions is shifting from parental choice to accusations about drug companies. On March 3, Mainers will decide if they want to keep a new vaccine law passed last year by the Legislature. The law removed religious and philosophical exemptions to having children vaccinated in order to attend school.

Question 1, the so-called People's Veto referendum, is trying to overturn that law and keep the exemptions.

On Tuesday, the group that wants to pass the referendum and reject the new law showed off posters it is putting on a Portland bus shelter and several buses, claiming pharmaceutical companies are making big profits from vaccines, and that those companies played a big part in pasting the law last year.

“Those most passionate about upholding medical freedom in the face of big pharma’s sinister attacks have always known this debate has little to do with vaccinations and everything to do with our states independence and freedom to choose we Mainers value so dearly,” Cara Sacks, co-leader of the campaign called Yes on 1 Maine to Reject Big Pharma, said.

The group claims the drug makers worked inside the Legislature to pass the new law in order to help their profits.

The leader of the group supporting the law, Maine Families for Vaccines, called that claim of drug company influence “insulting” saying many doctors and other medical providers supported the law last year and want to keep it on the books.

Blaisdell says Maine’s vaccination “opt-out” rate last year was 5.6%, meaning that portion of kindergarten students had parents who chose not to have the children immunized. She said that number represents a public health risk.

Both sides are advertising online, on TV, and radio to get their message out, but the ad campaigns won’t last long.

The vote will be March 3, which is the Maine Presidential Primary. But all registered voters can vote on the Question 1 referendum, whether they are in a party or not.

A 'Yes' vote will repeal the vaccine law passed last year and restore the religious and philosophical exemptions. A 'No' vote will keep the new law and leave only a medical exemption for those concerned about vaccines.