Trump's son Don Jr. to campaign in Holden on Wednesday 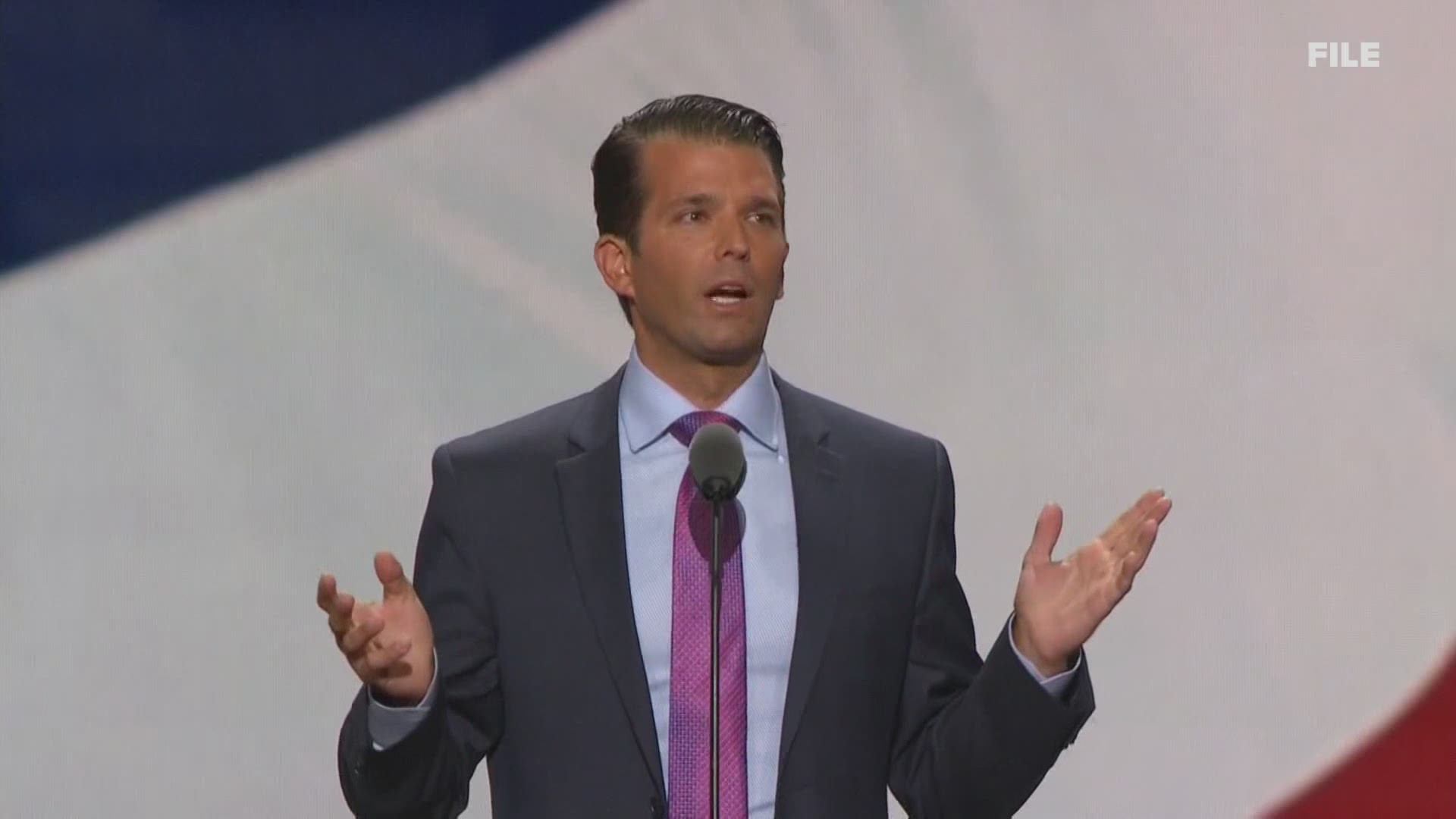 President Trump's oldest son Don Jr. will head to Holden on Wednesday, Sept. 23, to host a "Make America Great Again!" event at Maine Military Supply, a military supply store in Holden. It's unclear whether this event will be held indoors or outdoors.

Registration for the event is open now. There a limit of two tickets per person.

Vice President Mike Pence will also be making a campaign stop in New Hampshire on Tuesday. His event is planned for Gate K at the AutoServ Hangar in Gilford.

Eric Trump's event in Saco on Thursday drew about 200 supporters to the Camp Ellis pier. The event was intended to focus on the lobster industry; Trump has said he thinks he should win Maine because of measures he's taken to help the Maine lobster industry.

Mr. Governor - it was great to be with you today! Our family loves Maine and your incredible Lobstermen and @realDonaldTrump will never let you down! Let’s #KeepAmericaGreat 🦞 https://t.co/2SgGY8H5Rx

Trump has been deploying his children across the country as part of his family-first political strategy. Ivanka, Eric, and Don Jr. have been headlining events, fundraisers, and rallies in battleground states for weeks.

Maine is a unique state when it comes to elections. It's pretty evenly split red and blue; it's one of two states that splits electoral votes, rather than the "winner take all" process; and it has early voting. All of these factors make Maine an enticing battleground state for presidential candidates.