President Donald Trump said Kentucky Rep. Thomas Massie should be thrown out of the party after threatening to delay the House's relief bill. 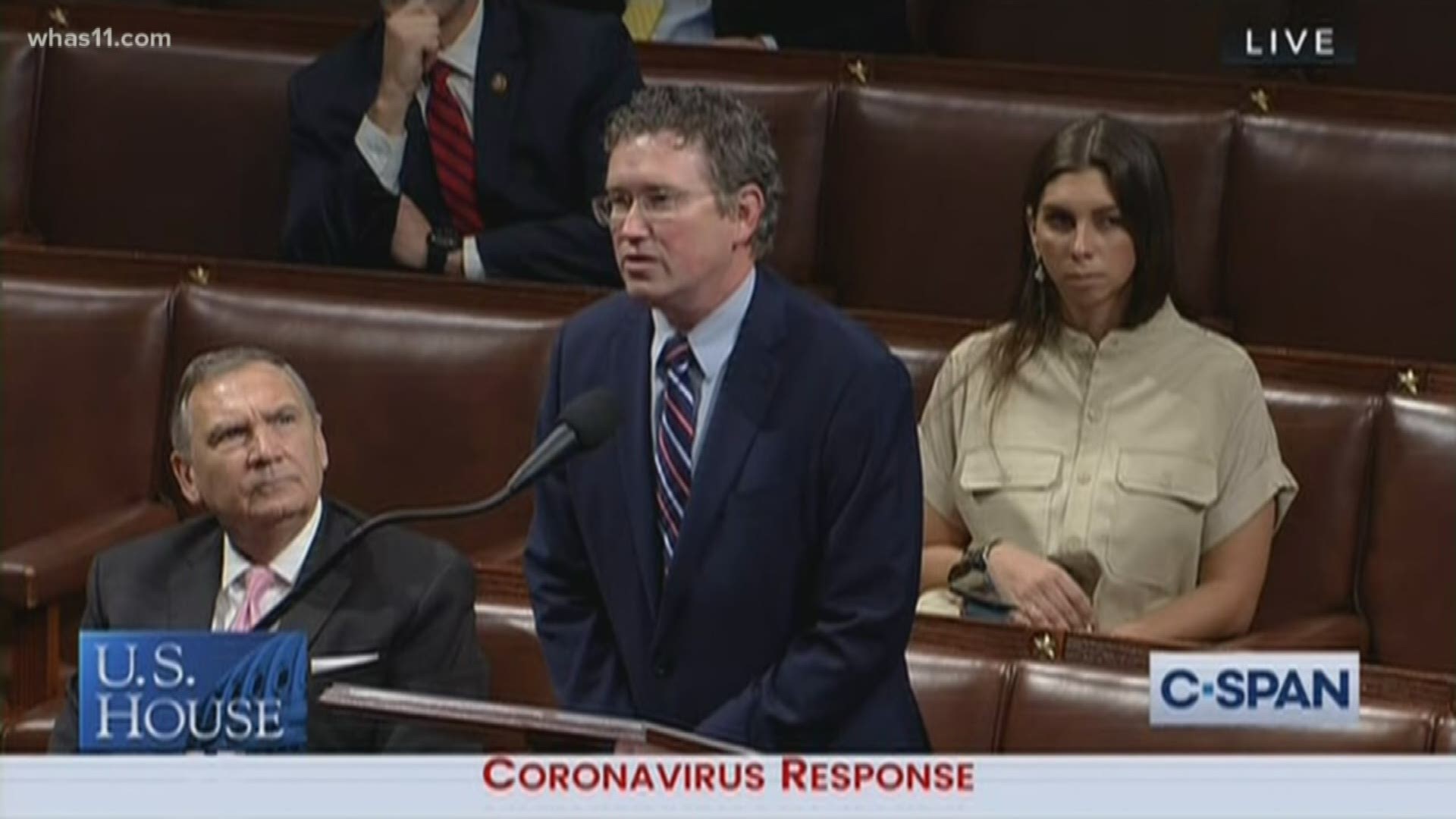 Massie, who opposes the bill, threatened to try to force a roll call vote, delaying passage until most lawmakers return to Washington for a vote.

"Looks like a third rate Grandstander named @RepThomasMassie, a Congressman from, unfortunately, a truly GREAT State, Kentucky, wants to vote against the new Save Our Workers Bill in Congress," Trump tweeted. "He just wants the publicity."

Trump continued to say working with the Democrats was "HELL" and they had to give up things in order to get the bill done, only for Massie to delay the passage.

"By empowering the Radical Left Democrats, do nothing Kentucky politician @RepThomasMassie is making their War on the 2nd Amendment more and more difficult to win," Trump tweeted. "He is a disaster for America, and for the Great State of Kentucky!"

The president tweeted he hopes Republicans can win back the House currently controlled by Democrats, "but throw Massie out of Republican Party!"

Democrat John Kerry retweeted Trump, saying this was finally something he and the president could agree on.

"Breaking News: Congressman Massie has tested positive for being an a**hole," Kerry tweeted. "He must be quarantined to prevent the spread of his massive stupidity."

In a tweet Thursday morning, Massie defended his decision by saying the bill was not a good deal, but the Associated Press reported his move infuriated lawmakers, with numerous Republicans, have called him in an attempt to persuade him not to delay the vote.