Earlier in the day on Sunday, Governor Janet Mills expressed concerns about the lack of coronavirus enforcement at the event. 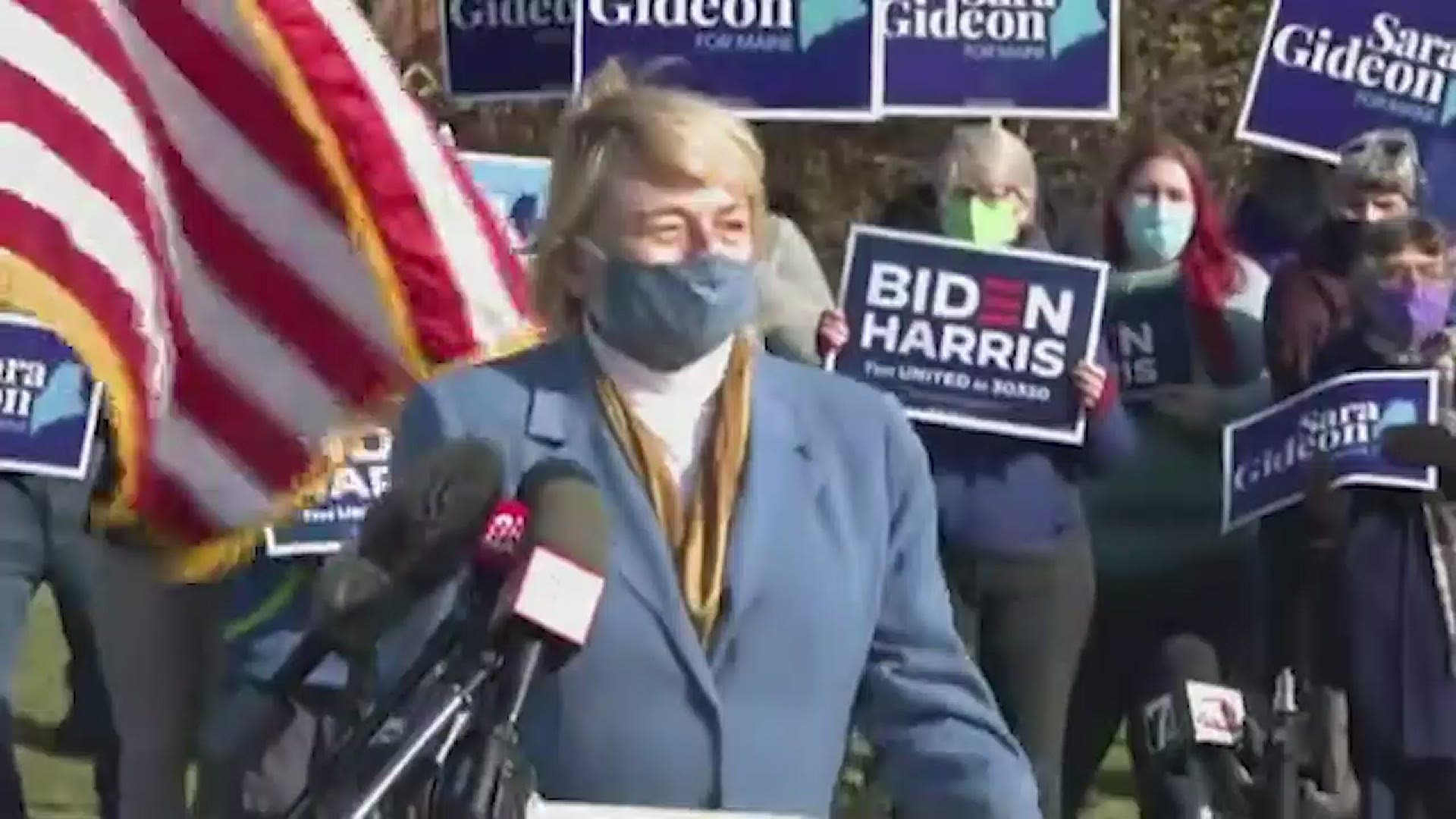 The orchard in Levant has received criticism for the large crowd and lack of masks among those in attendance when the president stopped by for a previously unscheduled visit on Sunday. While Trump's security detail all wore masks, very few were wearing them in the non-socially-distanced crowd—a breach of state guidelines. While interacting with the crowd, the president himself was also maskless.

In response to Trump's visit, the orchard posted the following on Facebook:

Late last night we received a call from the White House asking if President Donald Trump could visit our family farm during a small, unpublicized stop. Each day we aim to make America a little better by practicing radical hospitality, connecting people together, and to the land through agriculture. We extend that to each of our guests regardless of political persuasion or office. And so when someone asks if they can come to the farm, the answer is ‘yes’. This event was not a rally and we are not endorsing any particular candidate, but we are honored to welcome a sitting president into our home.

"We were asked by a sitting president if he could come and visit the farm and that's a great honor and we're open to do that, so it's been an exciting day," Treworgy Family Orchards CEO Jon Kenerson added.

Earlier in the day, Governor Janet Mills had expressed concerns about the lack of coronavirus enforcement at the event.

"I don't know what's going on. Who's organizing that gathering, how big it is, or what the parameters are. I will say if anybody does attend a gathering of whatever sort, whoever sponsoring it. Politics aside, because you know, this pandemic doesn't care about politics. There's no Democratic virus, a Republican virus, or a Green or Independent virus," said Mills. "The virus doesn't care what your politics are it will hit anybody and everybody at any time, and the president of all people should know that. So I would advise anybody attending a gathering in excess of the limits that we've we've established that they get themselves tested. That they make sure, then they're not going to come with the virus or spread it to others knowingly or unknowingly spread it to others. That's the most important thing."