'Harris just has broken all kinds of glass ceilings today': Women who paved the way for Kamala Harris

"I'm not the first, and I won't be the last," Vice President Kamala Harris said. 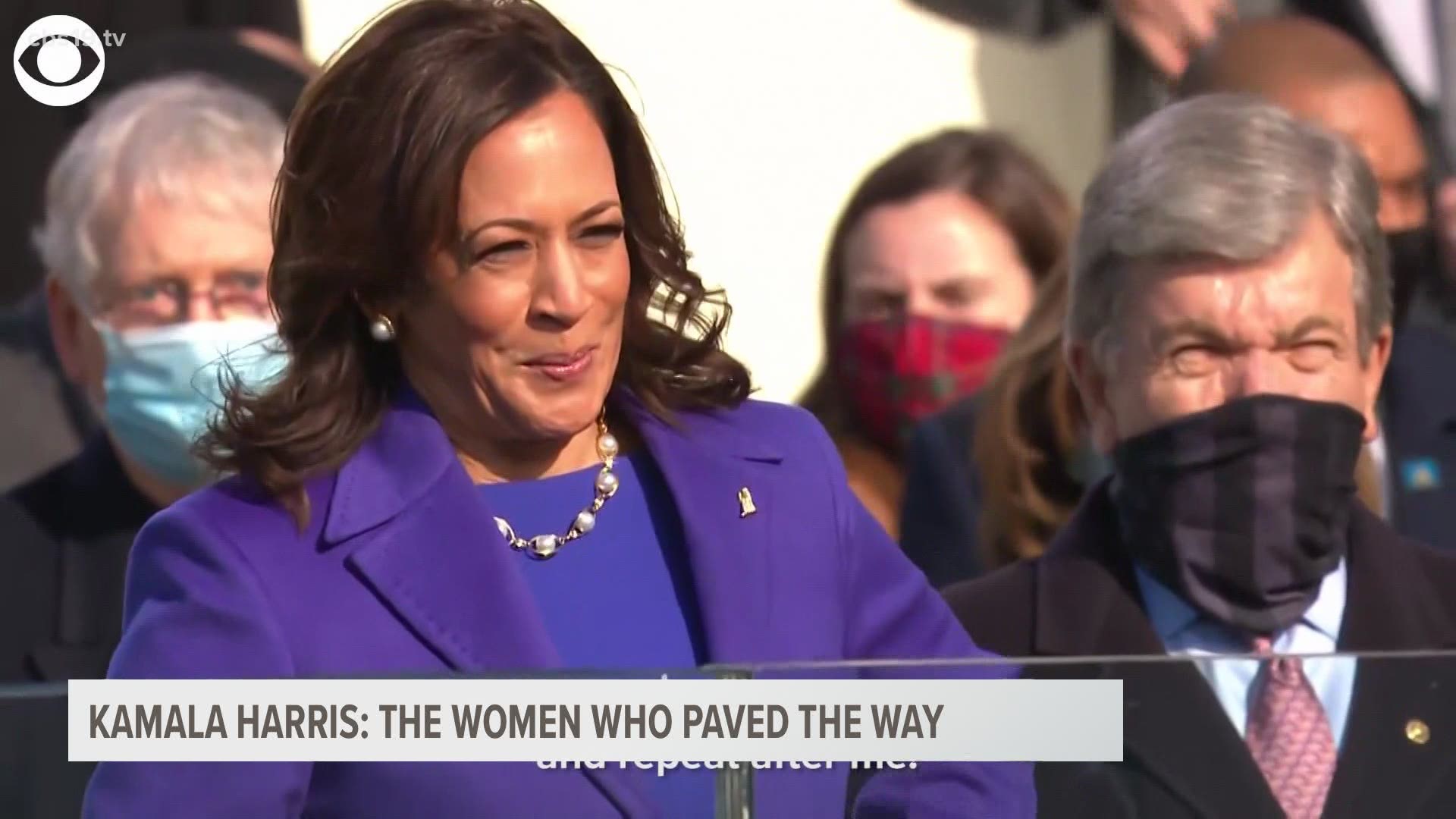 TYLER, Texas — January 20, 2021, is a historic day for the United States. The inauguration has named Kamala Harris the nation’s first female vice president.

Her supporters all over the country decided to celebrate by wearing her signature outfit — a pair of Chucks and some pearls.

As Harris has said herself, she may be the first Madam Vice President, but she won't be the last. Her landmark victory comes after decades of countless women paved the way, but who are some of these women?

Dr. Calvin Lester with Jarvis Christian College offered, “so you've got Shirley Chisholm that ran in 1972.”

Katie Owens, a government instructor with Kilgore College added, “the first woman to actually throw her hat in the ring for major party nomination was Margaret Chase Smith.”

These two had no problem listing some of the trailblazers.

Lester finished with, “of course, you had Secretary of State Hillary Rodham Clinton."

Let’s not forget Victoria Woodhull. She tried to run in 1872.

Owens offered the caveat, “that's often kind of maybe not so legally accepted because women didn't have the right to vote.”

Women could not legally vote until the 19th amendment passed in 1920, but the fight didn’t end there. Women spent the next 100 years climbing hurdles in the government and at home with their family and friends.

Lester partially blames the way that many women have been raised and "our society's construct of limiting women and women accepting that and not wanting to be the powerful, majestic, regal, and intelligent people that they are.”

The fight didn’t on January 20 either, but women and allies everywhere took a break to celebrate.