Biden and Warren pressing for votes In New Hampshire

The former VP and the Massachusetts Senator need to gain ground to close the gap by Tuesday. 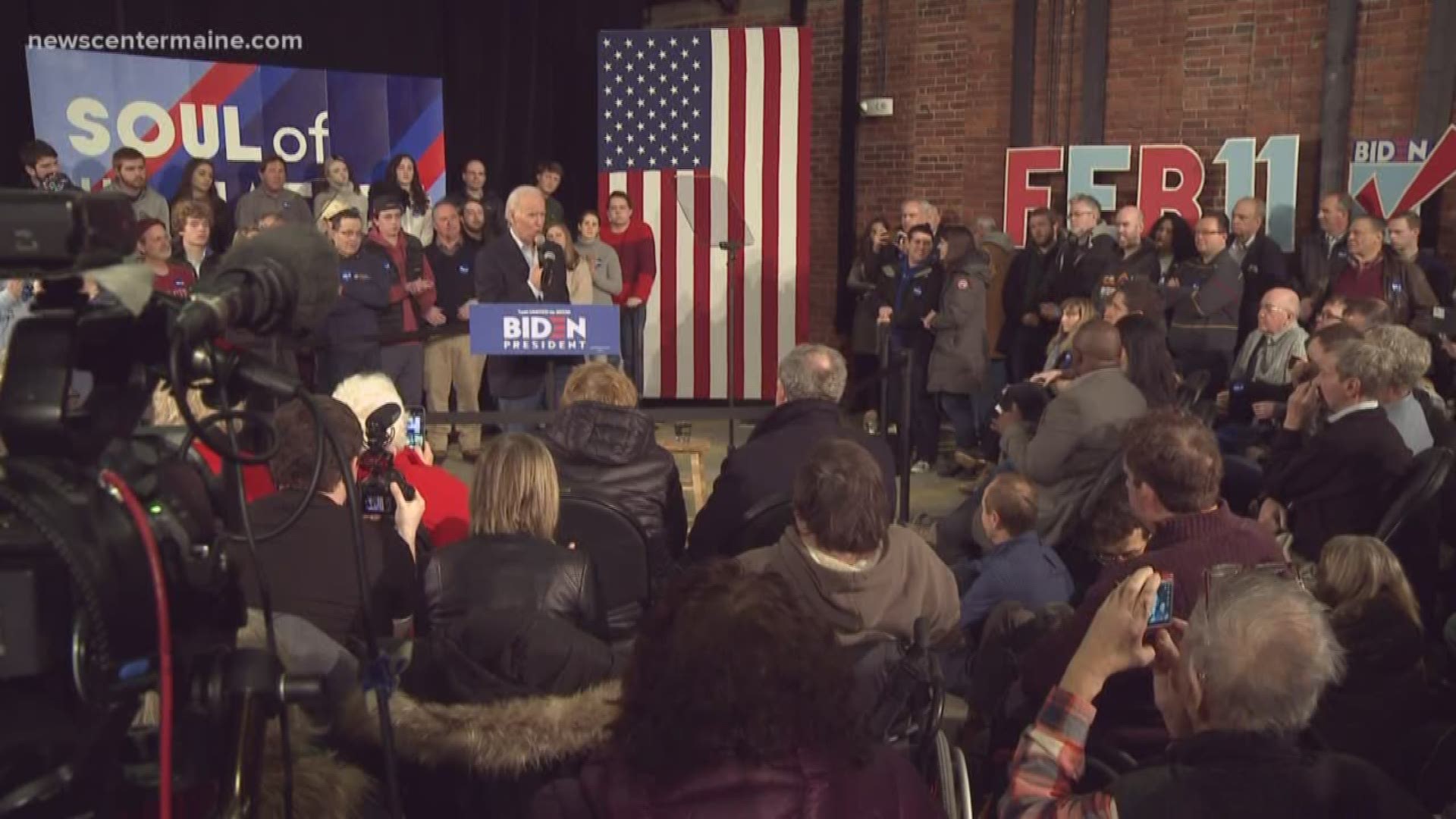 MANCHESTER, New Hampshire — While Joe Biden received praise for his tough but civil debate performance Friday night, the former vice president along with Massachusetts Senator Elizabeth Warren both need to gain a lot of ground to close the gap between themselves and front runners Bernie Sanders and Pete Buttigieg.

Biden and Warren spent Saturday rallying supporters and comparing their records to those of their opponents.

Fresh off of Friday's debate, Biden's campaign launched a new video highlighting such accomplishments as his work to pass the Affordable Care Act. The focus on his experience was set in contrast to Buttigieg who previously served as mayor of South Bend, Ind.

Waiting amid the atmosphere of a historic theater to hear Biden speak, Louise Gosslin said the former VP still has time to make up ground and sway voters despite polling fourth.

"He might be able to, but someone like me has never given their opinion of who they are going to vote for," Gosslin said.

Following an introduction from Olympic figure skater Michelle Kwan, Biden told a standing room only crowd he won't stop fighting to win the White House back from President Trump, but he needs the support of all voters.

"I will persevere and I will prevail folks. We are in a battle for the soul for this country," said Biden.

Across town, Sen. Elizabeth Warren was going door to door in the hunt for more votes on primary day.

William Farley of Manchester said he is leaning toward Warren because of her plans that would target the nation's wealthiest population. Her wealth tax will do a lot to make that better, said Farley.

A number of folks at Biden's event came from outside of New Hampshire. They traveled from Massachusetts, Connecticut and even Florida. All of them described themselves as undecided voters trying to hear from as many primary candidates as they can.

But some voters said, even if their choice doesn't win the first-in-the-nation primary, they'll unify behind whoever is the nominee in November to get a Democratic back in the White House.

RELATED: New Hampshire is a last chance for some struggling 2020 Democrats