Lisa Savage would carry the banner for the Maine Green Independent Party. 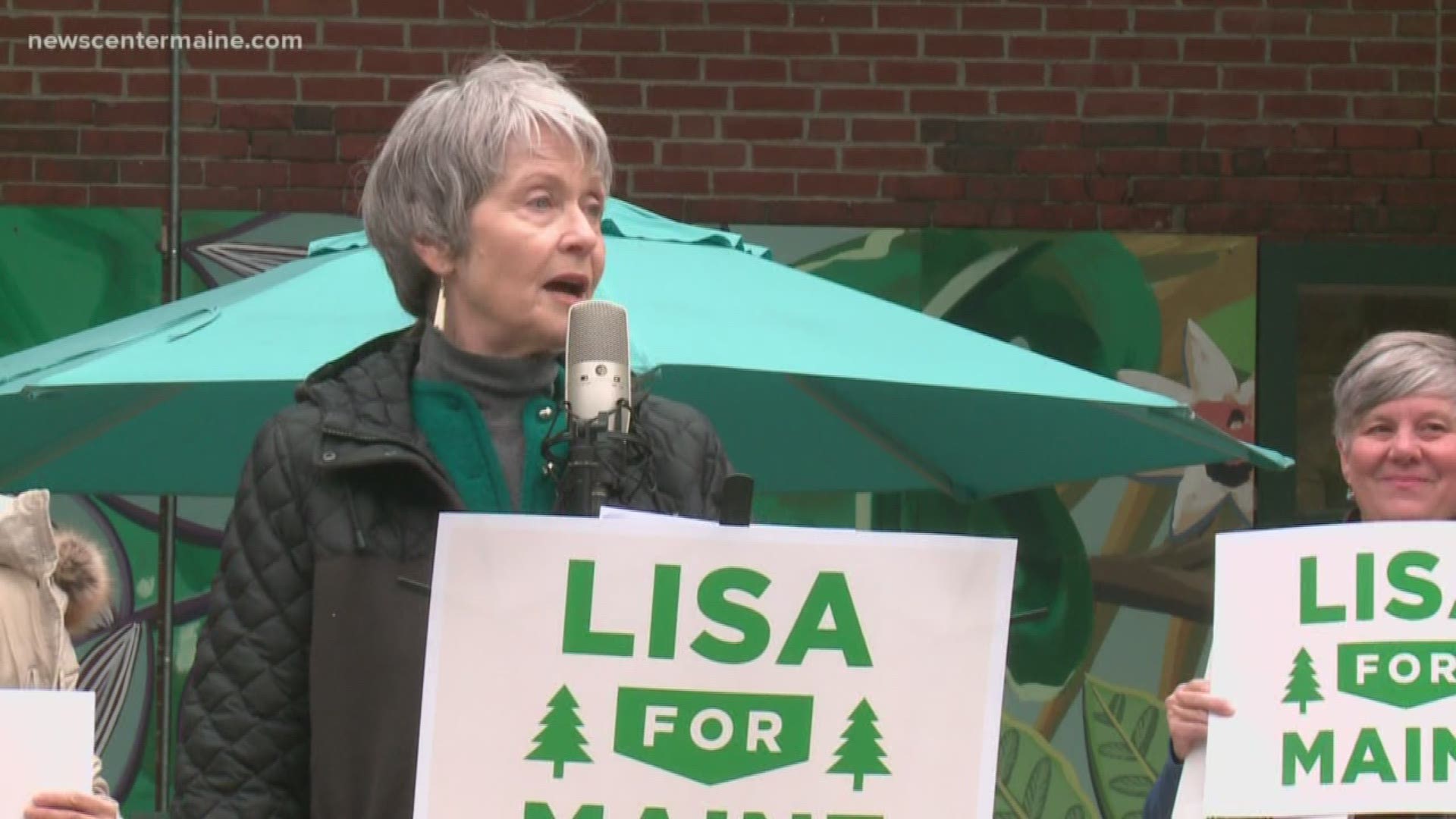 PORTLAND, Maine — A teacher from Solon gives low marks to Sen. Susan Collins and suggests herself as an alternative.

Lisa Savage held court at Congress Square Park in Portland on Thursday, October 10 to tell Maine voters that she is forming a committee to explore a U.S. Senate campaign.

Savage is affiliated with the Maine Green Independent Party. Sen. Collins, who currently holds the seat, is a Republican. Savage's campaign put out a statement making the case for her candidacy by saying Collins "has increasingly aligned herself with Donald Trump's far-right Republican agenda."

Several Democrats are also lining up to challenge Collins in the 2020 election including Speaker of the Maine House of Representatives Sara Gideon, retired Air Force General Jon Treacy, Betsy Sweet and Bre Kidman.

Savage assured voters that she has no intention of playing the role of a spoiler. Her campaign argues that her presence in the race will increase the turnout of progressive voters, and under ranked choice voting, that will increase the chances of unseating Collins.

"I'm running to give Mainers a senator who will stand up for the people, the planet and peace," Savage said. "We deserve a government that works for us, not the big banks, weapon manufacturers and fossil fuel giants who are calling the shots in Washington."

Savage's campaign laid out the ways that she has already been working to achieve those goals. As a teacher, her job is to give the next generation of Mainers the tools they need to succeed. She previously held a leadership role in her local bargaining unit of the Maine Education Association. And she was active in the campaign to urge Bath Iron Works to sever its ties to the military and turn its resources toward green energy projects.