Sen. Collins says she will vote to allow witnesses, documents in impeachment trial

Collins announced Thursday night she will in fact vote in favor of witnesses and documents. Her decision comes as another key moderate Republican said he will not. 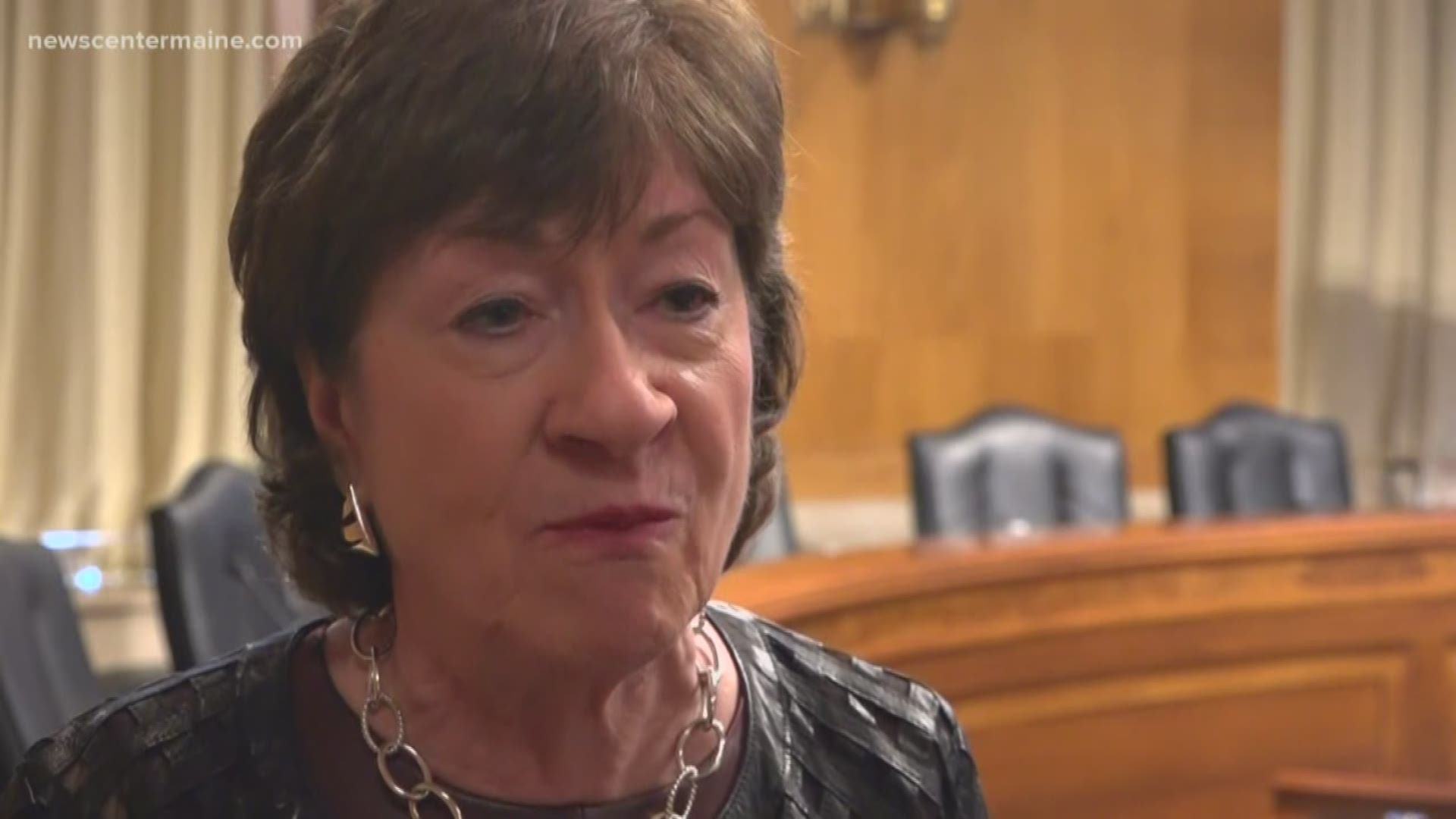 WASHINGTON, D.C., USA — Maine Sen. Susan Collins says she will break from her party and vote in support of the motion to allow witnesses and documents to be subpoenaed in Pres. Trump's impeachment trial.

"I believe hearing from certain witnesses would give each side the opportunity to more fully and fairly make their case, resolve any ambiguities, and provide additional clarity. Therefore, I will vote in support of the motion to allow witnesses and documents to be subpoenaed," Collins said in a statement Thursday night.

Collins noted that she made the decision after first hearing opening arguments and asked questions of legal teams.

"In keeping with the model used for the impeachment trial of President Clinton, at this point, Senators are able to make an informed judgment about what is in dispute and what is important to the underlying issues," she said.

Collins was among a small group of Republicans that pushed for a vote on witnesses in the initial trial resolution.

Her announcement comes after another moderate Republican, Sen. Lamar Alexander of Tennessee, declared he will oppose calling more witnesses.

Alexander and Collins were among just four Republicans open to voting in favor of witnesses, but with Alexander's decision it now looks like the vote will ultimately fail.

If it does, a final vote expect to acquit Pres. Trump could happen by the end of the day Friday.