Collins and Pingree said they will both work to fight and overturn the new policy. 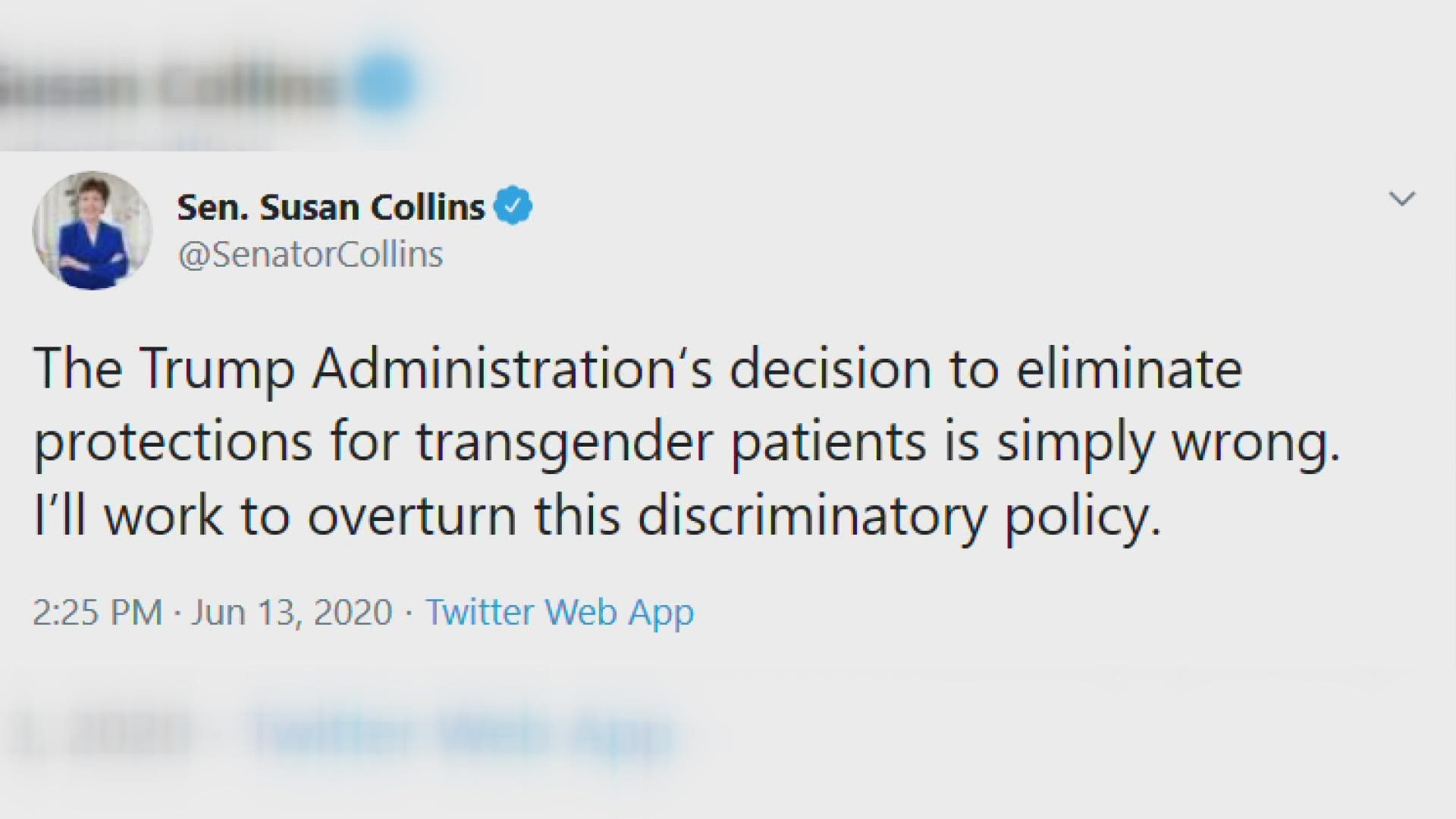 MAINE, USA — Sen. Susan Collins and Congresswomen Chellie Pingree spoke out against the Trump Administration's decision to revoke the Obama-era protections for transgender people against sex discrimination in health care.

In a tweet Saturday, Collins called the decision "simply wrong."

On Friday, Pingree tweeted that she will "keep fighting this Admin's bigoted attacks on LGBTQ people."

The administration also has moved to restrict military service by transgender men and women, proposed allowing certain homeless shelters to take gender identity into account in offering someone a bed for the night, and concluded in a 2017 Justice Department memo that federal civil rights law does not protect transgender people from discrimination at work.

The proposed new rule would also affect the notices that millions of patients get in multiple languages about their rights to translation services. Such notices often come with insurer “explanation of benefits” forms. The Trump administration says the notice requirement has become a needless burden on health care providers, requiring billions of paper notices to be mailed annually at an estimated five-year cost of $3.2 billion.