A student at Massabesic High School says she was kicked off her Zoom class because she had a political flag in the background. 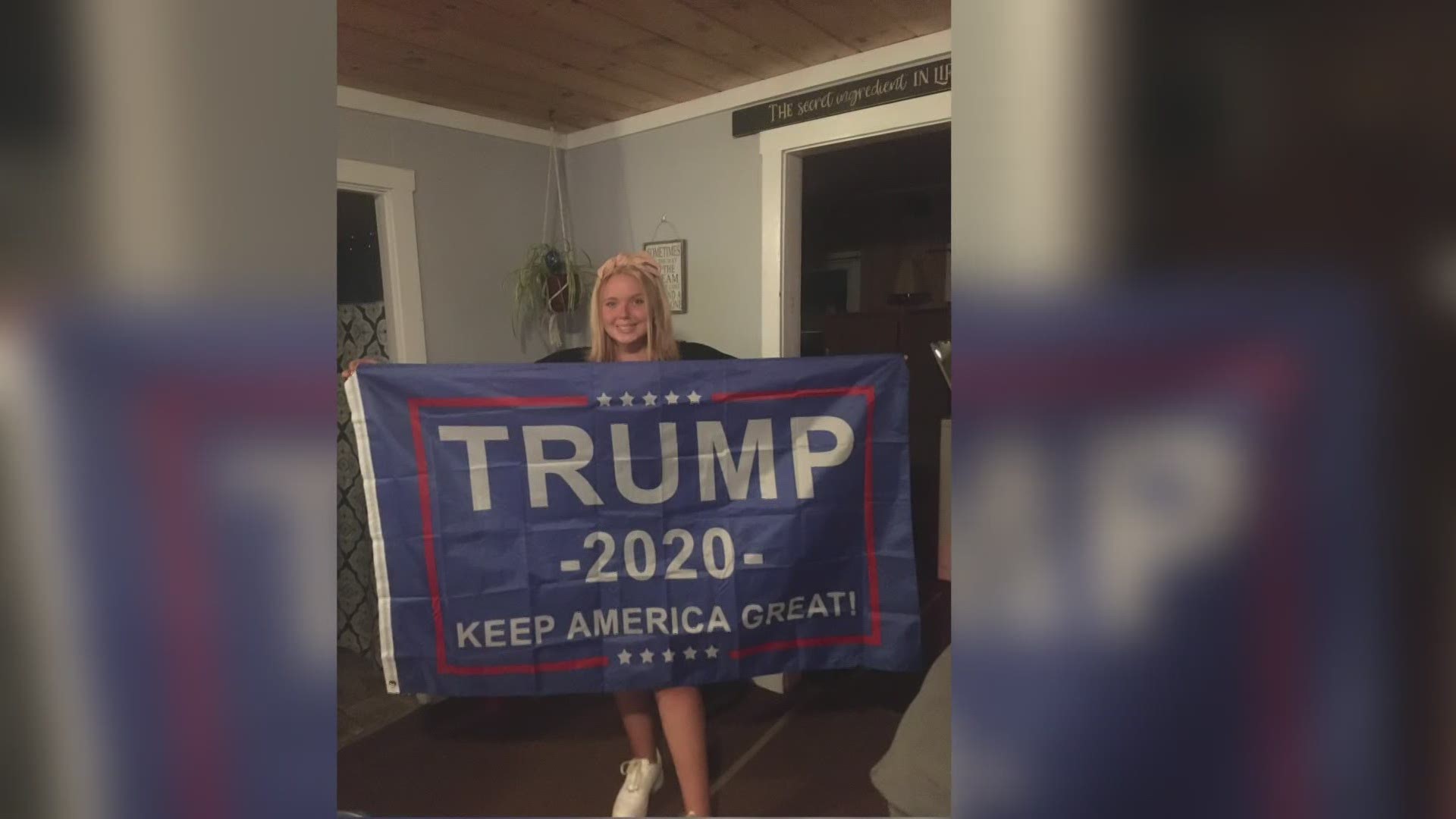 WATERBORO, Maine — Mollie Woodbury is a junior at Massabesic High School, she said on Thursday she was kicked off her Zoom math class because she had a Trump flag hanging behind where she does her school work. She said it had been up for about a week.

"It's never really been an issue, nothing has ever been said about it until the other day," Woodbury said.

She said she was asked by her teacher to remove the flag, but told her that it was in her bedroom and not offensive so she didn't have to.

Then she got a notification telling her she had been removed from the meeting by the host.

"I kinda feel like my right to have my own opinion was taken away by her," Woodbury said.

Mollie Woodbury is a junior at Massabesic High School. She says she was kicked off her Zoom class earlier this week because she had a President Trump flag hanging in the background #NEWSCENTERmaine pic.twitter.com/J2685ysoP3

"I said, well why would you get kicked off?" Morrison said of the event.

Woodbury missed most of her class that day, which was concerning to her parents.

"She's losing her right to learn, it was just uncalled for," Morrison said.

Morrison added she's proud of her daughter because she's recently gotten interested in politics because of a civics and government class she's in.

"I love that she's intrigued in politics because that's not something that everybody gets into," Morrison said.

"I just like to know what's going on in our world and the people who are running for president like what they want," Woodbury added.

Woodbury said she was back in math class on Friday, but said the teacher didn't acknowledge her at all. She is hoping this doesn't become a problem.

"I just don't really want her to like hate me or have anything against me because of this," she said.

We reached out to RSU 57 superintendent Larry Malone about this incident, he sent this statement to NEWS CENTER Maine.

"RSU 57 supports the rights of both students and staff to express their views on matters of public concern. There are; however, times when the District must make content neutral time, place and manner restrictions on speech to ensure the orderly operation of its schools and the educational process. Whereas educators are pretty familiar with what is and is not appropriate in the traditional classroom, we are all still learning the rules in a virtual environment. In this case, staff acted to ensure that permission of such display and others would be appropriate in the online setting. This situation has been discussed and resolved at the local level."