Collins spokesperson gives "no further comment" on impeachment, "because of the Senate's constitutional role in those proceedings, which includes sitting as a jury." 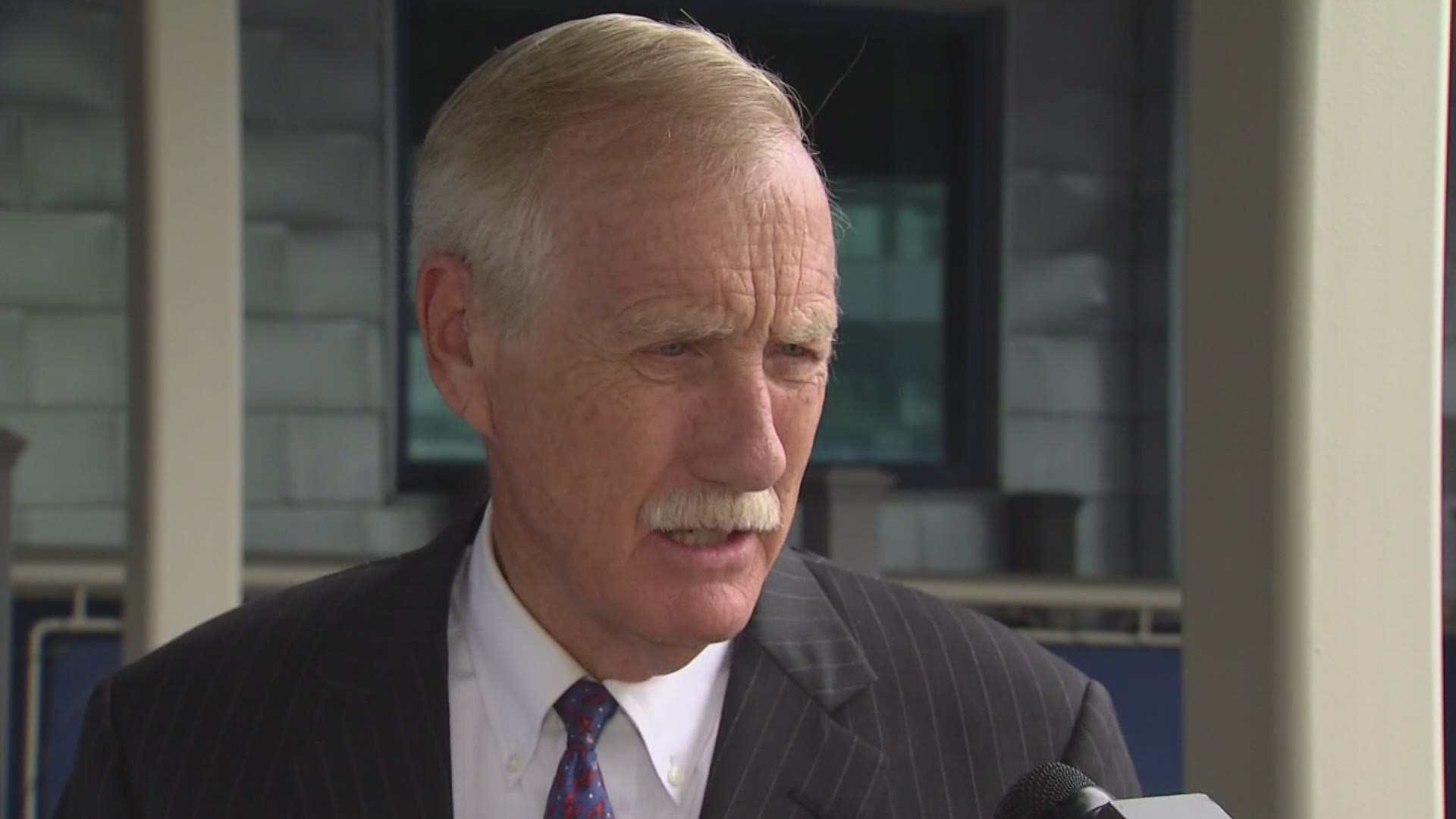 WASHINGTON D.C., DC — According to her staff, Maine's Republican Senator Susan Collins is "outraged" by the violence at the Capitol, won't comment on impeachment at this point.

"Senator Collins has talked to many of her colleagues. All of them, including Senator Collins, are outraged about the violence at the Capitol and the President's role.

Initiating the 25th amendment has nothing to do with Congress-- it requires action by the cabinet and the Vice President and seems improbable at this point.

Now that it appears that the House is going to consider an impeachment resolution next week, we won't have any further comment on impeachment because of the Senate's constitutional role in those proceedings, which includes sitting as a jury."

According to her staff, Senator Susan Collins is "outraged" by the violence at the Capitol, but won't comment on impeachment at this point. Collins Communications Director Annie Clark shared a statement with @newscentermaine on Saturday evening, January 9. (continued in thread) pic.twitter.com/vEcGOWsEqs

A growing number of lawmakers are calling on the Vice President to invoke the 25th Amendment and remove Trump from office.

RELATED: 'We kept each other safe': staffers of Sen. Susan Collins speak out after Pro-Trump riot forces lockdown

In a statement shared with NEWS CENTER Maine Thursday afternoon, January 7, King said invoking the 25th Amendment is an unprecedented step and "a grave constitutional responsibility that should not be taken lightly."

Pingree shared a video message from outside the Capitol building Thursday morning, recounting the chaos that left four dead, and dozens injured and arrested. She said, "We need to impeach him, invoke the 25th Amendment, and remove him from office."

At a press conference Thursday afternoon, Pelosi said "this is urgent" and Trump is a "very dangerous person" and needs to be removed before President-elect Joe Biden's inauguration.