Massachusetts Senator Elizabeth Warren campaigned in Maine and New Hampshire on Saturday just more than three weeks before the election. 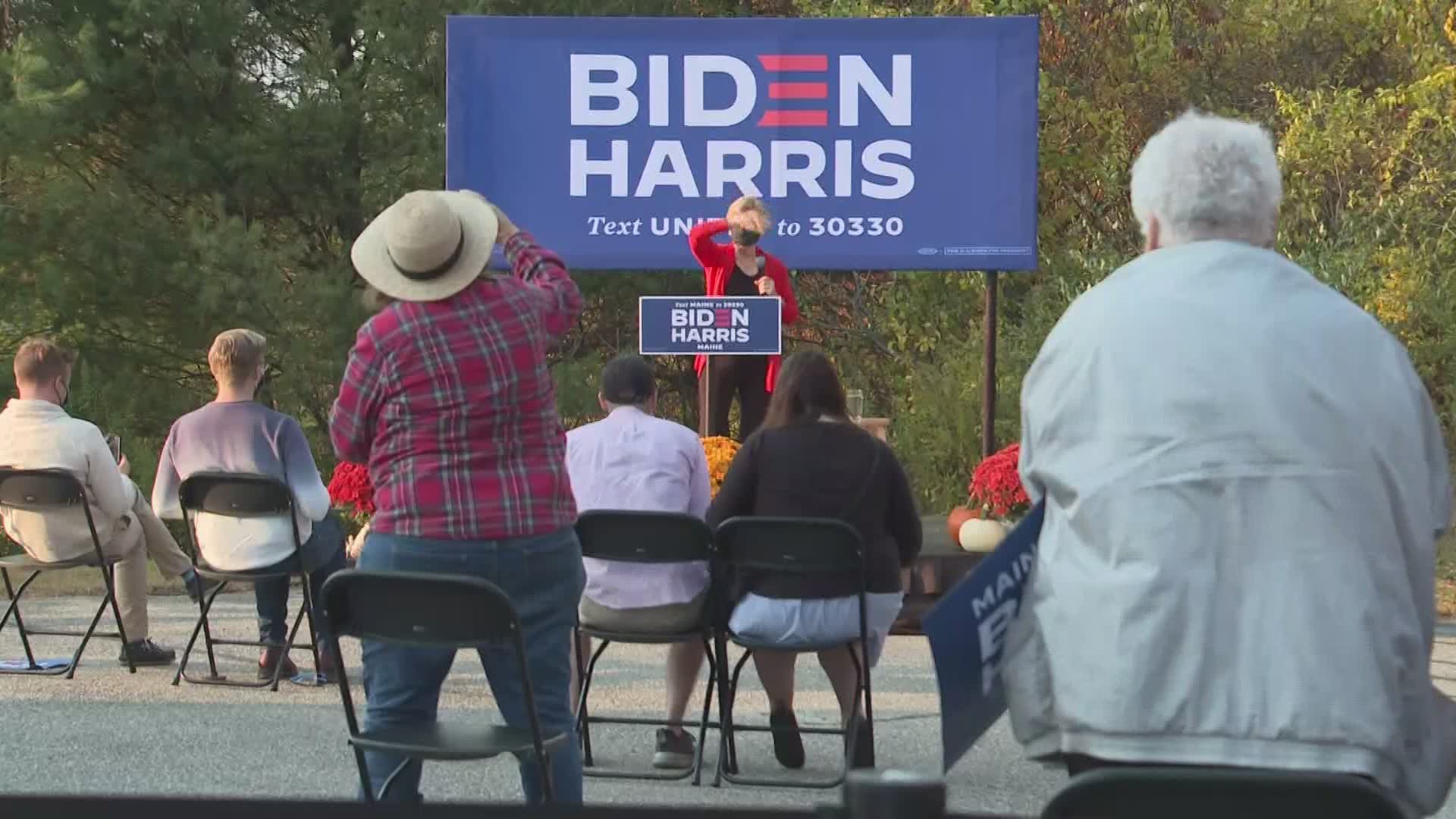 "It's been great I've been to parts of New Hampshire, parts of Maine. A chance to talk to people about 24 days left, and this is our big chance to hold our elected officials accountable," Warren said.

The crowd was outside and chairs were spread six feet apart, organizers say no more than 100 people would be allowed per the state's guidelines.

Warren spoke on some key issues including healthcare, climate change, workers' rights, and the potential of the supreme court overturning Roe V. Wade if democrats aren't elected to office in three weeks.

. @ewarren had arrived in Lewiston.
“So here we are 24 days. And I can’t wait,” she says of November 3 election #NEWSCENTRmaine pic.twitter.com/fdPz9PmJb2

Warren added she thinks Sara Gideon is the right person for Mainers to elect to hold Susan Collins accountable.

"It's hard to take on an incumbent and it's a real uphill fight no matter what but I think Sara Gideon is exactly the person to do it and that's partly because she's here to talk about Susan Collins' record," Warren said.

When asked why Gideon is the one to unseat Collins, Warren said, "I like Sara's genuine independence."

When asked why she is supporting and campaigning for Joe Biden and Kamala Harris she said it comes down to healthcare.

"Right now we are in the middle of a pandemic that has already killed more than 210,000 of our fellow Americans and to this day Donald Trump has no plan. I want Joe Biden to be President because I know that he will come in and get this virus under control," Warren said.

The Republican National Committee released a statement regarding Warren's visit to Maine, "Once again Mainers are an afterthought to Joe Biden as he sends Far-Left Flatlander Elizabeth Warren to Maine. President Trump has always been committed to Mainers, and his record of success speaks for itself," RNC Spokesperson Andrew Mahaleris said in an email.

Other speakers at this event reminded people to make a plan to vote, whether it be early or on November 3rd.