Sen. Collins: Trump's tweet was 'way over the line'

Senator Susan Collins said while she disagrees with the four democratic congresswomen, she believes President Trump's tweets were out of line 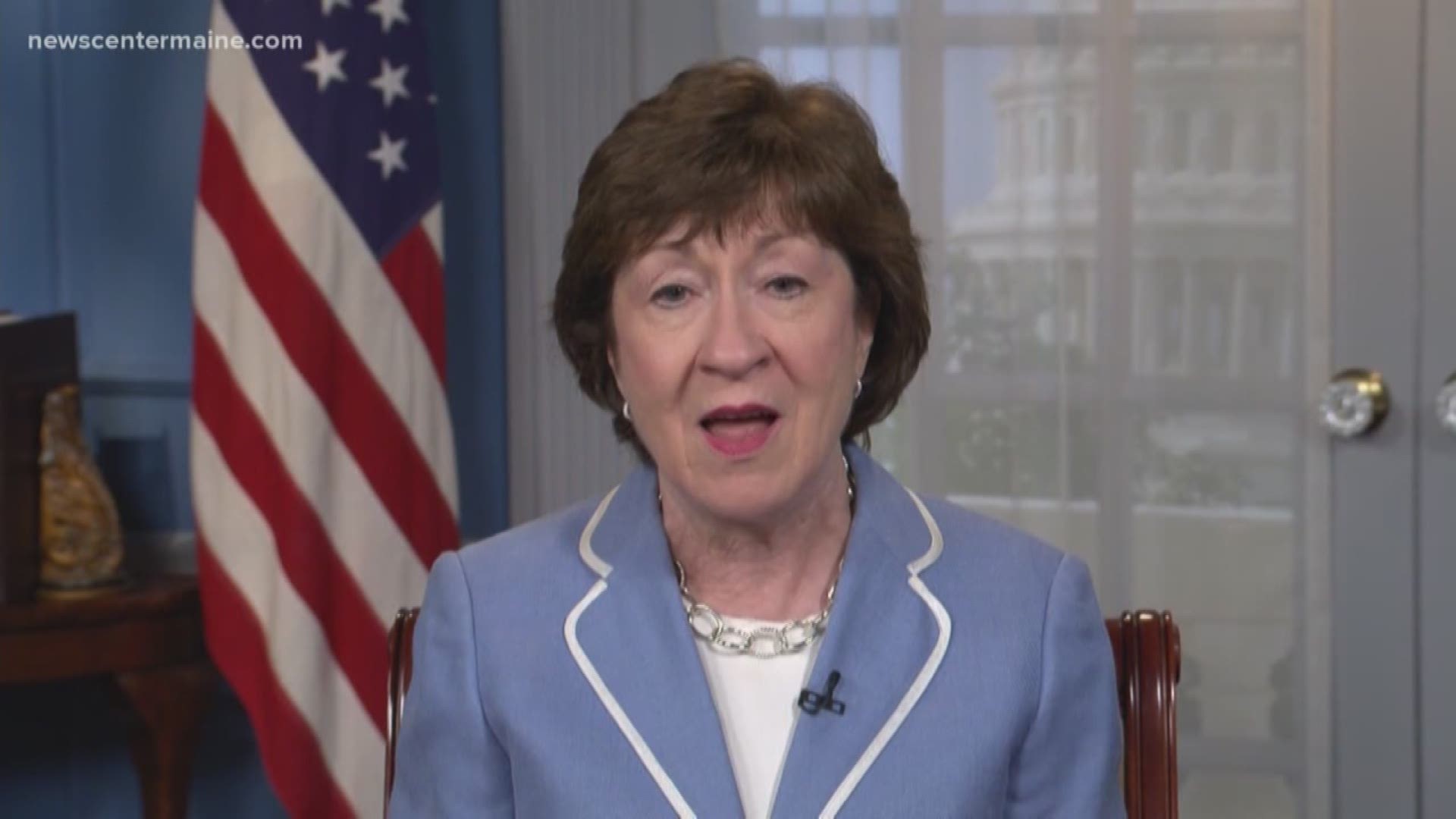 WASHINGTON, D.C., USA — Republican U.S. Sen. Susan Collins of Maine says the president's tweet that four congresswomen of color should go back to the places from which they came "was way over the line."

She said she disagrees with some comments by "far-left members" of the House Democratic caucus about views on socialism and anti-Semitic and anti-law enforcement comments.

But she said the president should take back his comments. Instead, Trump tweeted Monday that they ought to apologize to him for past remarks about Israel and about him.

Rep. Ilhan Omar of Minnesota caused an uproar when she suggested that members of Congress support Israel for money, and Rep. Rashida Tlaib of Michigan riled Trump supporters by calling him a profanity.