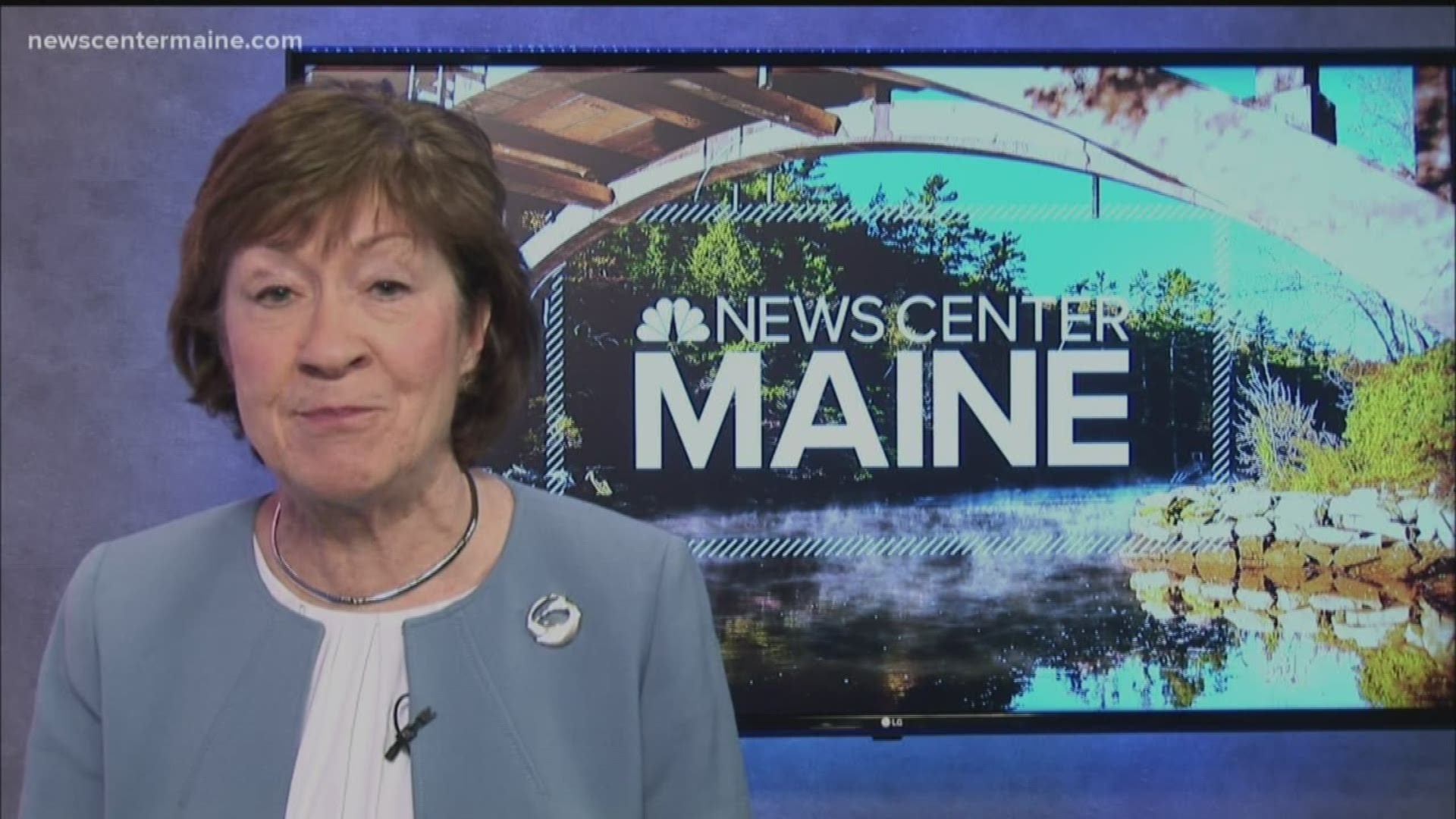 BANGOR, Maine — In 1999, then-President Bill Clinton faced trial in the U.S. Senate after being impeached by the House.  It was a highly partisan impeachment process, not unlike the current impeachment targeting President Trump.  And, like today, Susan Collins was one of the 100 senators who had to sit in judgment and cast a vote to decide if the President should stay in office.

"The fact is the Clinton trial was less partisan," Collins told NEWS CENTER Maine, on Monday.

"For example, the two leaders suggested an approach to begin the trial that was approved unanimously. It's hard to imagine that happening with the trial of President Trump."

Collins says current Senate leaders like Mitch McConnell and Chuck Schumer need to get together and arrange for a fair process like the leaders did 20 years ago. Collins says she is open to the idea of new witnesses for the trial, but not until after senators hear initial arguments from both Democrats and President Trump's side.

Several GOP senators have already said they will vote to support President Trump. Majority Leader Sen. Mitch McConnell has said he will consult with White House attorney as the trial is planned and conducted. Sen. Collins says that is improper, and that senators need to remain impartial as they see and hear the evidence in the case. 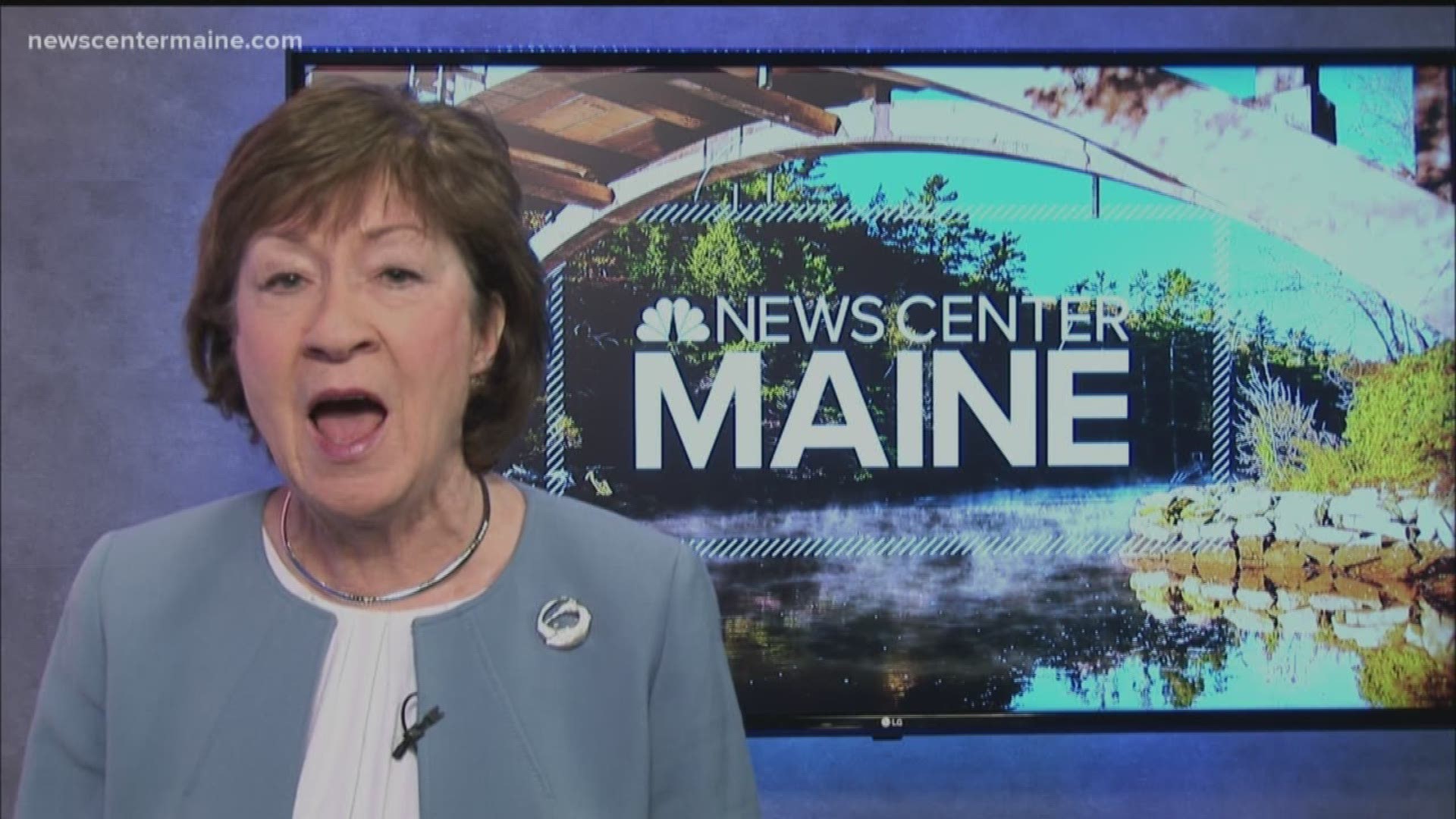 "After all," says Collins, "each of us has to take an oath where we swear to render impartial justice. I don't see how you can be faithful to that oath if you've already prejudged the outcome of the trial as senators, many senators regrettably, on both sides of the aisle have done."

Collins told us there's a lot of pressure from both left and right, but she still refuses to take a position on Trump and Ukraine until a Senate vote.

The Maine senator says she is open to hearing from additional witnesses in some form—perhaps sworn depositions— potentially including Trump Administration members who refused to comply with subpoenas from the House Judiciary Committee. Collins says she doesn't understand why the House would not wait for the courts to decide if those witnesses should be compelled to testify before voting on the articles of impeachment.