According to reports, President Trump will meet with some of his Republican critics during the impeachment inquiry, including Senator Susan Collins. 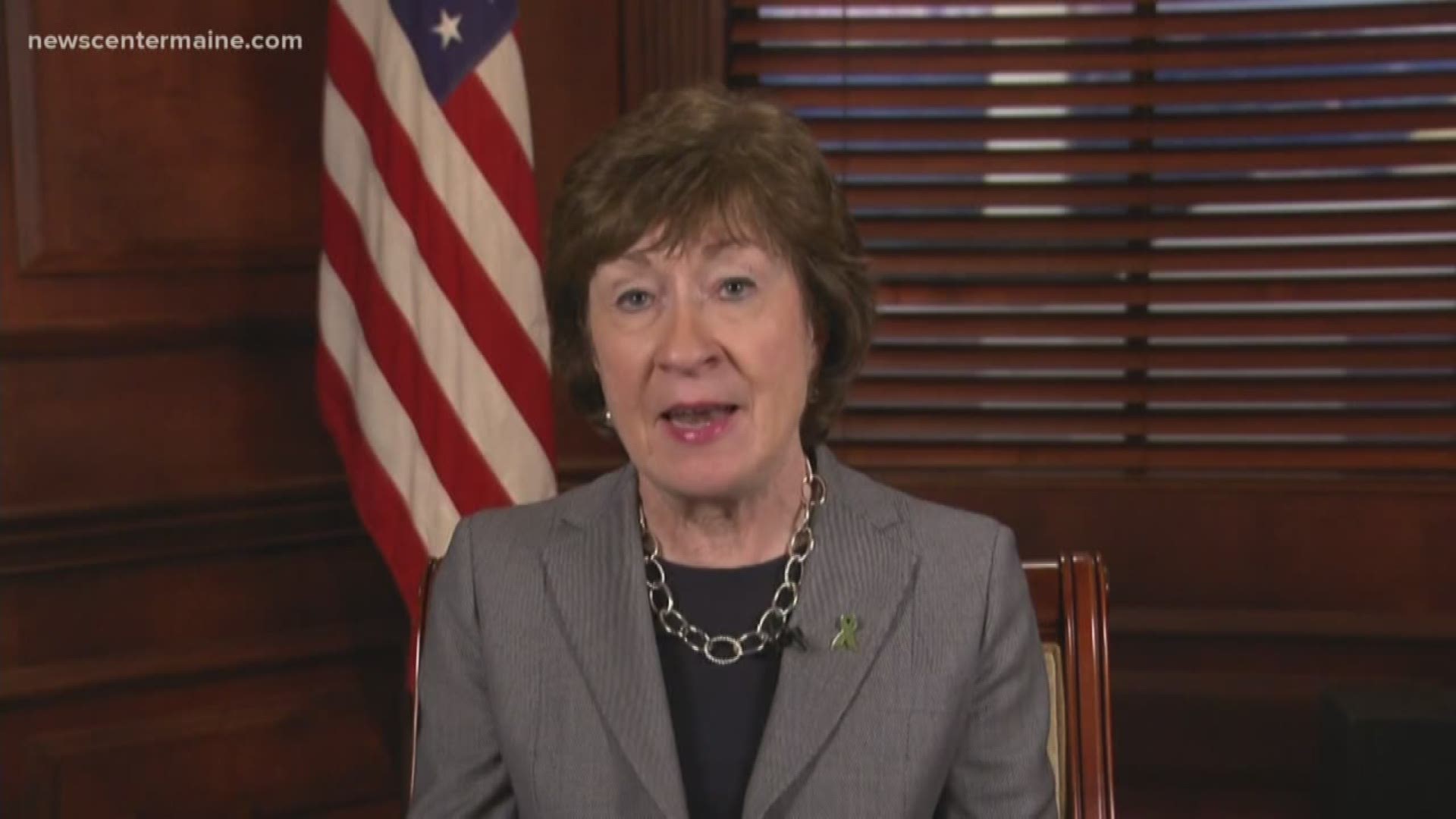 According to Politico, those senators will include "two of the most unpredictable jurors in any Senate trial, Mitt Romney and Susan Collins."

The Politico report said President Trump has met with more than 40 Republican senators since the fall season began.

Sen. Collins is up for re-election in 2020. She has not commented publicly on impeachment, but she did criticized the president for asking China to investigate the Bidens, saying it was “completely inappropriate.”

NEWS CENTER Maine reached out to Annie Clark, a spokeswoman for Sen. Collins, for comment. She confirmed that "a lunch (with the president) is happening."

Politico said, according to one of their sources, a separate group of Republican senators will meet with White House counsel Pat Cipollone on Thursday.

If the House votes to impeach President Trump, the vote would then move to the Senate to seal the fate of his presidency.

RELATED: Republicans holding together in wake of impeachment testimony