Collins says the plan is not ideal, but necessary to get the government reopened for 800,000 federal workers. 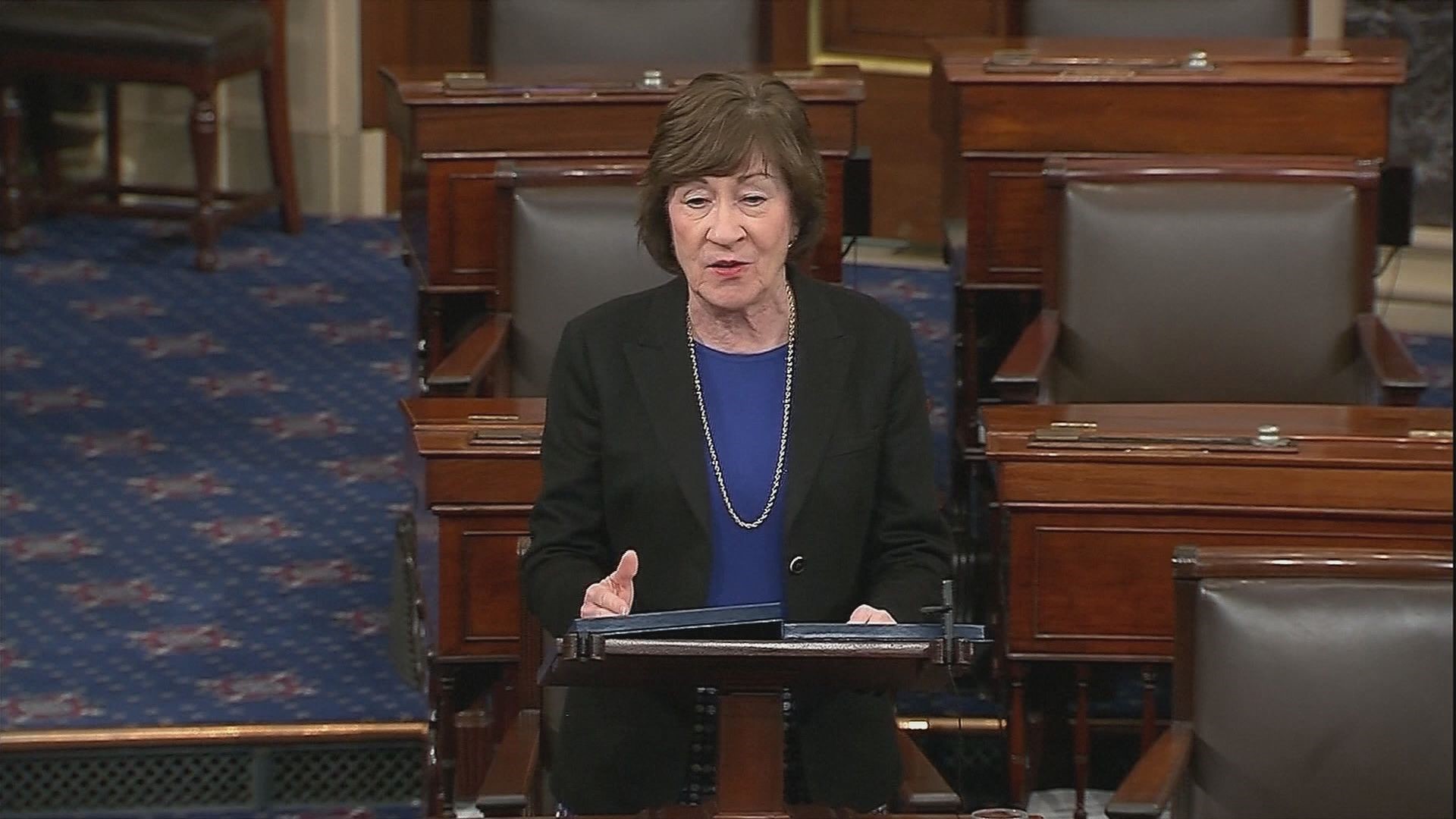 Collins has announced her support of President Trump’s proposal to end the government shutdown now in its 34th day—including $5.7 billion to fund a physical border wall and temporary protection for immigrants.

RELATED: Shutdown day 34: Senate to vote on two bills not expected to pass

The republican senator admitted Trump’s plan "is by no means ideal but it would result in the reopening of government, my priority” in a speech on the Senate floor Wednesday.

“His legislative package avoids the chicken and the egg dilemma of whether we should reopen government first or whether border security measures should be considered first.” Collins said.

RELATED: Trump postpones State of the Union after Pelosi block

Dozens of protesters demonstrated outside her office in Portland calling for her to do something to end the shutdown.

Many of those protesters were federal workers, including TSA officer and vice president of the American Federation of Government Employees. Joe Reiley.

"They are at the Jetport," said Reiley. "They're protecting the flights and protecting our national security. They are doing it as an indentured servant because they are not being paid."

RELATED: Protesters call on Collins to end the shutdown

Collins is urging lawmakers on both sides to think of the 800,000 federal workers impacted in order to reach a compromise.

“[The proposal] would reopen government, strengthen the security of our borders, change some immigration rules for the better and some, in my judgement, for the worse,” Collins said.

Collins said she believes the protections for immigrants known as 'Dreamers' should be permanent, not temporary.

A spokesperson for Collins said she also plans to support the democrat-sponsored bill.

Neither bill to reopen the government is expected to pass. The Trump administration is preparing for the shutdown to continue for weeks.